Front of the New Palace 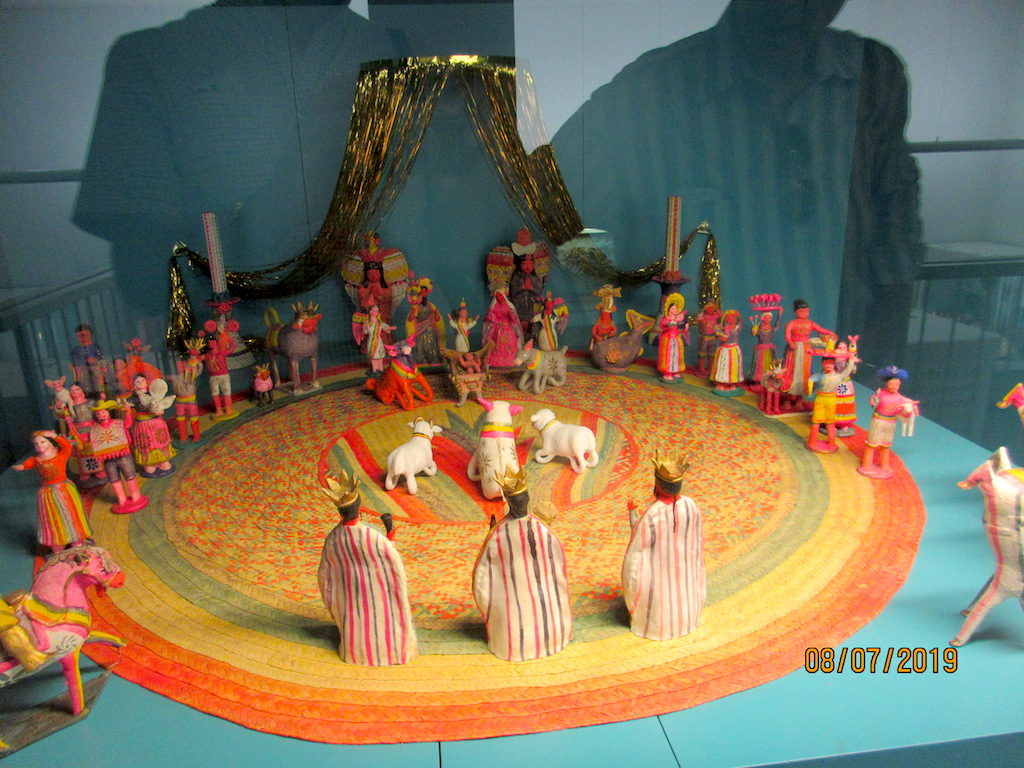 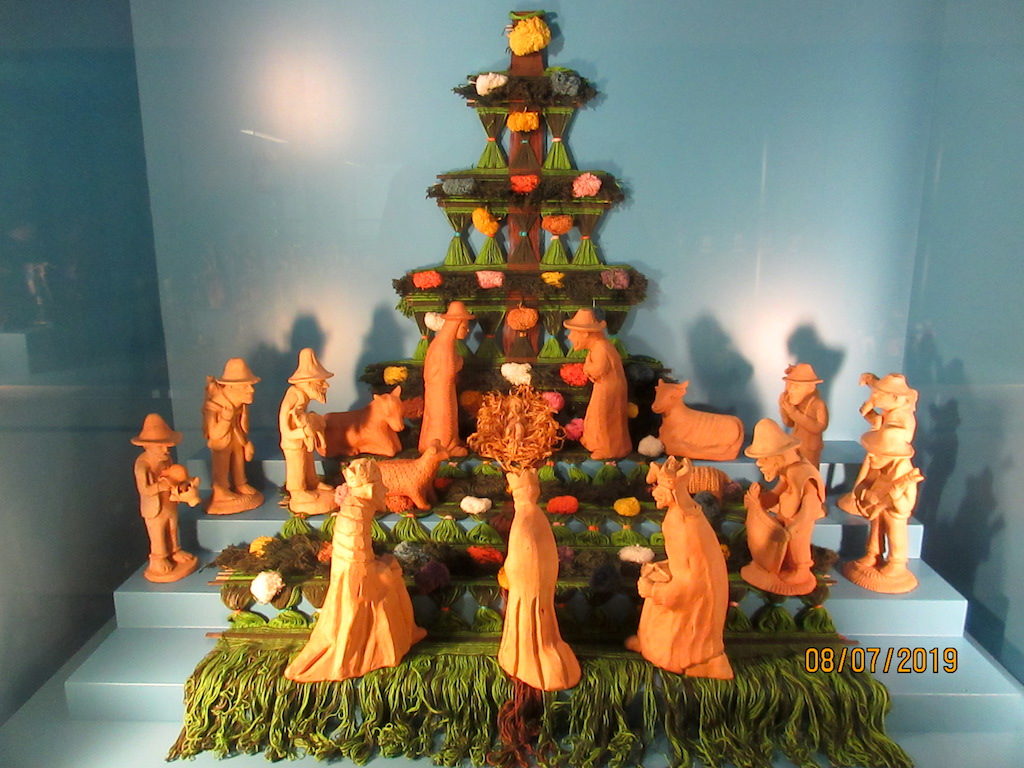 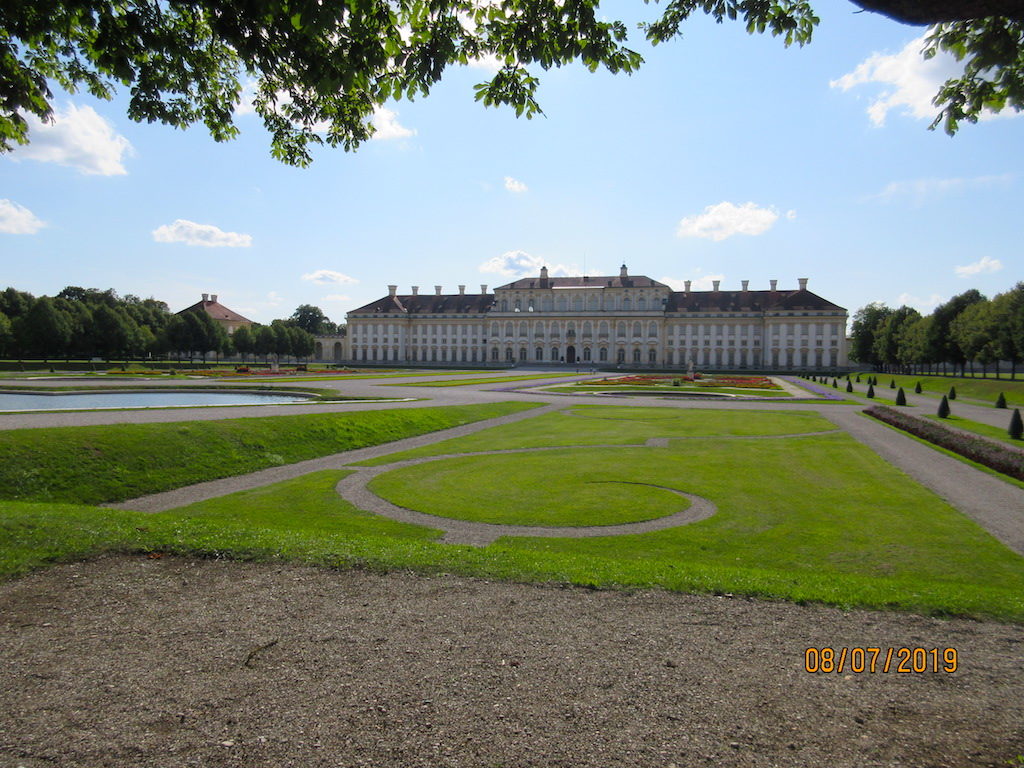 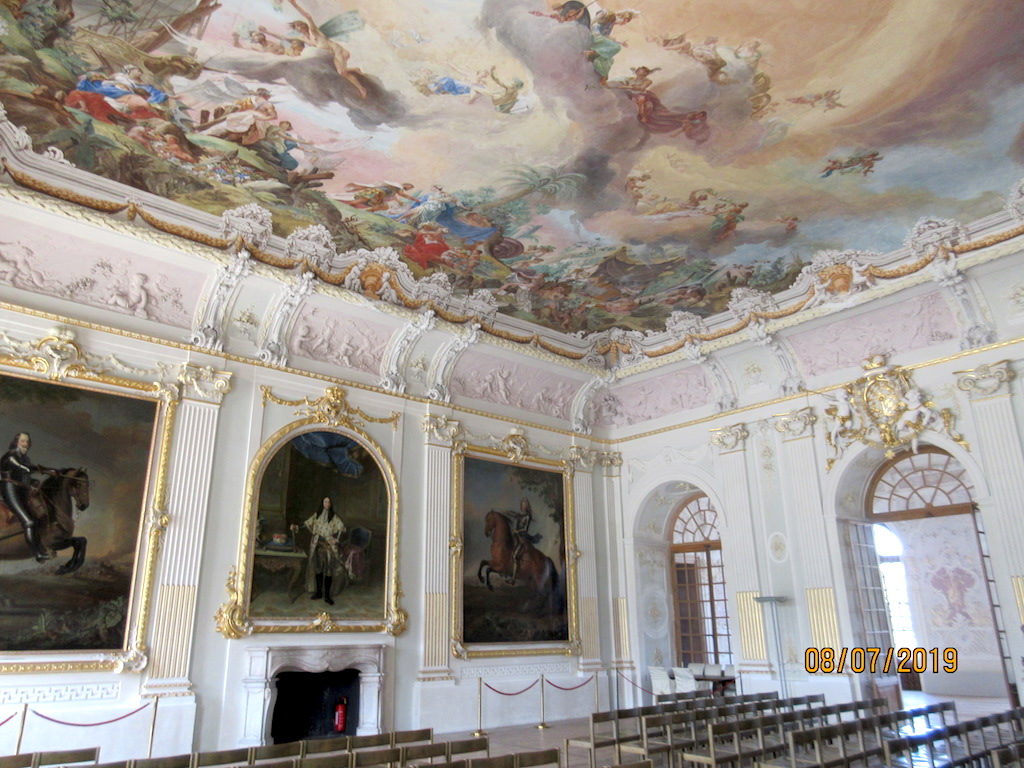 Interior of the New Palace 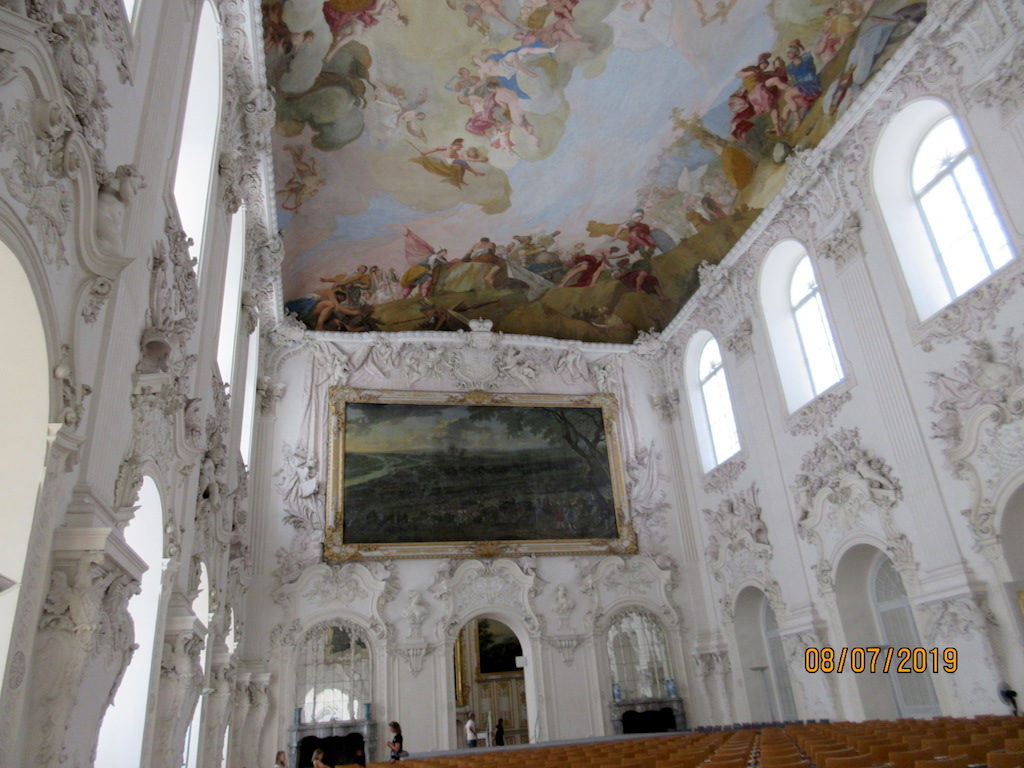 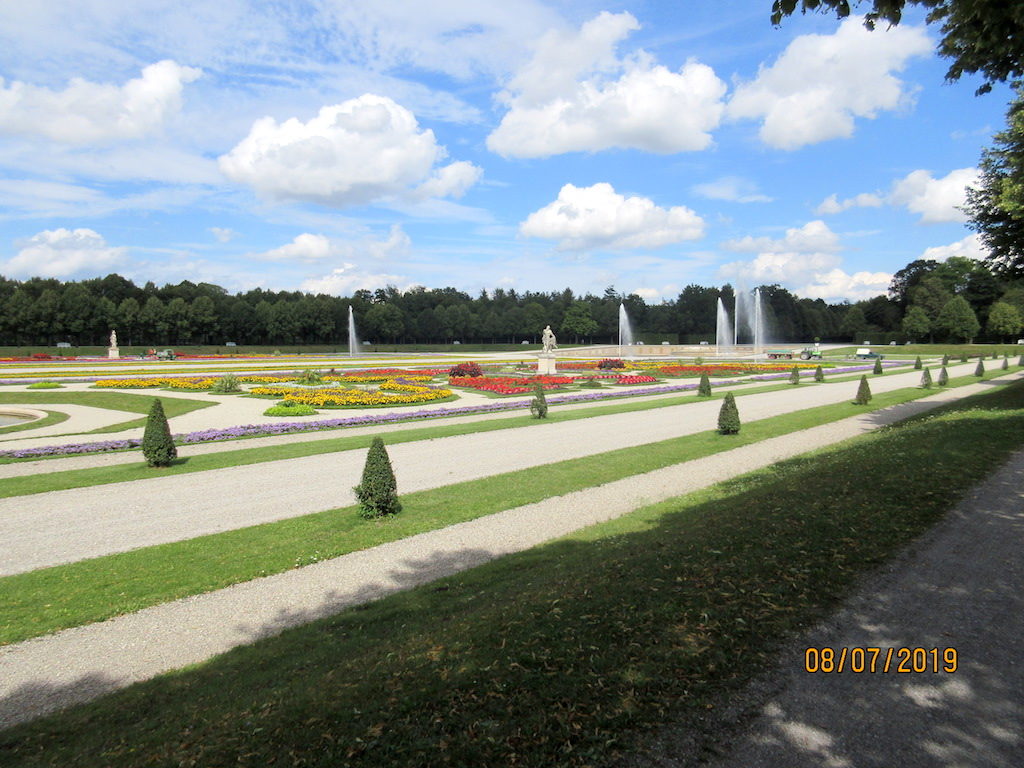 Gardens behind the New Palace

This morning we headed out by train to the Schleissheim Palace Complex built by Duke Wilhelm V of Bavaria. In 1597 Wilhelm purchased the isolated moorland farm of Schleissheim with its St. Margaret’s Chapel for a large sum of money from the Freising Cathedral Chapter. Wilhelm renounced the splendors of court life at an early stage, devoting himself to religious meditation and in 1598 finally abdicated in favor of his energetic son Maximilian.

Between 1598 and 1600 Wilhelm had an estate and a manor built within the complex, which was surrounded by small hermitages and forest chapels. The duke, who had no intention of altering the character of the property as a farm, extended its activities with a stud farm which supplied his stables. Schleissheim beer and cheese were also produced.

Attracted by the profits from the farming business, Maximilian I (reigned from 1598-1651) acquired the complex from his father in 1616 in return for a life annuity. From 1617 Duke Maximilian had his father’s manor replaced by a palace now known as the Old Palace. Most of it was destroyed during WWII, but in its reconstructed form is still the best example of a country palace in the style of villa architecture.

A new chapter commenced with the reign of Elector Max Emanuel from 1680 to 1726. Under his rule, a magnificent New Palace was built after 1700 and is one of the best examples of European residential palaces. The ceiling frescoes marked the beginning of a new epoch in South German ceiling painting, and the interiors, especially the carved paneling, the furniture and stucco-work decorations are some of the most magnificent of their kind.

Inside the Old Palace we explored exhibitions by the National Museum showing many different Nativity scenes from around the world. The nativity sets were extraordinary from all over the world and ranged from simple sets of a few figures to extensive sets with hundreds of figures. In addition to the full nativity sets, there was an entire section dedicated to just figures of Jesus as a baby. Many were displayed in glass cases lying in beds of straw, cotton or some other material. Also, of interest was a collection of figurines of Adam and Eve depicted in all colors, shapes and sizes. There were also exhibits about religious Christmas decorations, hand-painted eggs and icons from Russia.

In the New Palace we toured about 40 rooms filled with original plaster details, frescoed ceilings, brocade upholstered walls, hardwood floors and extensive art from the period provided by the National Museum. The excellent condition of the palace and the sheer size of the property is mind boggling.

At the far end of the garden there is a two-story building, originally built as a hunting lodge between 1684 and 1688, that now houses an incredible collection of 18th-century Meissen Porcelain. The porcelain collection has not only dining place settings but also tea pots, serving pieces, animal figurines, candlesticks, vases and more. The collection was very interesting. Kent wanted to sit down in this building and proceeded to fall off a padded stool into one of the porcelain display cabinets. Five guards came running and appeared to be more concerned about Kent than the porcelain. No porcelain was broken and Kent is OK, too!

Also, on the property is a small chapel and stable building. The gardens are very beautiful and extensive. It was a wonderful day spent in the countryside and there were very few people visiting the palaces so it was a joy to take time and enjoy each magnificent detail.

Back in Munich we walked to a local Vietnamese restaurant near our hotel for dinner. We were tired but it was a good day.

Some Munich observations: Lots of people, especially women, smoke on the street. Many people are seen eating sandwiches out of paper bags while walking along the street. Many food stands have no place to sit, so purchasers eat on the street while going from point A to B. There are many non-Germans from a wide variety of countries on the streets. Sometimes it is difficult to find people on the street who look “stereotypically German.” They are there, but are seemingly outnumbered in central Munich.