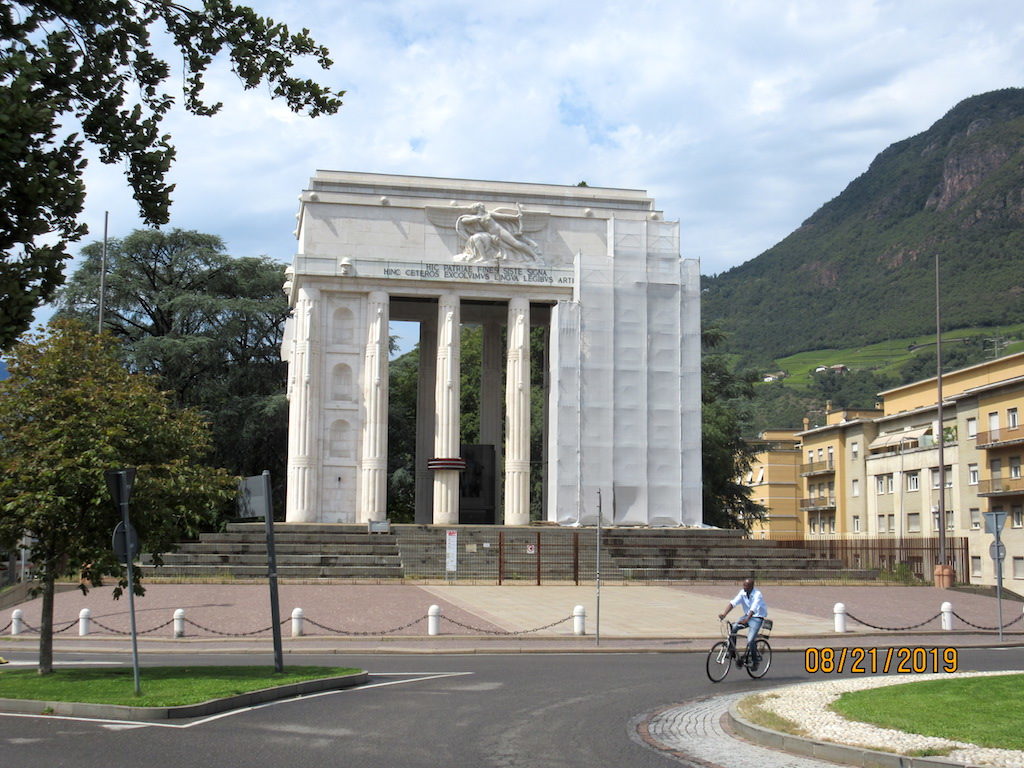 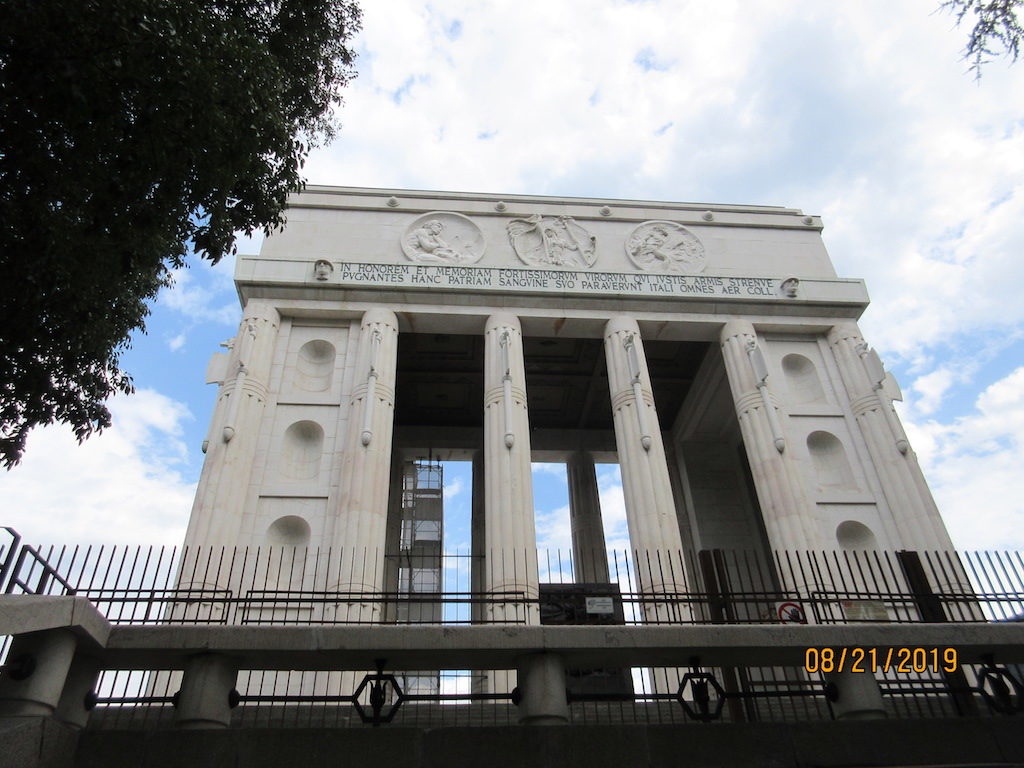 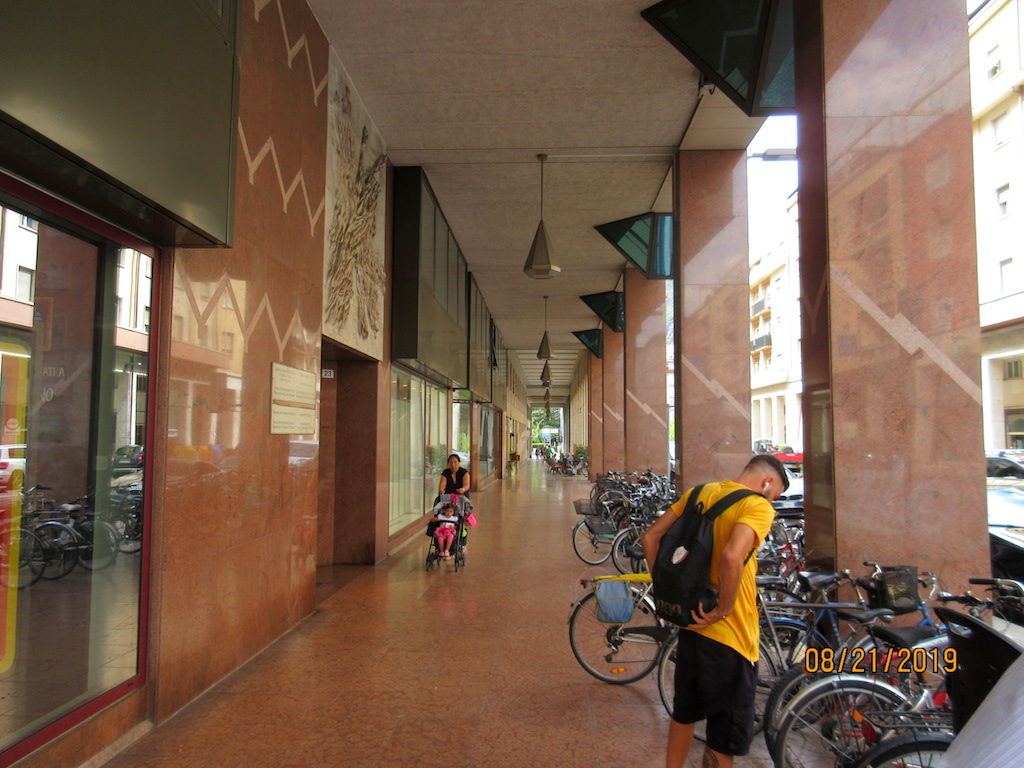 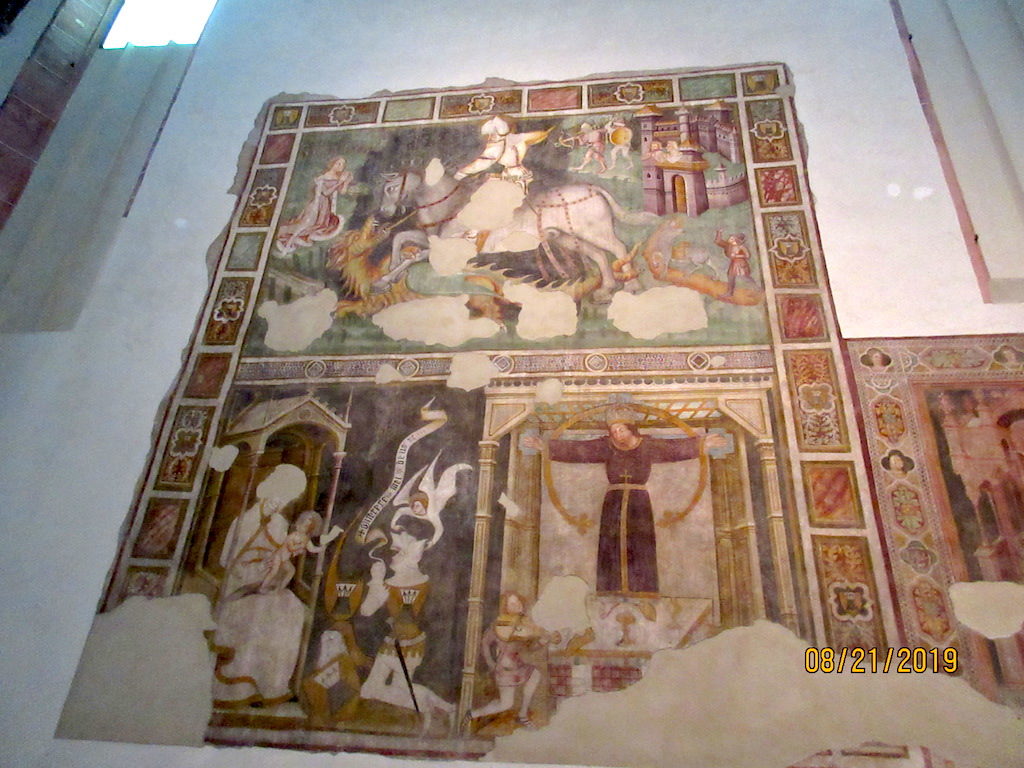 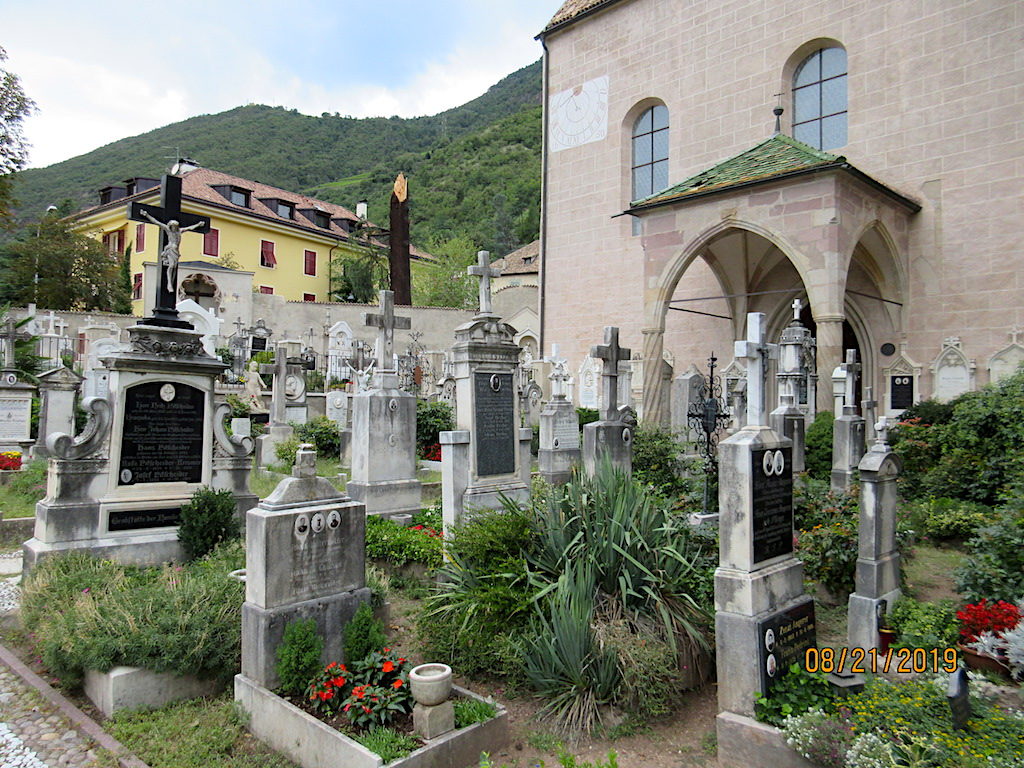 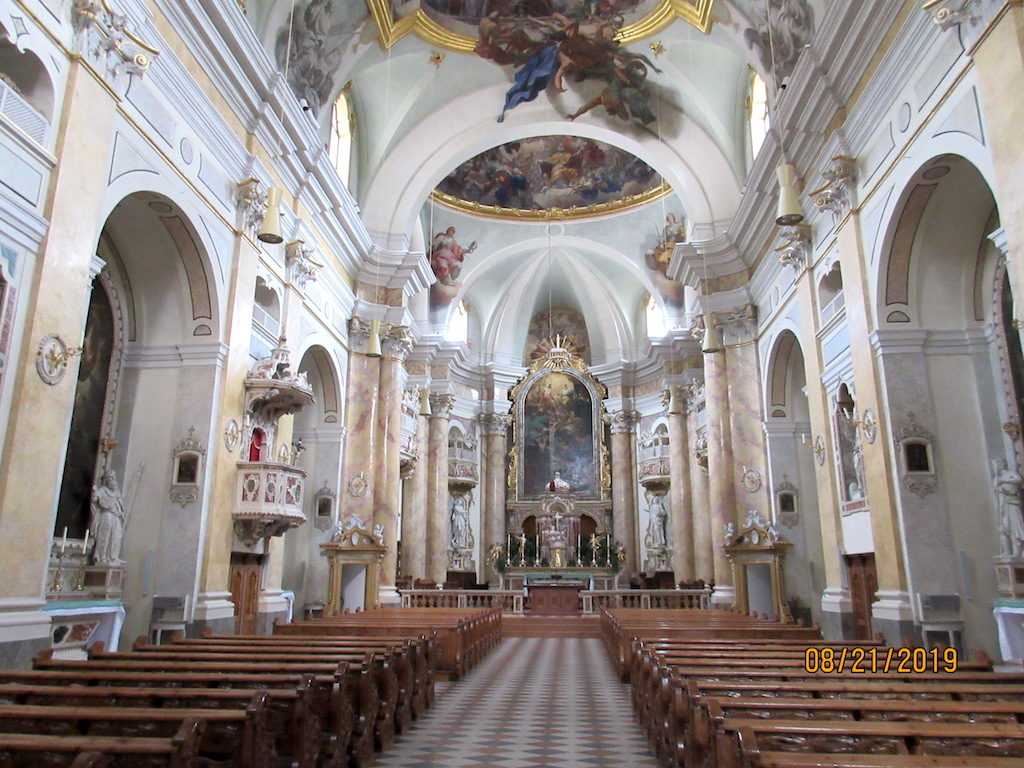 Overnight, we had some heavy rain, lightning and thunder but the days have been mostly warm and dry.

On this morning we took the Gondola down the mountain to Bolzano where we visited the Kolping Center for a lecture by Professor Andreas Hapkemeyer. The Kolping Center is a place where folks can go to learn a trade like cooking, woodworking, parenting, horseshoeing, wood carving and more.
The professor discussed the Tyrolean region and how the change in borders over the last 100 years or so has resulted in the need for four passports even if you lived in the same home. This area was once a part of the Austro-Hungarian Empire, Austria, German and now part of Italy.

At the end of the 1920’s there were about 30,000 residents in Bolzano but Mussolini wanted it to be more Italian to show his power on the border. He had a goal of increasing the population to 100,000 residents, mostly of Italian descent. The area was producing steel and magnesium and they needed a larger work force so mostly poor people from all parts of Italy were brought here to live and work.

New shopping arcades, apartments and streets were built to accommodate the new influx of workers and to increase the population. The new construction was much more streamlined and modern in comparison to the architecture that had existed in the past. The new shopping arcades lined new avenues and the covered porticos were much larger in scale than anything that had existed previously.

Between 1926 and 1928 a monument was built called the Monumento Alla Vittoria in what would be the new center of town strategically placed between the old town and new town. This would become the first Fascist Monument and would become the scene for the most important public gatherings in the city. Political rallies and ceremonies of the Fascist Regime took place here.

The monument is similar to the Arc de’ Triumph in Paris designed with the symbols of the Fascist regime. Columns resembling a bundle of wooden sticks with protruding axe-heads had been an ancient Roman symbol of power and were used for the monument. The bundled wooden sticks were a symbol that together we can be greater than we can be individually.

After the second World War, the monument has remained a focus of tensions between Fascists and anti-Fascists and between linguistic groups. Today the monument remains although there have been many discussions about whether this monument should be torn down. To help educate the public about the history of the monument over time, it now houses a museum in the basement.

During our lecture Christine snuck out and purchased twenty gelato ice cream cups in all different flavors for us to enjoy. After the lecture we had time for a small bite to eat before meeting back up with the group at the monument museum for a self-guided tour. The museum is not too large and but has a lot of information on its history and photos over history.

We also visited a couple of different churches in town. The first was the Dominican Church with very old frescoes painted on the walls. The second was an interesting cemetery at the Ancient Gries Parish Church. The third was the Church of St. Augustine with its very ornate interior.