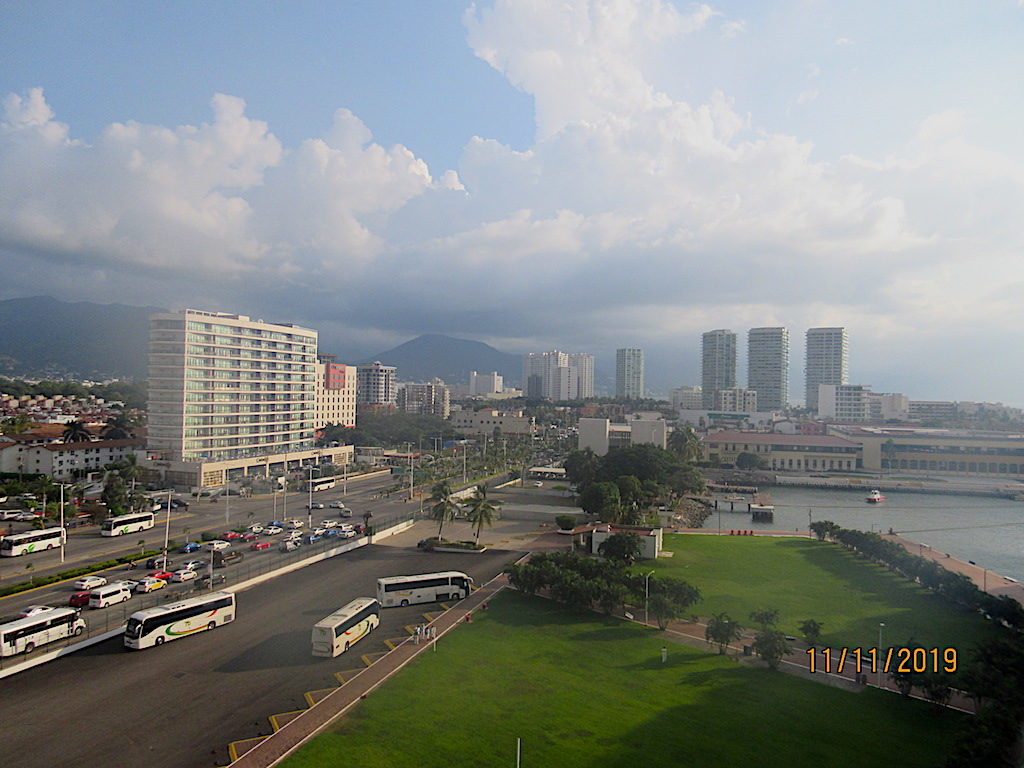 Puerto Vallarta from the Ship 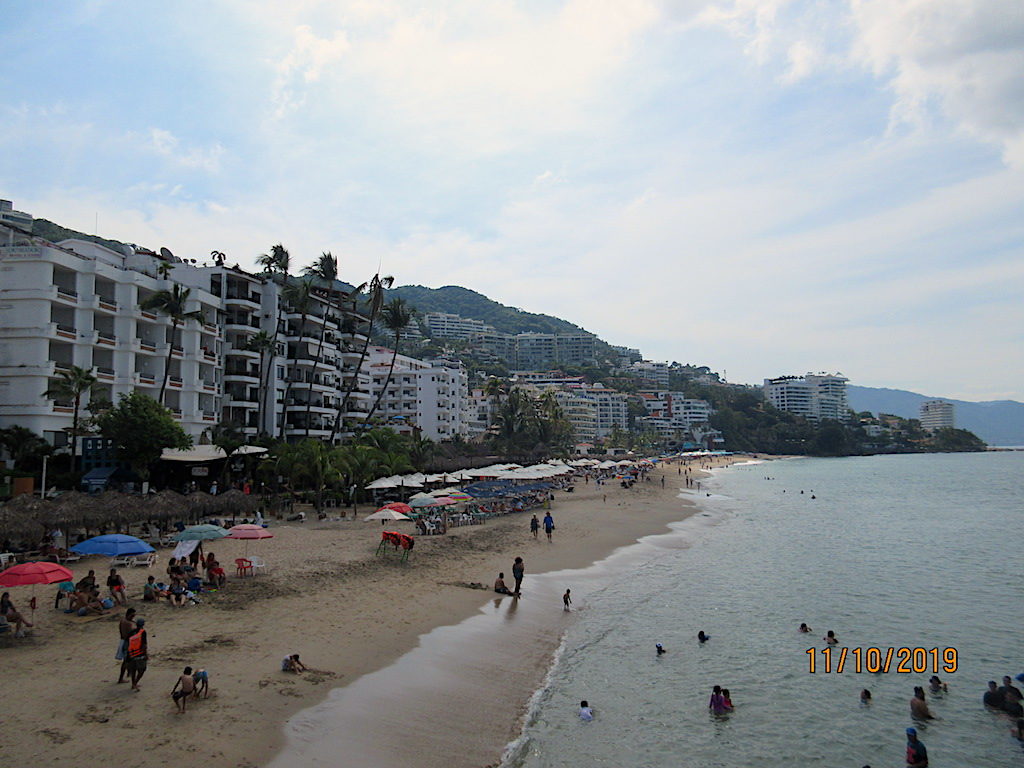 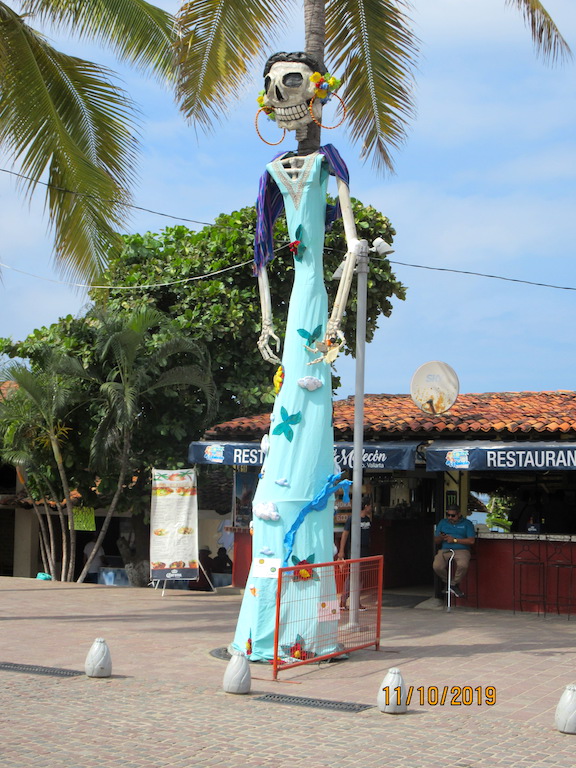 Day of the Dead Skeleton 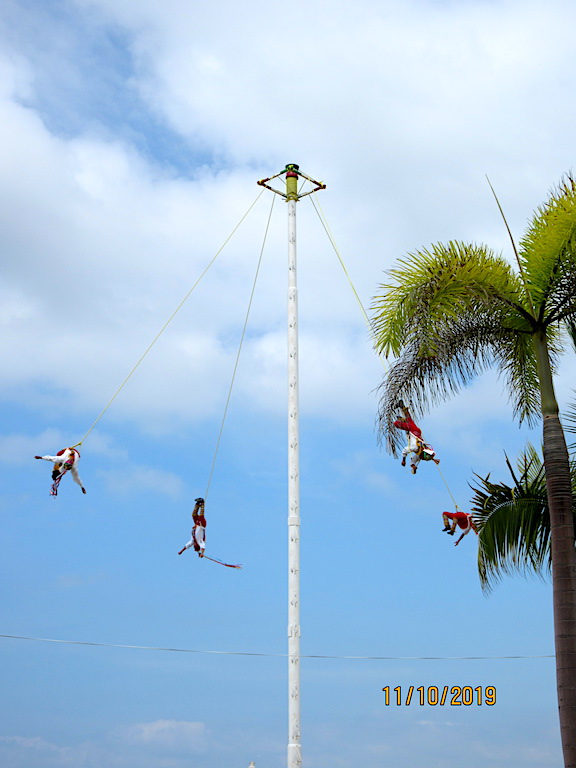 Men Spinning from a Pole on the Beach 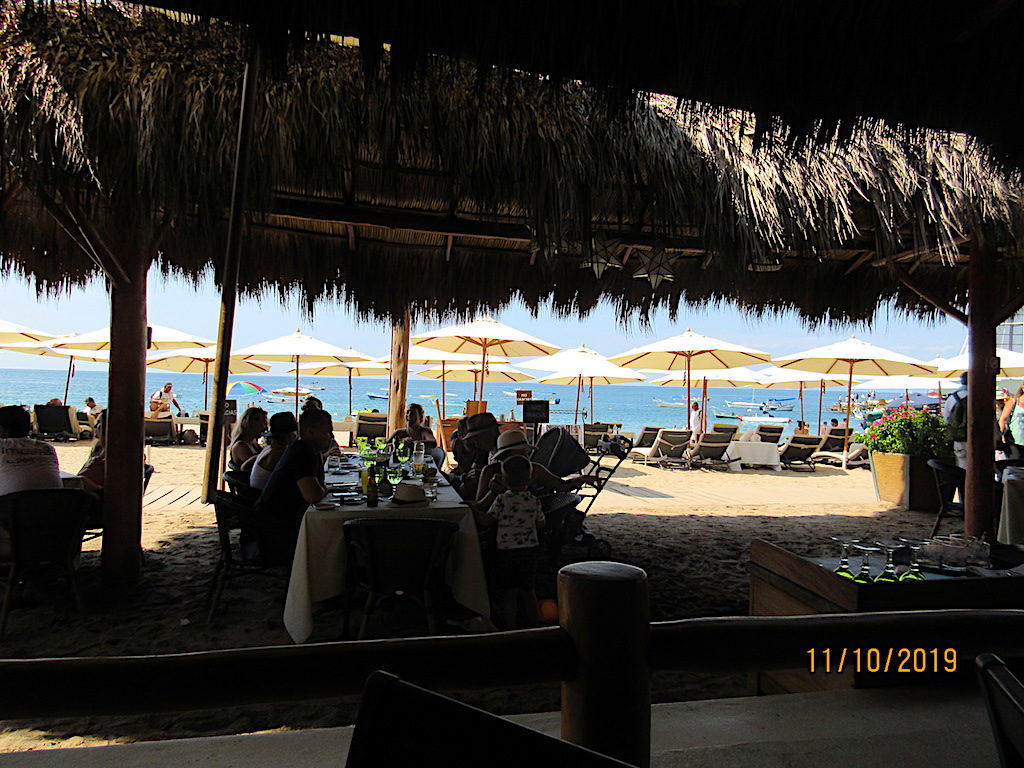 Puerto Vallarta is a Mexican beach resort city and is an international tourist destination. By the 1950’s Puerto Vallarta had begun attracting American writers and artists in search of a retreat from the era of Eisenhower and McCarthy. By 1962 a new airport connected Los Angeles with Puerto Vallarta via a stop in Mazatlán. In 1964 John Huston filmed his movie “The Night of the Iguana” nearby and provided extensive coverage in the US media about the affair of Elizabeth Taylor and Richard Burton. This helped put Puerto Vallarta on the map for US tourists.

By 1970 the first harbor was inaugurated making it accessible to cruise ships. Also, in 1970 Richard Nixon met with the Mexican president Gustavo Diaz Ordaz in Puerto Vallarta for treaty negotiations.

The average daily temperature ranges from 70 to 86 degrees with 75% humidity making it a tropical paradise. Today, Puerto Vallarta has become a popular retirement destination for US and Canadian retirees. The population has grown from about 10,000 in the 1950’s to nearly 200,000 today, while the surrounding urban area now totals over 500,000.

For breakfast, Claire, Kent, Sandy and I went to Triton’s restaurant for what they were calling brunch. Brunch meant that you could order breakfast items like the Mickey Mouse shaped waffles or lunch items like sandwiches. While we were there about six staff members came to check on our waiter’s service and the food as Mark had made some comments about the food over the last couple of days. They even had one of the chefs come out and speak with Mark. It was embarrassing how many people came and asked us the same things about the service and the food. I just hope that I have not gotten any of the staff in trouble with my comments about the food and service.

Kent and I took the local city ($1.00 for two) bus from the port into the central district along the Malecon or waterfront. There were still many “Day of the Dead” skeletons along the waterfront set up by local hotels, businesses and organizations. There were also four men doing an unusual performance from a tall pole with four men spinning around the pole on cables as they played the flute.

The weather was very warm and very humid, but along the coast there was a bit of a cool breeze that made it tolerable. We walked south along the waterfront until we reached one of our favorite beach side restaurants called La Palapa Restaurant and Bar. The palapa is a large thatched roof-covered restaurant along the water with many umbrellas, covered tables and chairs out front. We enjoyed the indoor area under the palapa where they have ceiling fans that keep the gentle breeze going. For lunch we enjoyed guacamole and chips, fish tacos on homemade tortillas and a chicken quesadilla. Everything was very tasty and the staff was very attentive.

The evening’s entertainment was titled The Music and Comedy of John Charles. John wandered the audience interacting with the guests about their favorite music. From there he would tell funny antics while he formulated what song he was going to sing. He would then start playing his guitar and singing the song of the guest’s choice. He has a huge range of songs that he knows the words to and has a good voice. He often impersonates the artist, male or female and can sing in a wide range of keys.

For dinner, we were back in the Animator’s Palate Restaurant where the frames on the wall were filled with moving sketches. You can watch the screens as a Disney character is drawn from start to finish. We all had the beef tenderloin which was very good, but the rest of the meal was a bit forgettable.

After dinner we attended a show in the Azure lounge with a comedian by the name of Heath Hyche. Heath is a bit crazy and does a lot of physical comedy running all over the stage, acting out characters and telling stories. Not really my cup of tea but a lot of people in the audience seemed to enjoy him.