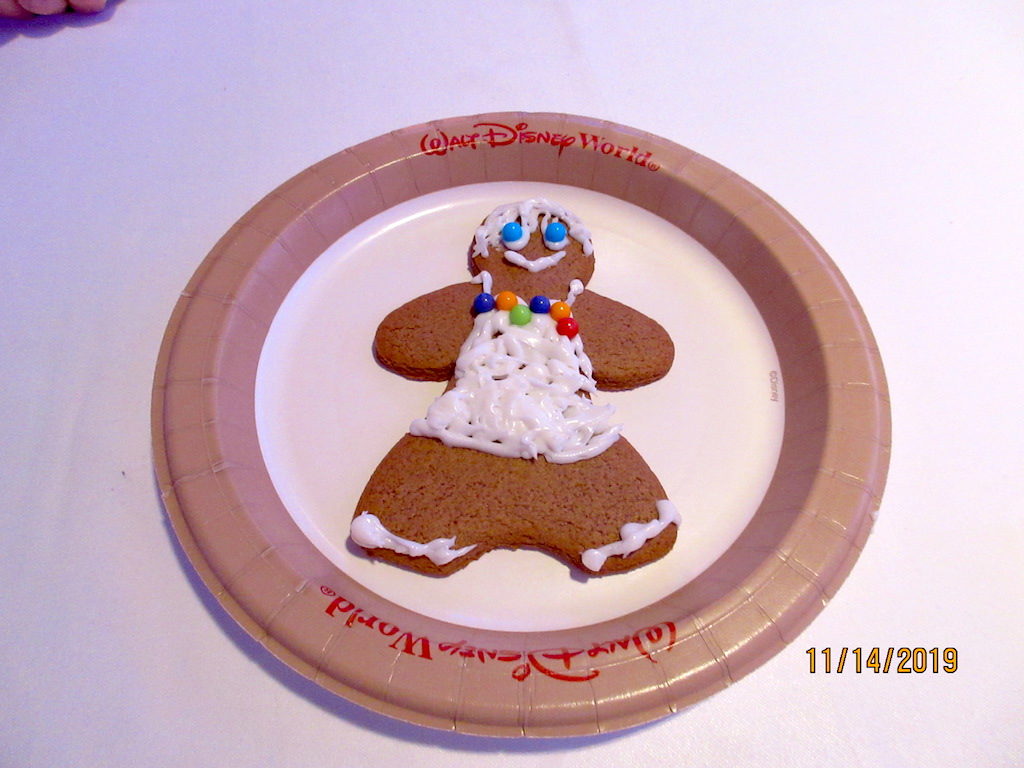 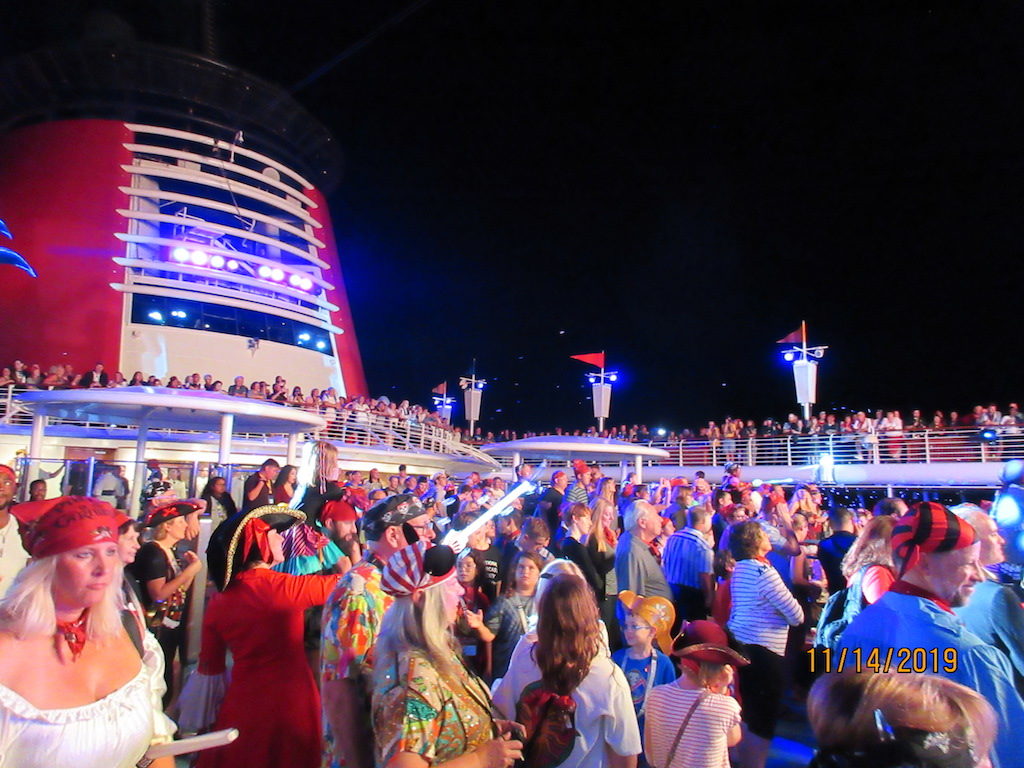 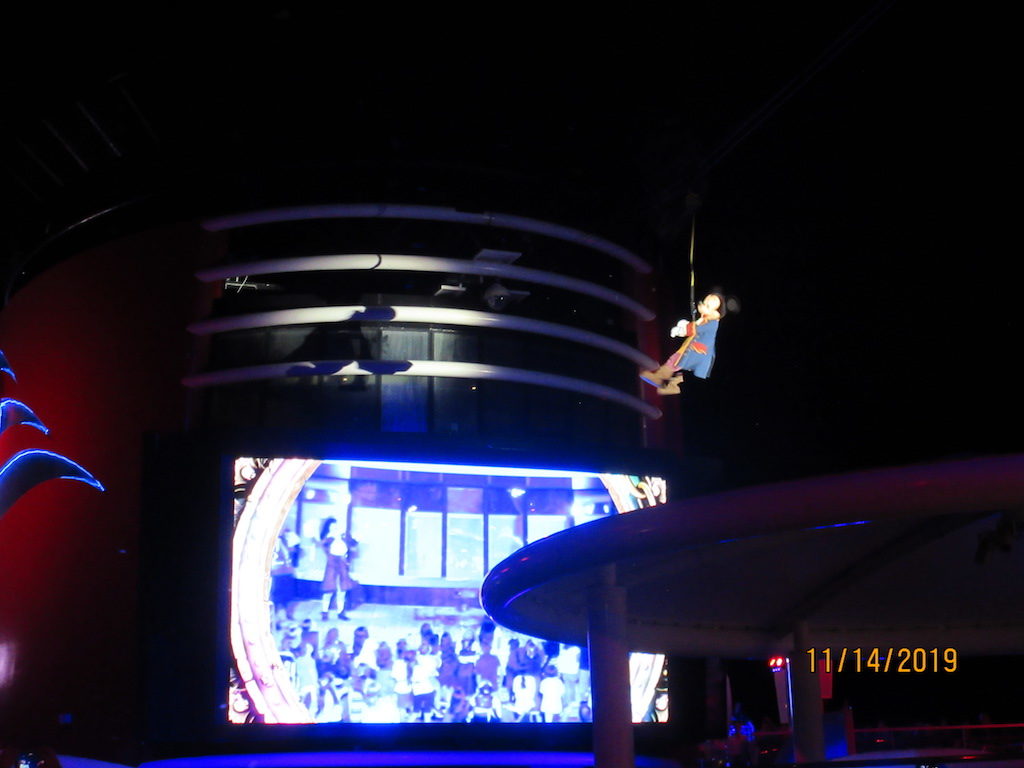 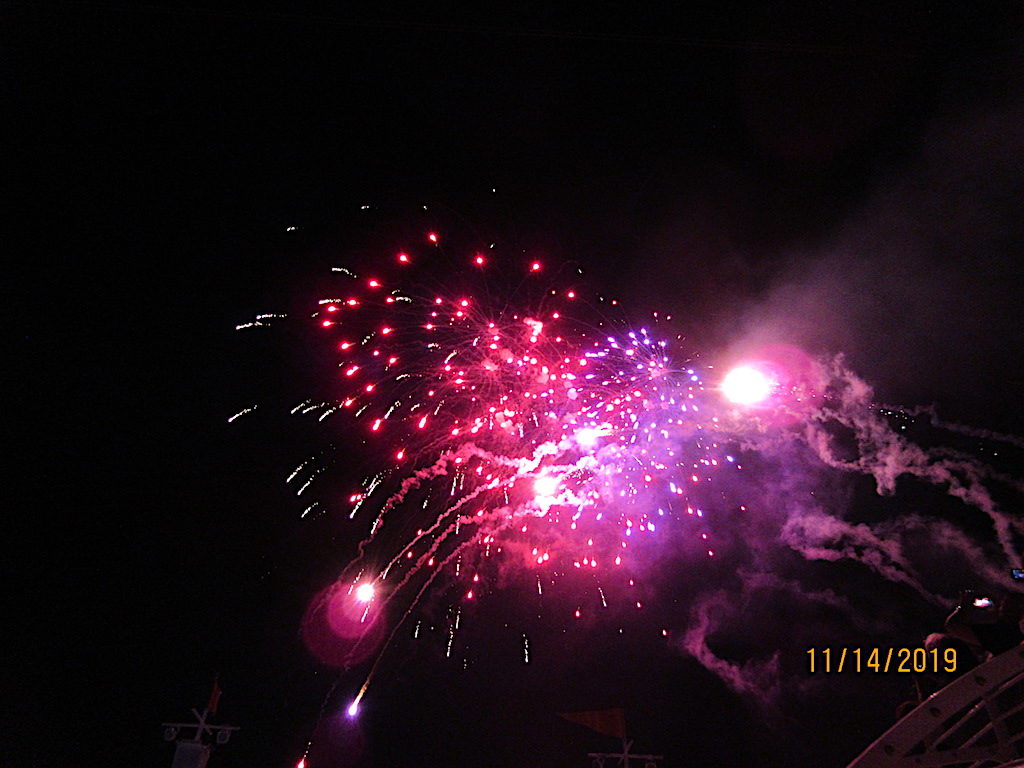 This Sea Day was all things pirates. Guests were dressed in all stages of pirate attire from t-shirts to full-on custom-made costumes with hair and makeup. There were photo opportunities with Captain Hook and Smee. The Disney Characters who made appearances were wearing Pirate hats and outfits to fit the theme.

Captain Ken Puckett lectured on The New Construction of a New Canal. As cargo ships grew in size, it became obvious that the canal would need to be expanded to accommodate these larger ships. After much research, Panama borrowed the funds to expand the canal. It was decided that instead of renovating the existing locks, they would instead build all new locks next to the existing locks. Existing technology from locks in Europe was used to build the new locks. The new locks use less water to operate and have sliding gates rather than swinging gates. The canal is an extremely expensive to transit but saves companies time and money not having to round the Cape. The cost to build these new locks exceeded eight billion dollars.

Jeffrey Epstein lectured on 10 Magical Years of D23, the Disney Fan Club. Jeffrey showed musical clips from the Disney archives of many performances over the last ten years performed at annual fan conventions.

We attended a craft class where we were able to decorate a gingerbread cookie with frosting and edible decorations before devouring them. Our next event of the day was The Feud which is similar to the television show called the Family Feud. Next, we attended a trivia game called Who Am I where you were given a few facts about a celebrity and had to guess who they were. We were only able to get 11 out of 20 answers correct. One team was able to get all answers correct.

The evening’s entertainment was The Jump Rope Stunts of Flight Crew. This group of young people across America perform for all types of events. Four of their members were onboard to put on a fast-moving show using jump ropes. The performances were very acrobatic and included all things you might be able to do with a jump rope.

After our pirate themed dinner in the Animator’s Palate dining room we headed up to deck 9 outside where there was a pirate party. The party was a high action dance party including a fireworks display.