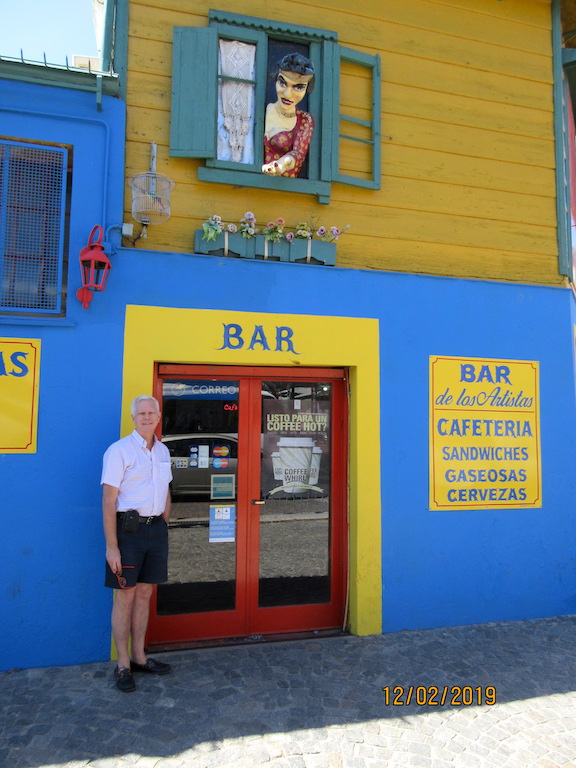 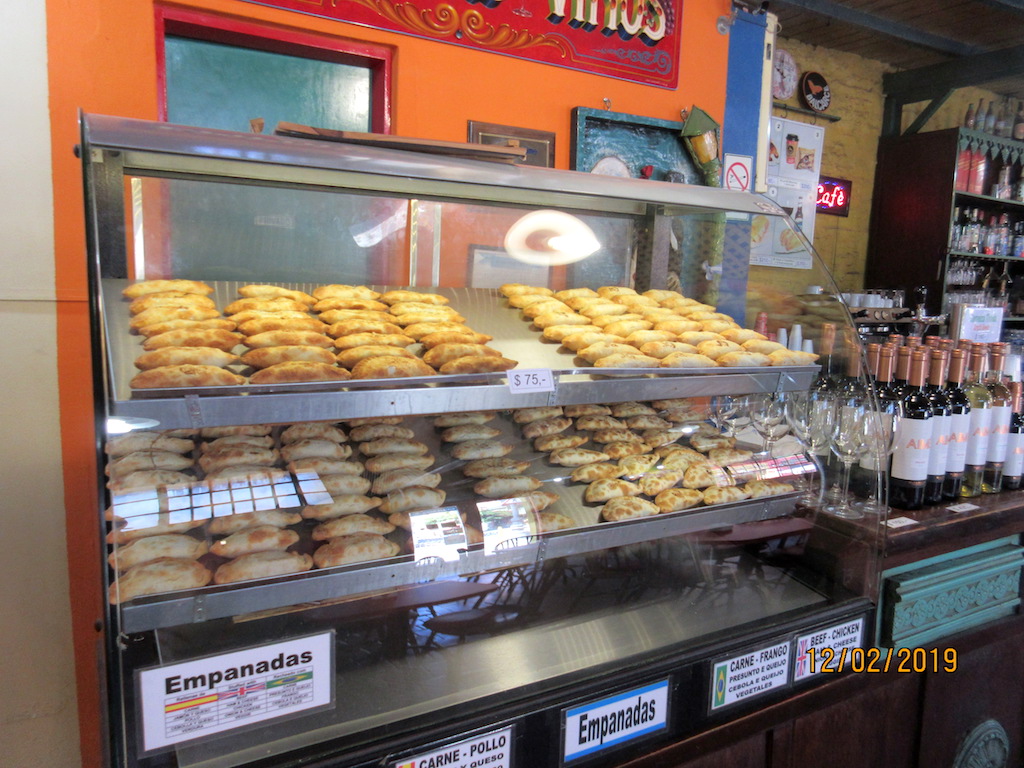 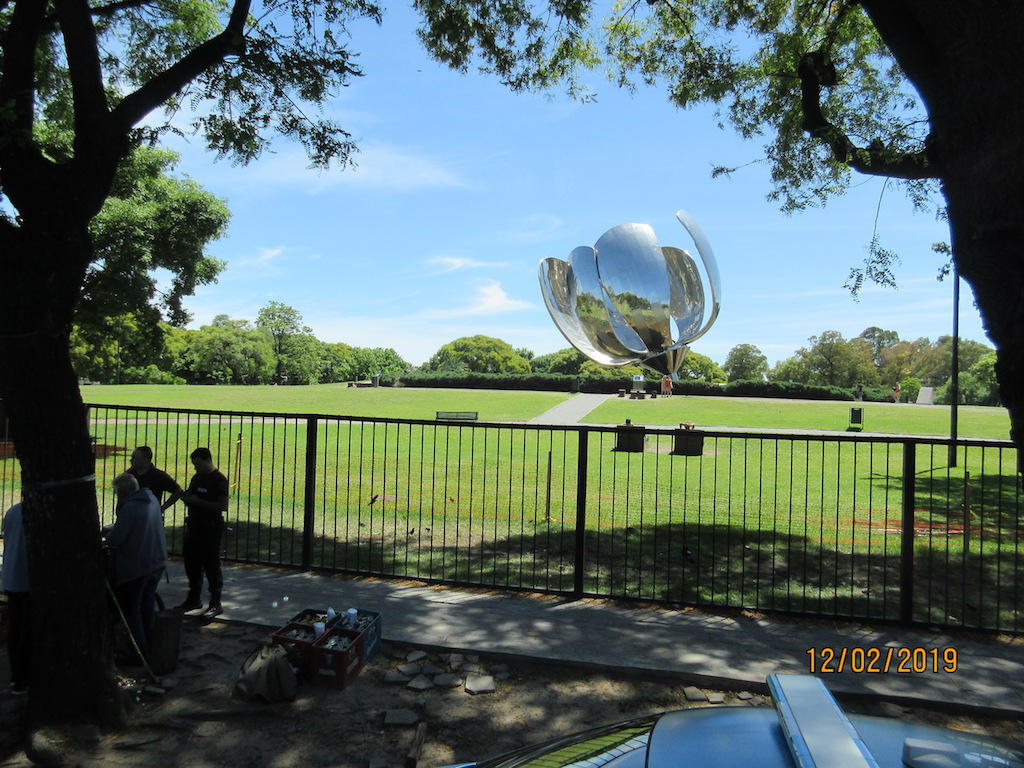 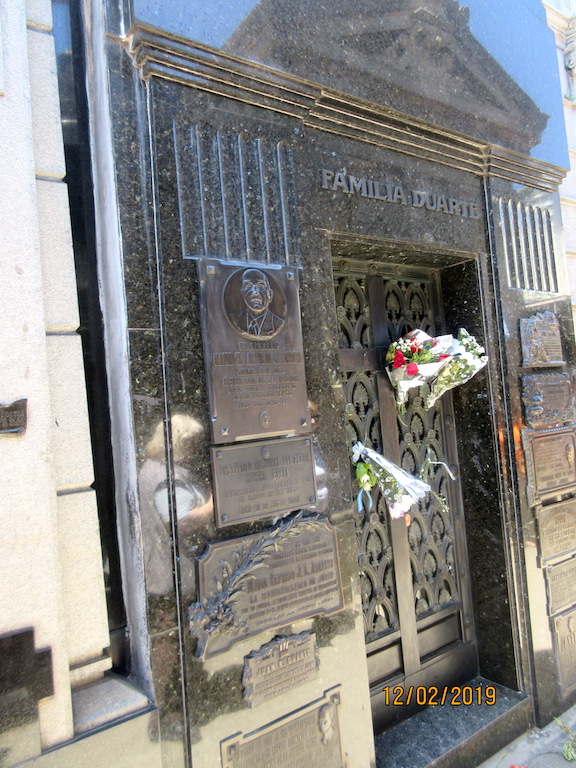 Spanish explorers landed in the area early in the 16th century and founded Buenos Aires as a colony in 1536. The capital did not last long as native tribes destroyed its buildings and it wasn’t re-established until 1580. Over time, Spanish immigrants arrived to stay in Buenos Aires and other cities. The vast region attracted others, some of whom brought a Spanish ranch culture to farming and cattle-raising as gauchos. The more remote regions of Argentina remained under the control of the indigenous people.

On this day we took a tour of some of the local neighborhoods or barrios. The weather was cooler and the humidity was lower, making for an enjoyable day. We first headed to the historic downtown area of Buenos Aires around the Plaza de Mayo where the government house sits. The government house, called “The Pink House” because of its pink colored stone exterior, is where the president works although he lives outside of the city and commutes daily by helicopter. This central plaza is the site of much unrest and protest against the government.

Next, we headed to the La Boca neighborhood, home to the La Bombonera football (Soccer) stadium and an enclave of Crayola-Colored households. This neighborhood is located along the river and was formed by the union of immigrants who arrived at the port. The homes were originally painted with leftover paint from shipping vessels and are still painted in vibrant colors today. Today the neighborhood is filled with souvenir shops and the streets are filled with artists who set up stands in the streets to sell their art and handicrafts. Tango dancers can be found at many street side restaurants and stages.

We visited the Recoleta neighborhood surrounding the famous cemetery known for the burial of Eva Peron (Duarte) and many previous presidents and local famous people. The cemetery dates back to the early 1800’s and the monuments are very elaborate and beautiful. Over 90 of the vaults have now been declared National Historical Monuments. Upscale restaurants and shops can be found in this neighborhood. French style architecture is most prevalent in this neighborhood. The local Basilica del Pilar, a picturesque 18th century church, is used by all of the wealthiest families to celebrate weddings.

The San Telmo neighborhood is still reminiscent of the colonial city during the early years of Buenos Aires. It was not until later when wealthy families brought European architects and artists to create grander homes with differing styles. Antique shops, flea markets and handicrafts can be found in this neighborhood.

With the beginning of spring time, the city was filled with beautiful purple blooming Jacaranda trees and purple and white agapanthus. Monuments are found throughout the city in parks and parkways along the roads. One of the monuments is an aluminum and steel sculpture by Eduardo Catalano. It is called Floralis Generica and represents a generic flower which opens and closes with the sun light. Parks and tree-lined streets are found everywhere making it a pleasant city to navigate. Traffic is hectic around the city and bicycles and scooters can be found starting to pop up around town.

After our city tour we were taken to a custom leather goods shop that produces its own leather clothing. They take your measurements and make the clothing custom just for you so it fits perfectly.

After a snack of empanadas at a local shop we headed out on foot to explore a few pedestrian streets. The streets were not nearly as clean and well maintained as I recalled from 14 years ago when we were last here. People filled the streets on a week day afternoon making it difficult to have a casual stroll. You were constantly trying to avoid running into someone or triping over a pot hole in the sidewalk. With the devaluation of the local currency, we found people everywhere wanting to exchange currency for us. Nothing particularly unusual or unique about what they were selling. Not much sign of Christmas decorations yet as they usually put the décor up in early December and leave until January 6th.

We rested for a while at our hotel before heading out to dinner with Paula, our group leader. She took about 16 of us out for dinner to a local Italian restaurant she likes. We enjoyed some delicious small sized calamari in a cream sauce with onions. We then both had a fresh pasta dish with pesto or Arrabbiata sauces.