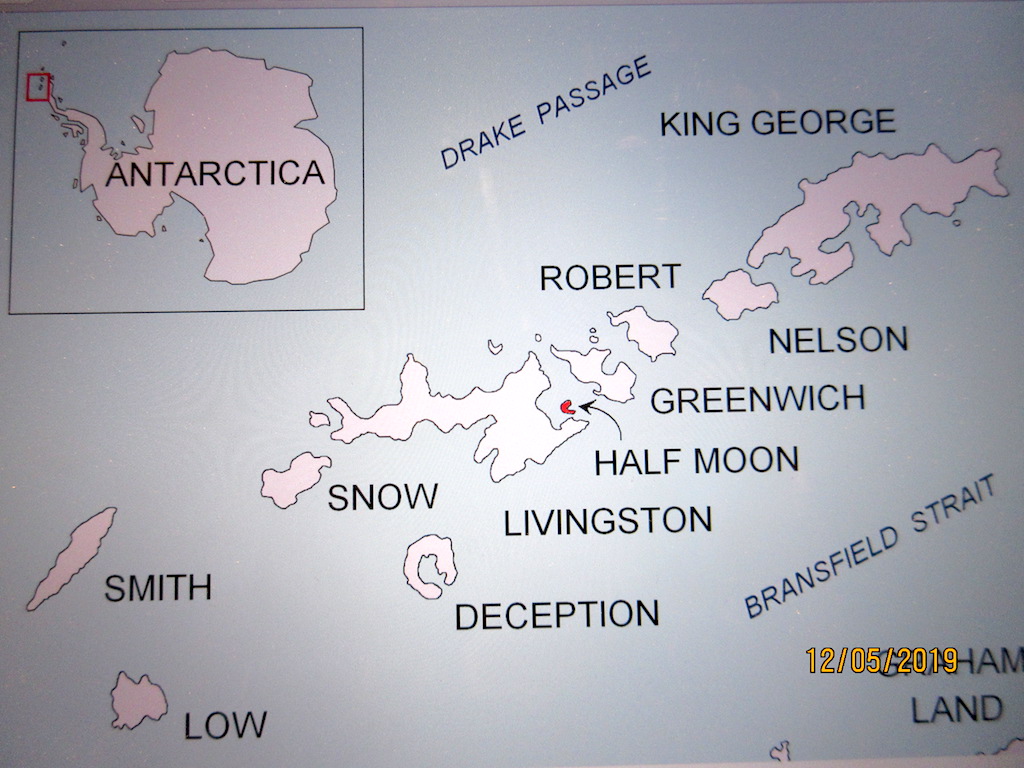 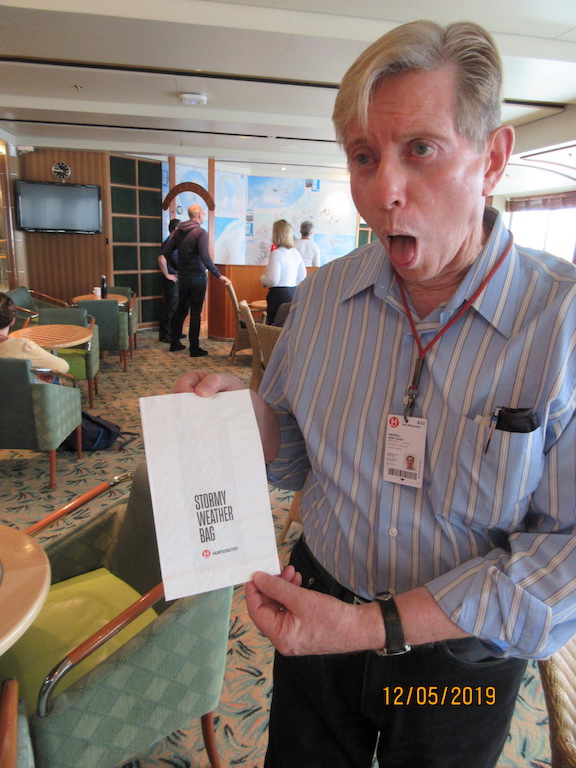 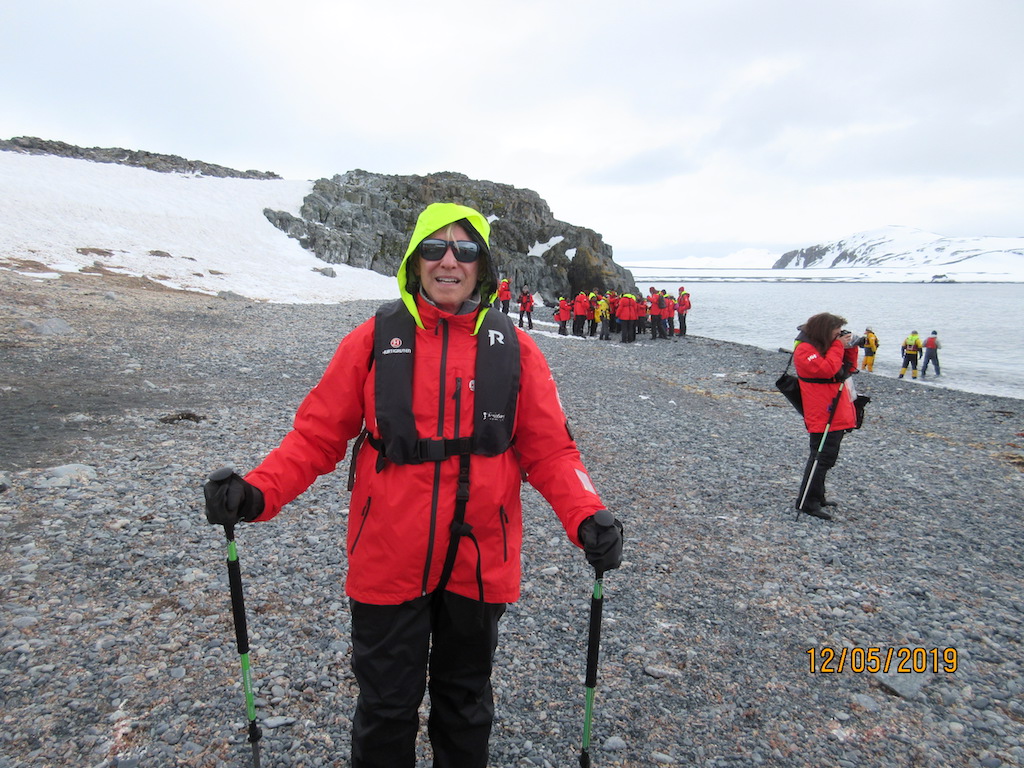 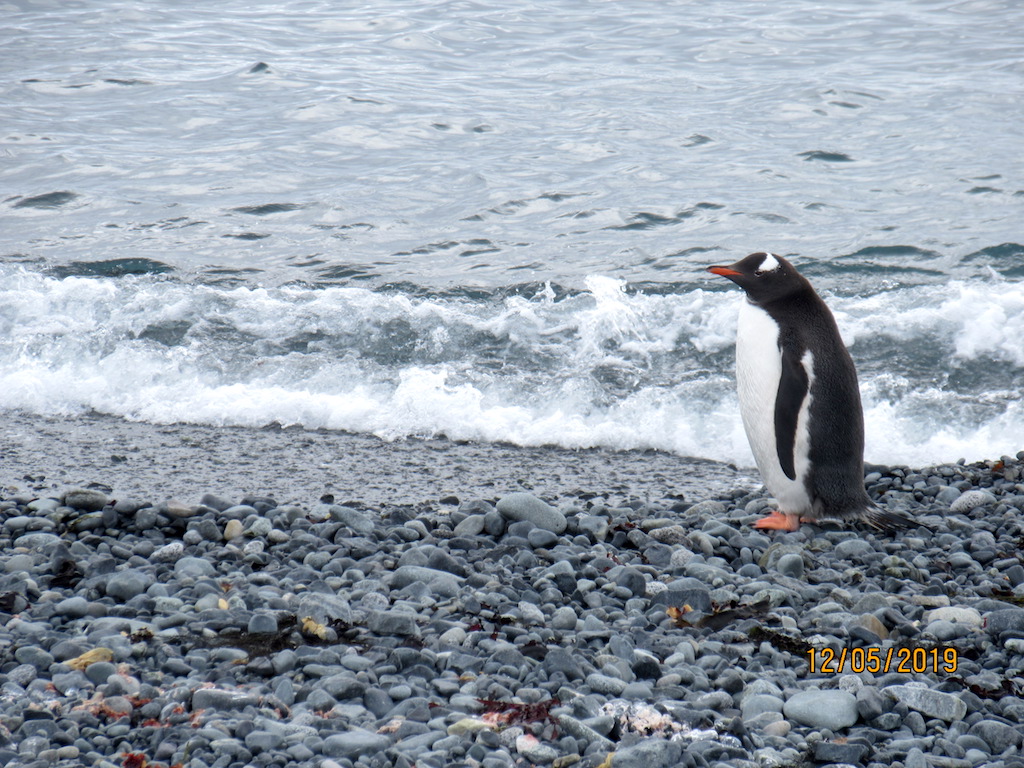 Penguin on Half Moon Island 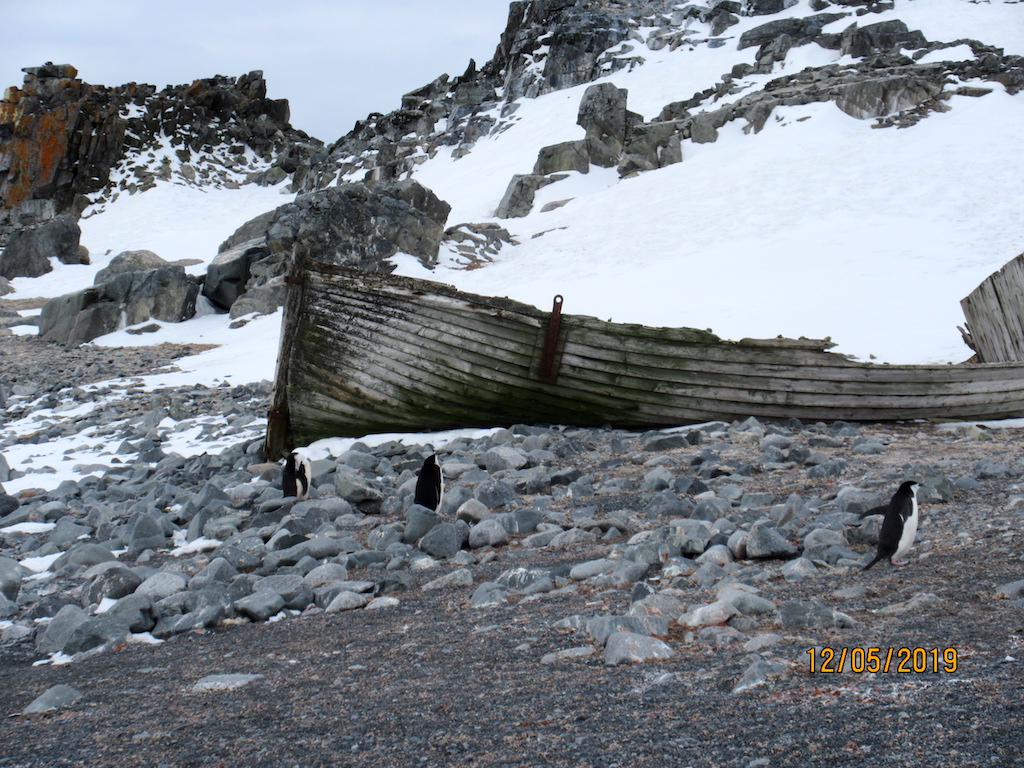 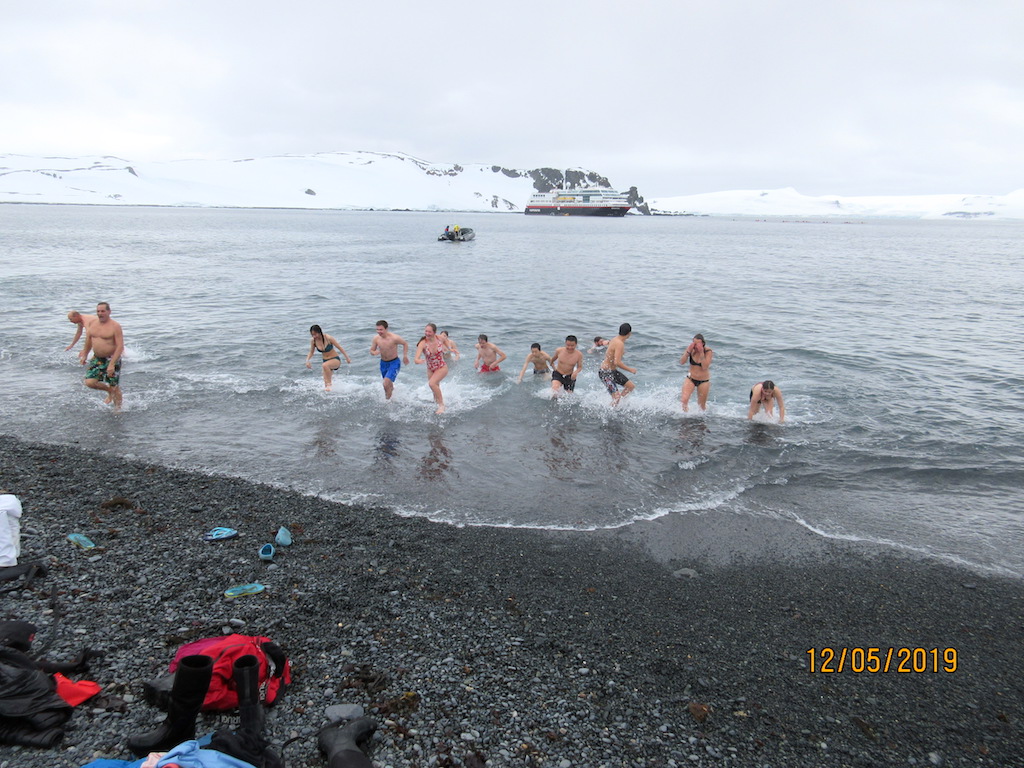 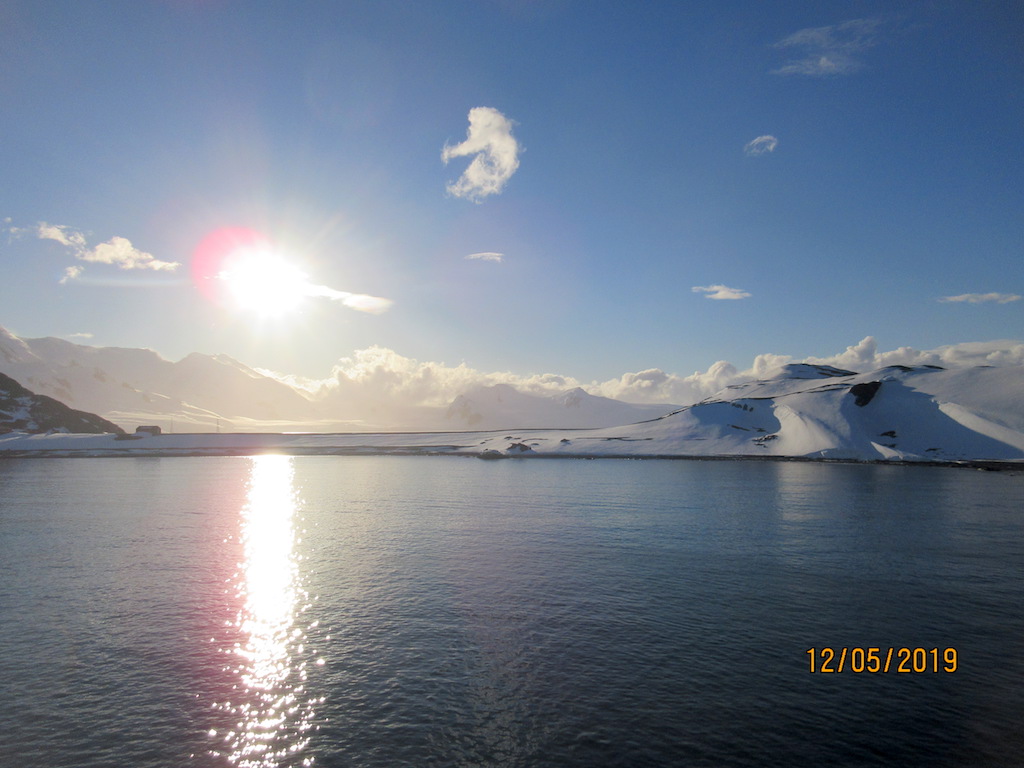 They say that most travelers feel speechless when they arrive at Antarctica. The vast white wilderness, the crisp air and the staggering isolation of the region. The continent houses no permanent human inhabitants, but is home to millions of adorable and curious penguins as well as an astonishing array of other unique species of birds and animals. Antarctica today is dedicated to scientific research.

The continent of Antarctica has tantalized explorers for centuries. In 1773, Captain James Cook, the famous British seafarer, came within about 75 miles of its shores before having to turn back because of ice. A Russian expedition in 1820 got close enough to actually see land. Between 1838 and 1842, an American expedition led by Lieutenant Charles Wilkes explored 1,800 miles of Antarctica’s coastline, surveyed 280 islands and brought back thousands of specimens.

In 1907, the Nimrod Expedition led by Ernest Shackleton aimed to reach the South Pole. Their route took them along a 140-mile glacier to an elevation of 10,000 feet. During the trek several members of the expedition were injured and four Manchurian ponies that pulled their gear-laden sleds died. The men persisted, pulling the sleds themselves as they walked into the howling winds. After a month and a half, they were exhausted and food was low. Less than 100 miles from the South Pole, Shackleton decided to turn back rather than risk their lives. After returning to England, he was greeted with cheering crowds and was later knighted for his achievement, trekking farther south than any explorer before him. In 1914, Shackleton returned to attempt a crossing of Antarctica with a crew of 27 aboard the aptly named Endurance. The expedition was even more harrowing after the ship was crushed by pack ice. They were not rescued for almost two years, although once again, Shackleton did not lose a single crew member. Theirs is one of history’s greatest stories of survival.

This morning we attended a lecture on penguins where we learned about the different varieties of penguins we might see while in Antarctica. They say that penguins are actually birds although they are unable to fly. They are great swimmers and have great feet for climbing hills on land. They often climb to the highest peaks on land because this is where the snow melts quickest allowing them an earlier start on their nests. They build their nests out of small rocks or pebbles which they collect. The male and females are identical in color and both have a brood patch where they have a bare spot and a concentration of blood vessels to incubate their eggs and keep the chicks warm. In captivity same sex penguins have been known to raise mating penguin’s second eggs.

The rough seas this morning woke us about 3:30am and were quite rough until midmorning before the sun came out. We had our first sighting of two icebergs in the distance. Winds were so strong that it was difficult for people to open the exterior doors of the ship to go outside on the deck. The weather was a mix this day with some beautiful sunshine and blue skies mixed with gray cloudy skies and snow.

Our first landing was on a very small island called Half Moon Island. The island is about 420 acres in size and is home to many Chinstrap penguins, fur seals and many species of birds. Our tender boat number is 2 and we were in the first group to go ashore on this day. We donned our long underwear, warm clothes, life jackets, gloves, sun glasses, two pair of socks, rubber boots and the windbreaker jackets provided by the ship before heading downstairs to the tender pit where we sanitized our boots before boarding the tender boat for shore.

Once on shore the exploration team had set up red flags and plastic cones to mark the trails of where we were allowed to walk. If there were two flags crossed in the sign of an X it meant that we were not allowed to cross. We found many small Chinstrap penguins nesting on the hillside or perched in the snow. Not too many of them seemed to be doing much traveling to and from the water to their nests.

Some folks decided they would do the polar plunge today including a group of high school students from Vancouver who were on the ship with their teachers. They shed their clothes and ran right into the frigid cold water for a few seconds. After getting out and drying off, they were talking about doing it all again the next day. Upon returning to the ship, we were required to stand in a boot-washing machine to have our boots cleaned and then into a solution to sanitize them.

At 6:30pm we attended a talk on the following day’s activities with photos, maps, geology information, history and an explanation of what to expect and what animals we might see.