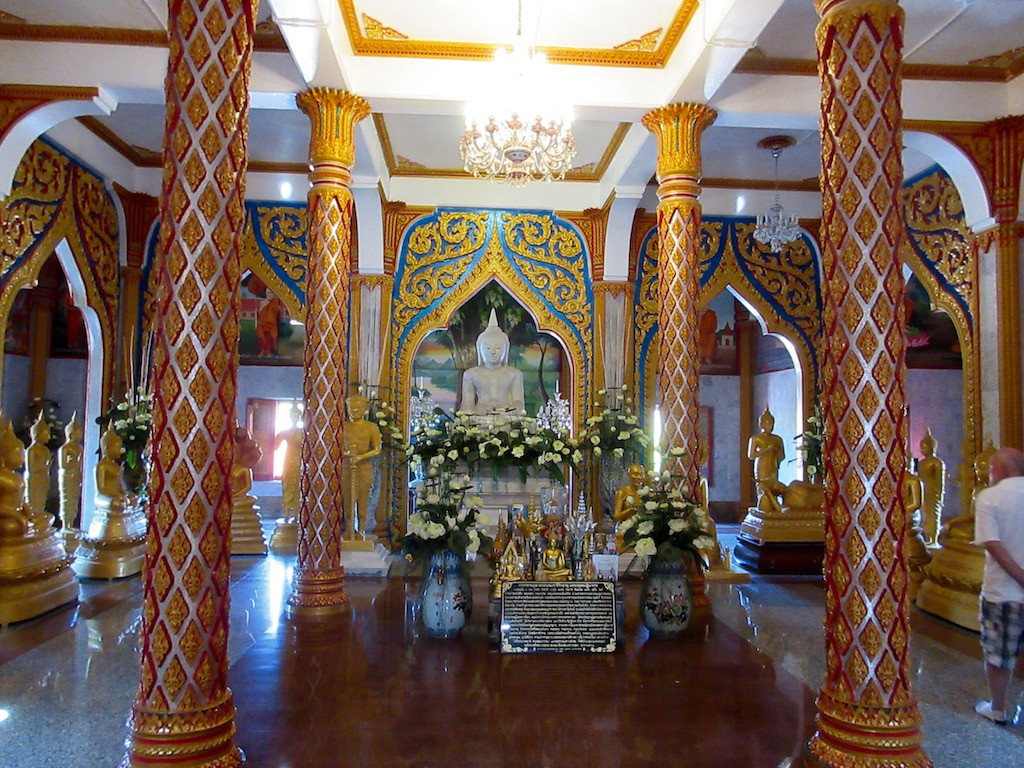 The weather is increasing in heat and humidity and it was evident as soon as we stepped outside this morning. By 8:30am the air was warm and thick with humidity. It is summer in Thailand—until May, when the rainy season begins, and lasts until October. It is no wonder the vegetation here is lush and green.

Thailand is about twice the size of Wyoming and located on the Andaman Sea, southeast of Myanmar. Laos and Cambodia are on the east and Malaysia on the south. Established in the mid 14th century, the Unified Thai Kingdom, known as Siam until 1939 is the only southeast Asian country never to have been colonized by a European power. The population of 68 million enjoys a tropical climate and a strong economy. In addition to tourism, they export electronics, auto parts, processed foods, fish products, computers, jewelry, precious stones, iron and steel.

Phuket with a population of 600,000, is the largest of 33 islands in Thailand and is located on the west coast in the Andaman Sea. The island is 30 miles long and 13 miles wide with 60% of the island covered in rubber and palm oil plantations. It once derived its wealth from rubber and tin but today it relies heavily on tourism. In 2004 an Indian Ocean earthquake created a tsunami devastating many of the beaches and tourism suffered. Today things have recovered and tourism is booming once again.

We were on a tour titled “Panoramic Phuket” that took us on a panoramic bus tour to see some of the finest sights of Phuket including the beautiful beaches, villages, temples and mosques. Our first stop on the tour was to the island’s most famous temple, Wat Chalong, dedicated to two revered monks. The temple is known for its gold leaf covered statue of Luang Pho Chaem. At the beginning of the 20th century when Chinese invaders invaded Phuket for its valuable tin mines, Luang Pho cared for the injured at great personal risk. The temple is located on a very large parcel with several other very ornate and brightly colored temples. One temple houses a relic of Buddah.

We then drove along the west coast of the island to view the white sand beaches of Surin, Kamala, Patong and Karon. The beaches are busy with tourists who flock here from all over the world. The surrounding streets are filled with hotels, shops and restaurants that welcome the visitors to the island. After being in India, Sri Lanka and Myanmar we can’t help but notice how clean and well maintained the streets are. The only thing that reminds me of a poorer country is the huge number of telephone and electrical wires cluttering the streets.

We stop at a local cashew plantation showroom where they show us how they process the cashews and enjoy a small glass of cashew juice drink. The cashew nut grows outside of the cashew tree fruit and yet we never hear about the beautiful red fruit of the cashew. The fruit is slightly smaller than a pear and the nut or seed grows out of the bottom of the fruit. Our guide also tells us how most of the coconuts on the island are now picked by monkeys who are trained when they are just two years old to pick 700 to 1,000 coconuts per day. Because a monkey can jump from tree to tree the process is much quicker than what a human can do and one monkey can pick the fruit for about 10 years.

The English spoken by the locals is not as good here as in some parts of the world but our guide explains that English is only taught for one hour a day in the local schools.

We then headed to the old town of Phuket where we could admire the Sino-Portuguese style architecture. Most of the buildings are two or three stories with a store front on the ground floor and living quarters above.

We returned to the ship about 2:00pm where there was an outdoor market set up and you could buy clothing, handicrafts, jewelry and food items like fresh coconuts. 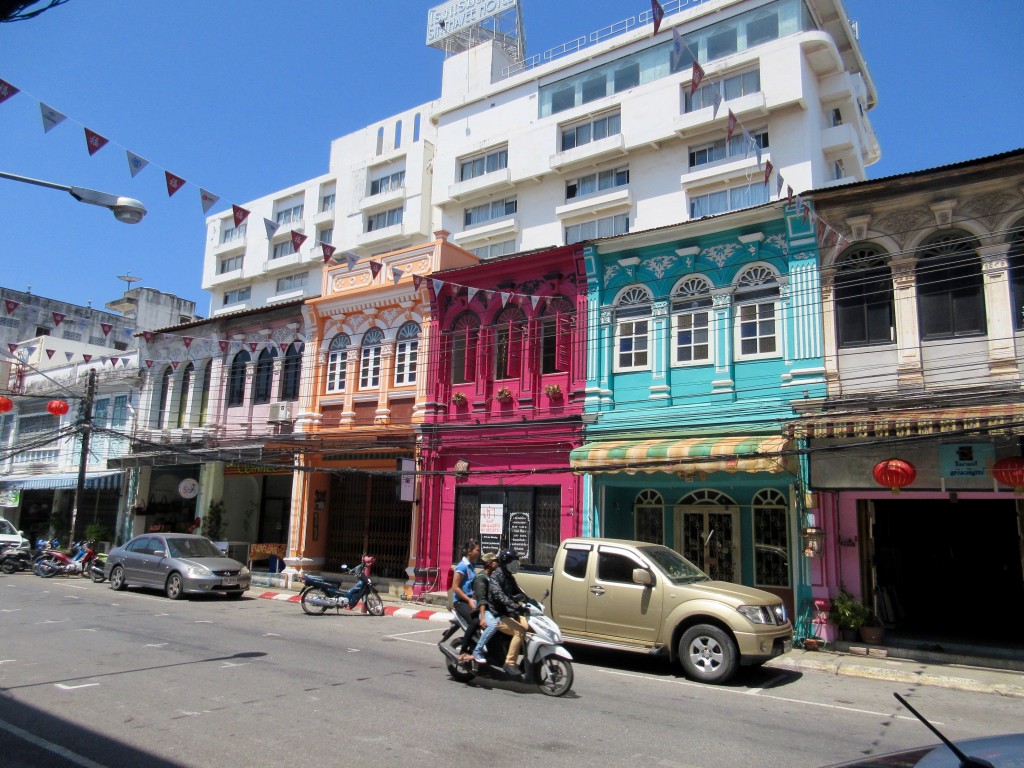 The evening’s entertainer was a man by the name of Phillip Browne who has starred in 9 West End shows in London. He sang a variety of songs by people like Nat King Cole, Paul Robeson, Elton John and Lionel Richie.