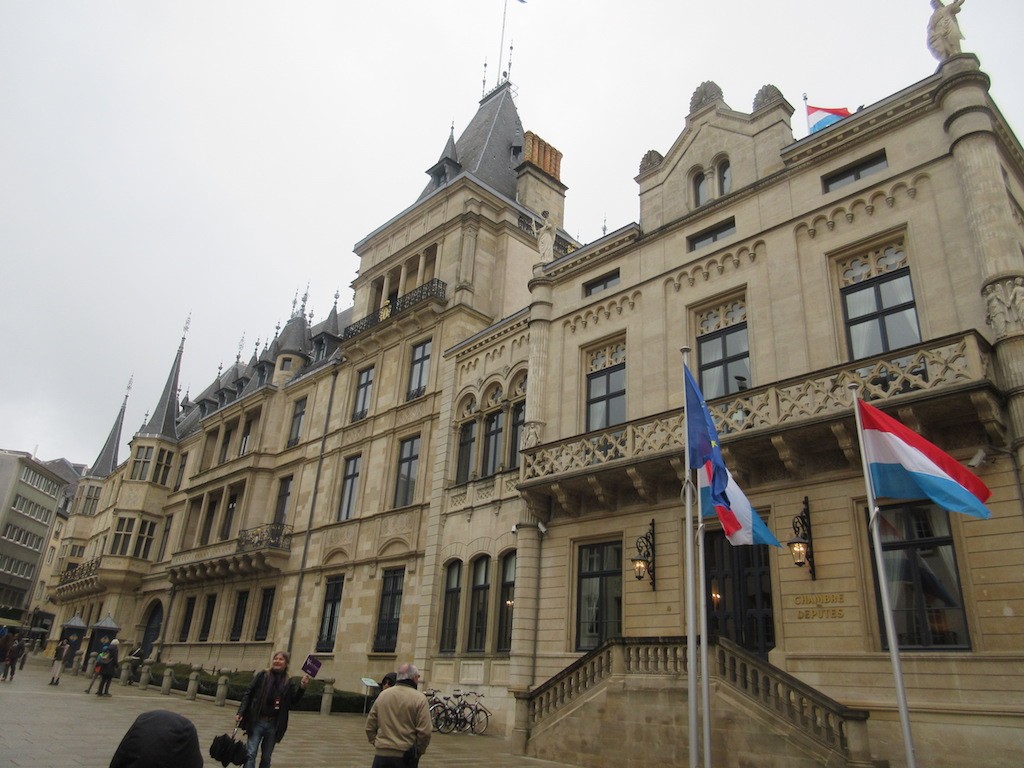 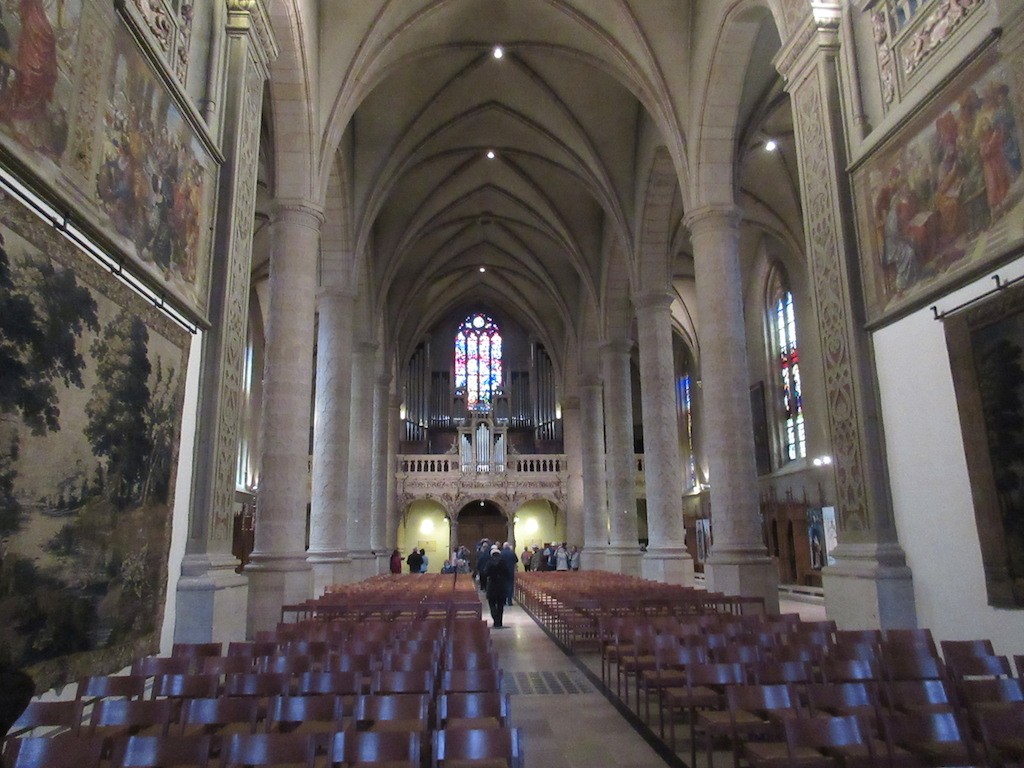 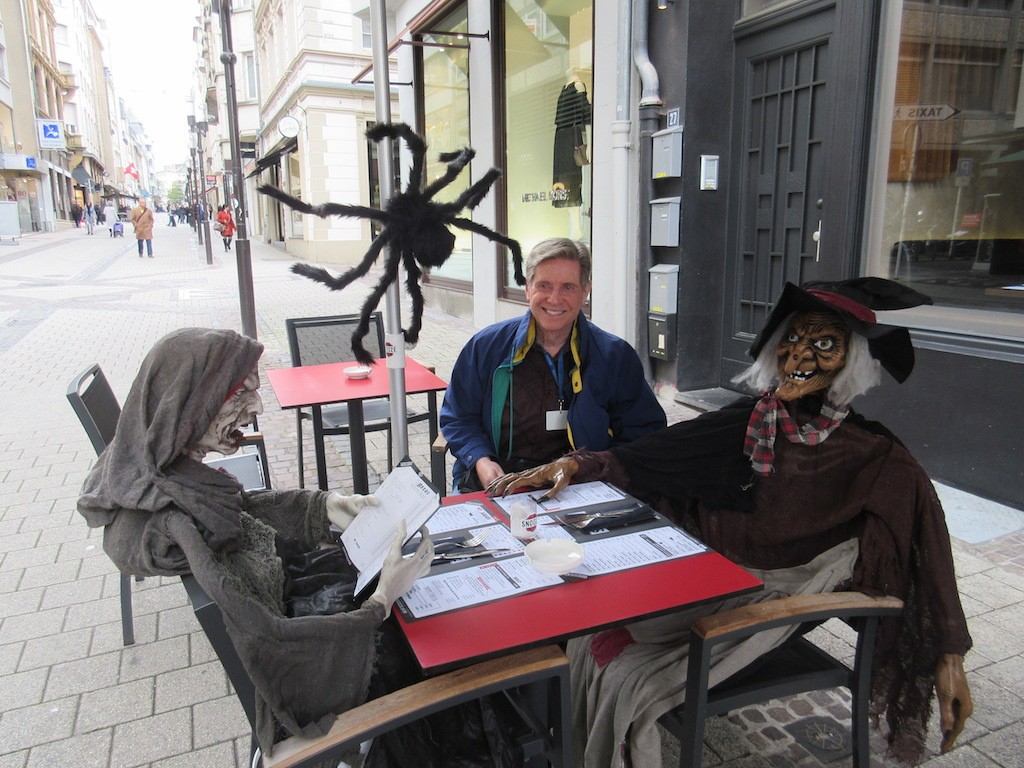 Luxembourg – Kent having lunch with friends 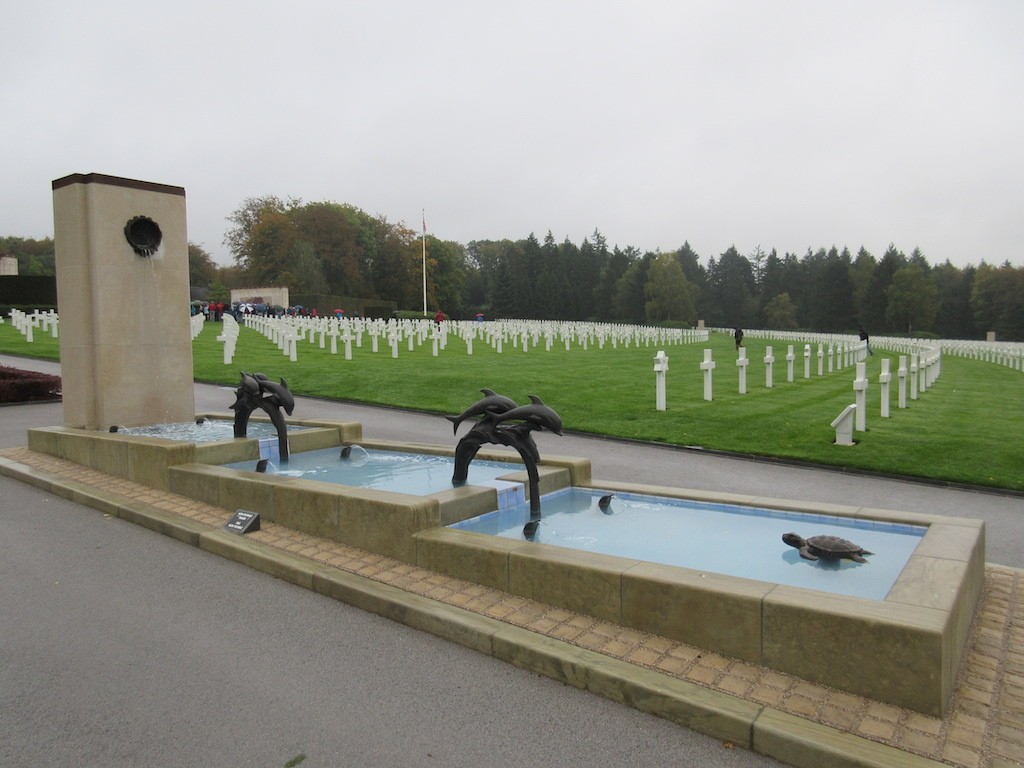 The weather was very cold with day time highs at only about 50 degrees and some light rain. It was also cloudy and grey.

First thing in the morning we had a lecture about the Romans by Dr. Wolfgang Alt a local historian. He discussed how much of this region was controlled by the Romans and information about the roads, churches and bath houses that were originally built at that time.

The city is built on a plateau in a large canyon atop high rampart walls. We visited the Luxembourg church built in the 1600’s and later added on to some 300 years later. The church contained beautifully bright and colorful stained glass windows, tapestries, murals and ornate carvings. We stopped for lunch with some new friends Rita and Leslie as it was extremely cold out and we wanted to warm up. The small deli/market with a restaurant had a plate du jour featuring roast turkey with a tomato and pea sauce, cauliflower, broccoli and some pasta noodles. The turkey was very dry and over cooked but being inside got us warmed up.

We also visited the Luxembourg American Cemetery where 5,076 American service members are buried. The 50-acre cemetery was given to the US in 1951 for free and without taxation in perpetuity. Most of the service members were killed in the Battle of the Bulge which was fought nearby in the winter of 1944/45. Resting here is the grave of General George S. Patton, one woman and 22 sets of brothers.

The cemetery is beautifully maintained similar to, although smaller than, the cemetery at Normandy in France. The lawns are perfectly manicured and the rows of white marble crosses are placed in perfect rows. The veterans from our ship participated in a laying of a wreath ceremony in front of the memorial before a guide told us about the local battles and stories of a few of the soldiers buried here.