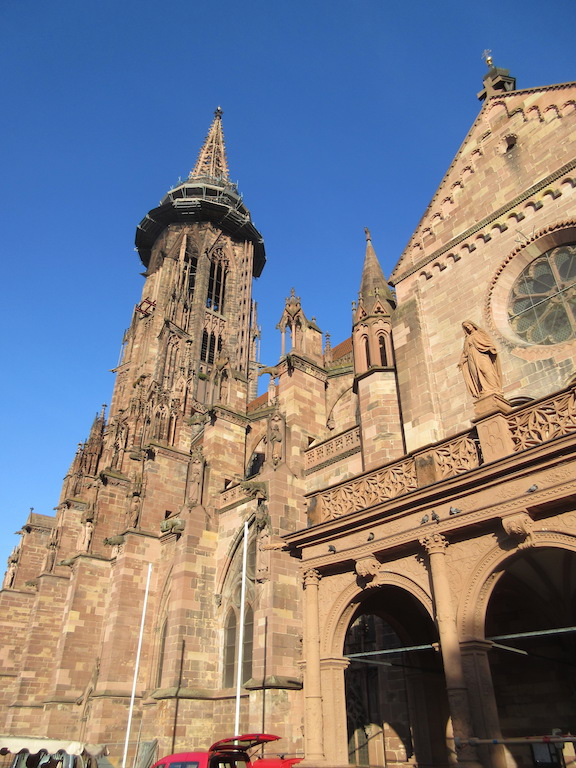 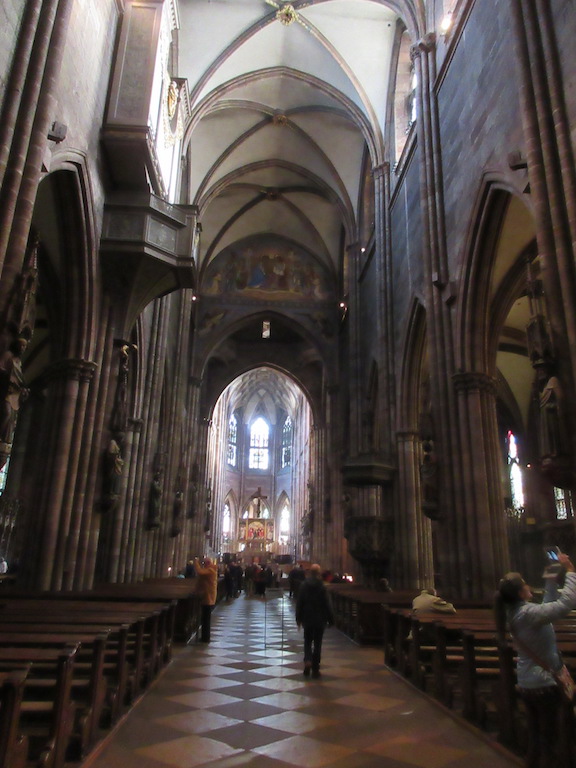 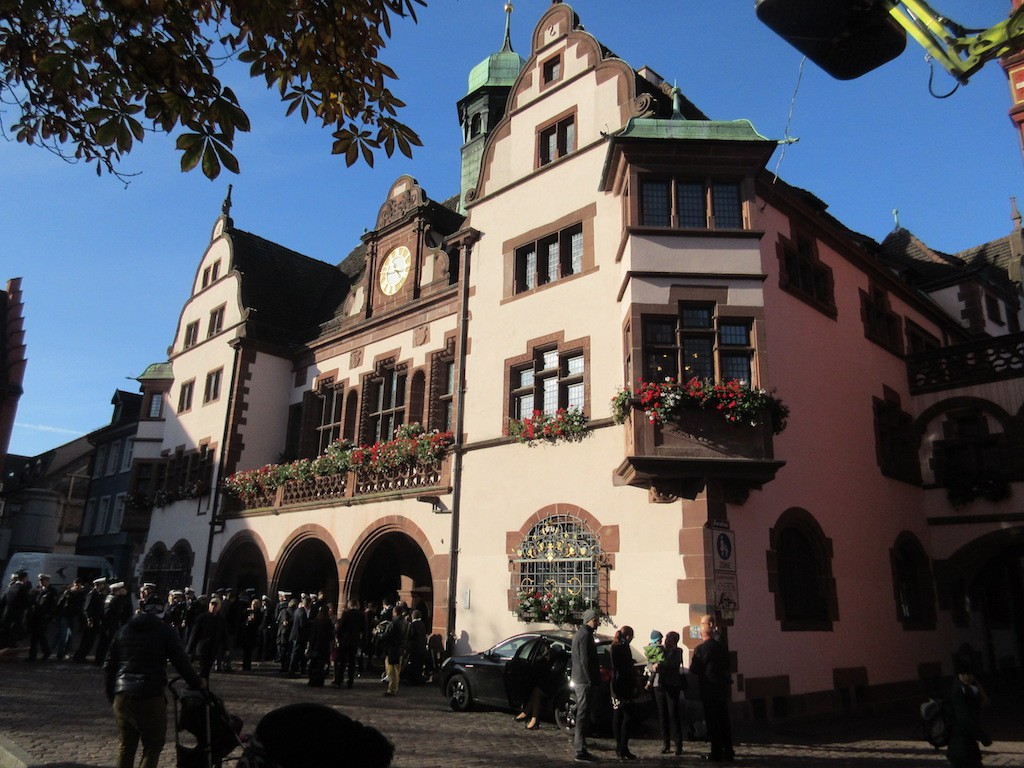 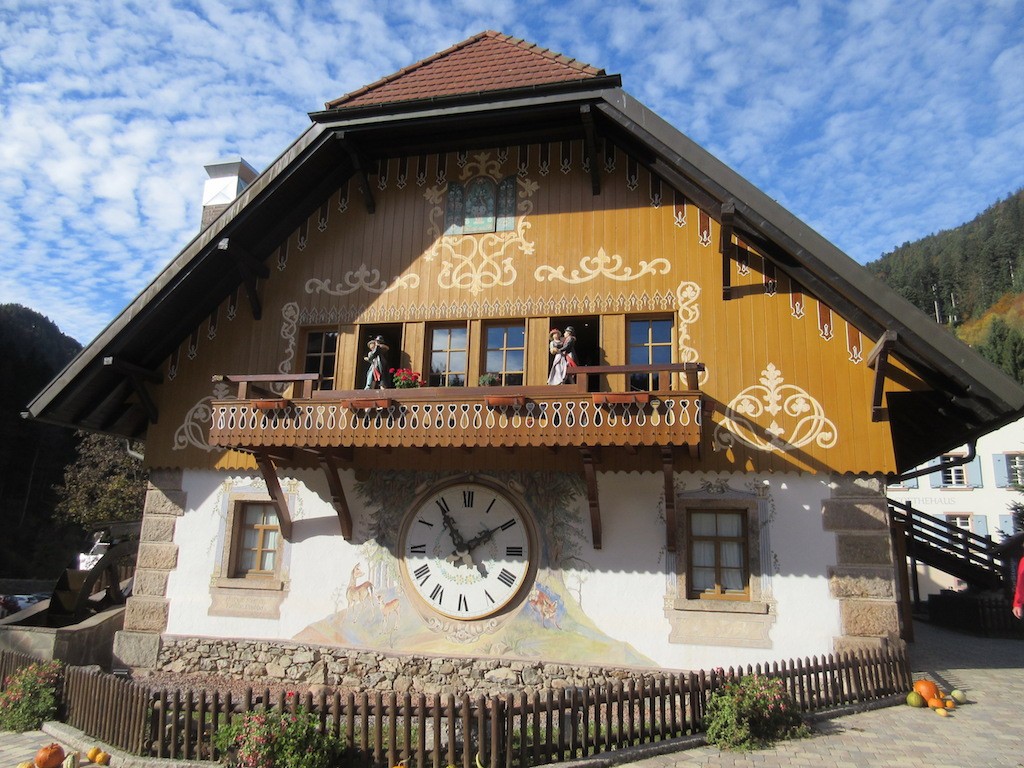 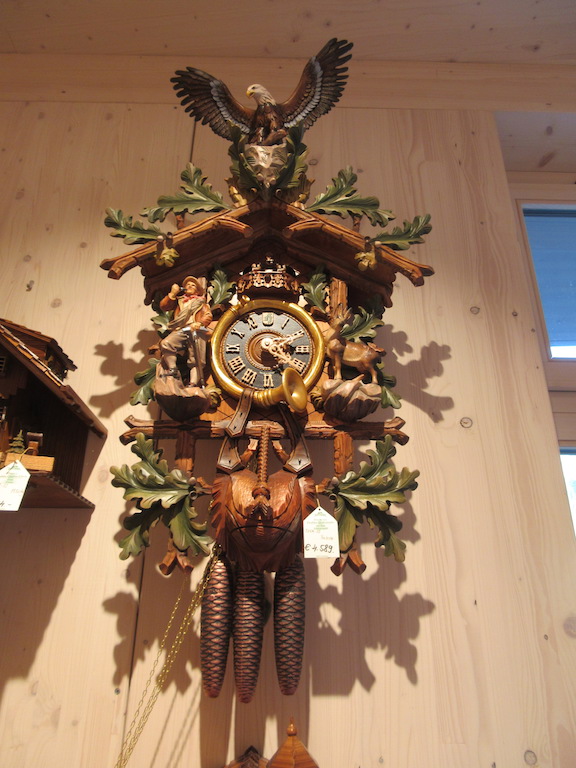 Breisach is a small town of only about 17,000 residents and gets its name from the word breakwater, due to earlier times when the river would flood and leave the town in the middle of the Rhine River. In the 19th-Century engineers re-routed the river and straightened it so that the town was no longer flooded and isolated in the center of the river.

We made our way from Breisach to the university town of Freiburg, located in the foothills of the Black Forest and having a population of about 220,000 inhabitants. During the 13th and 14th Centuries, nearby silver mines made this one of the richest cities in Europe and as such the town boasts stunning architecture from many eras. The name Freiburg means “fortified town of free citizens” since it was once a fortified city with a free market.

Freiburg has small fresh water troughs running throughout the city center. These narrow (maybe 12 inches deep and 18 inches wide) water ways used to bring fresh water to the town’s residents for feeding livestock and fighting fires, but today are more a novelty and place for children to play. It is said that if you accidentally fall into one of these small troughs, you will return to Freiburg and marry a local.

On the main cathedral square we visited the incredibly ornate gothic cathedral constructed in red sandstone between 1200 and 1530. It has a huge towering spire, many gargoyles, carved statues and lace-like ornamentation.

After touring the town, we headed out of town to the base of the Black Forrest to a chalet like hotel and restaurant called Restaurant Hofgut Sternan. The very large restaurant could fit our entire ship full of guests for a traditional lunch of sausages, potatoes, sauerkraut and black forest cake for dessert.

Outside of the restaurant there was a cuckoo clock shop filled with a vast variety of clocks in all sizes, shapes and varying types of ornamentation. There was also a glass blowing shop and gift shop for souvenir shopping. On the outside of one of the gift shops there is a giant cuckoo clock considered to be the largest in the world. We watched the clock chime a couple of times and watched the dancing couple parade in and out of the building along with the cuckoo bird.

We were invited to dine at the captains table for dinner because of the number of times that we have traveled with Vantage Travel. This was the captain’s farewell dinner and featured a seven course meal. The captain was from Hungary and did not really enjoy hosting guests for dinner but he was very pleasant, answered all our questions and took good care of us.