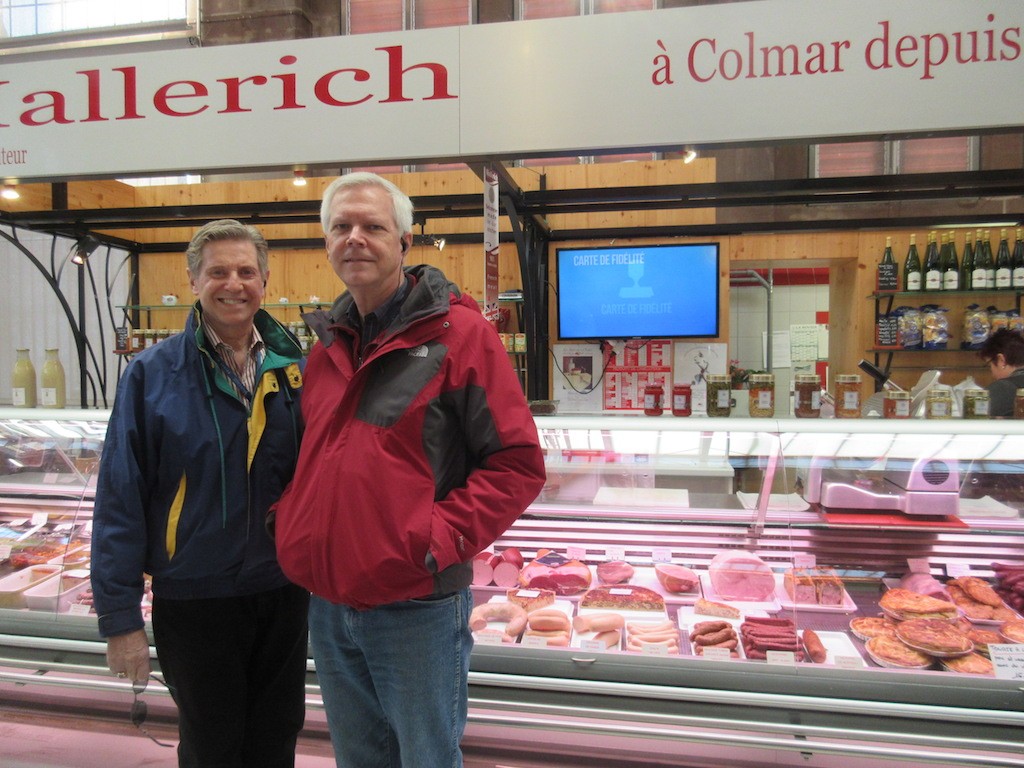 Colmar – Kent and Mark at the market 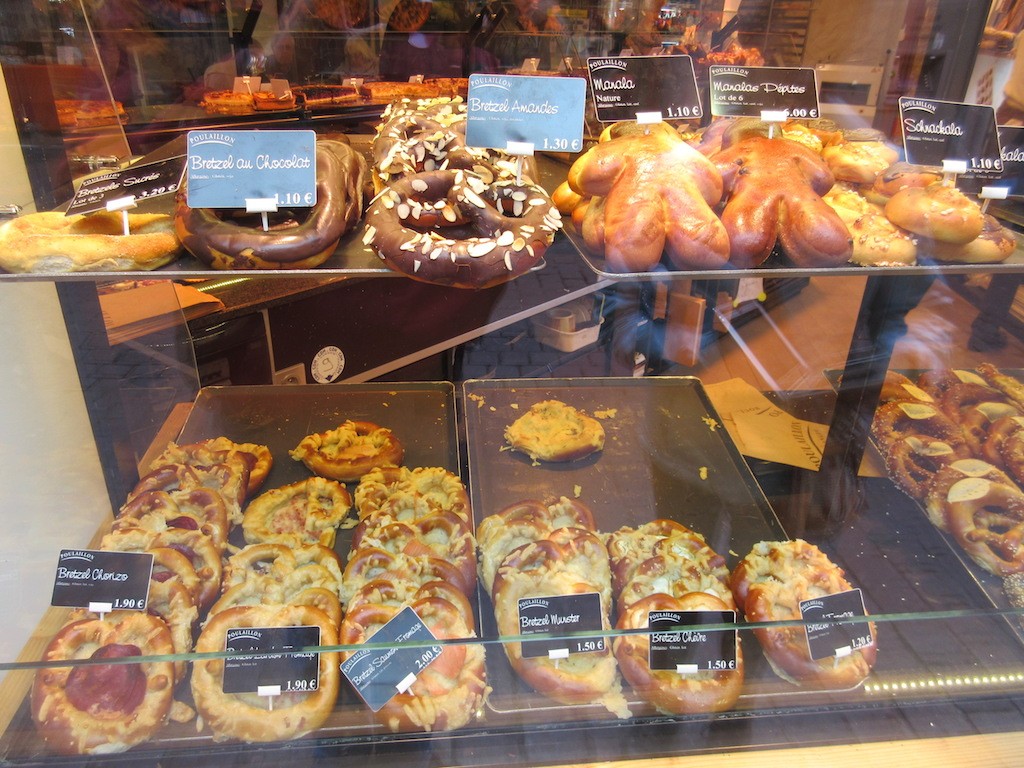 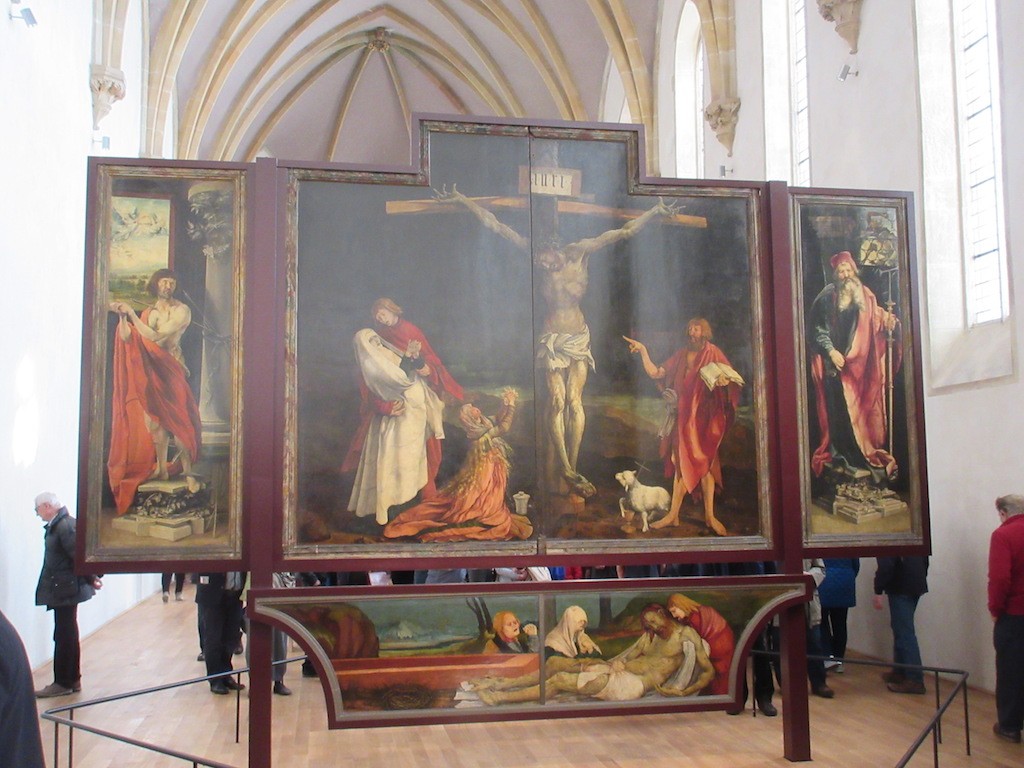 Colmar – One of the Altarpiece Panels 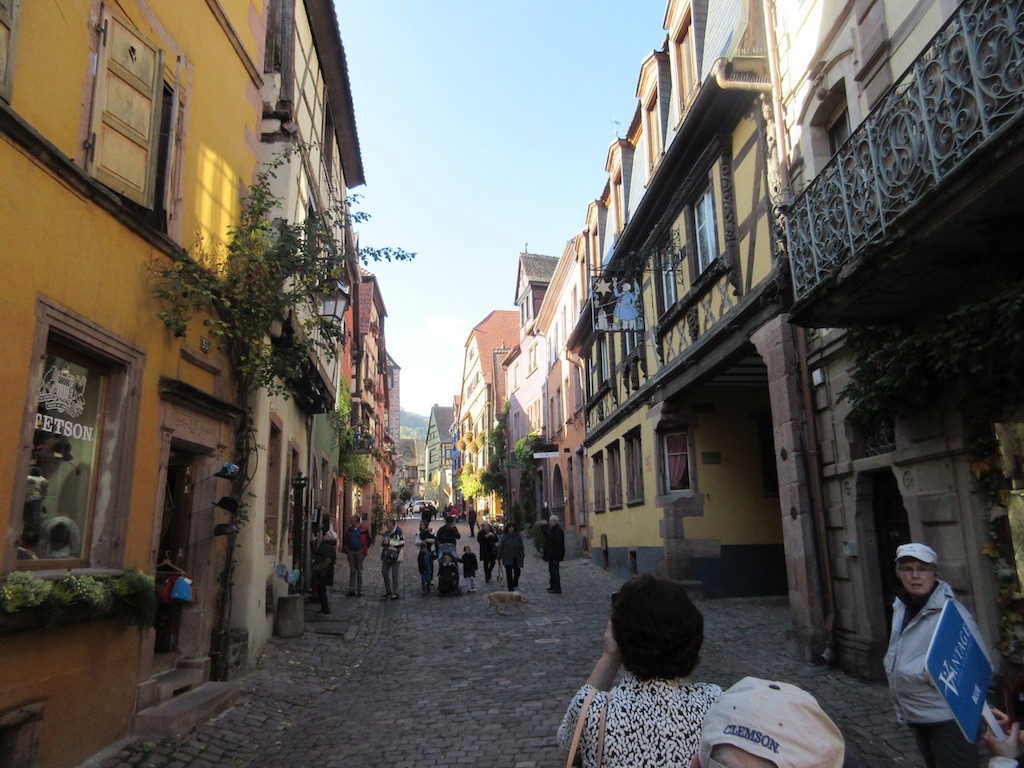 We made our way by motor coach for a full day scenic Alsatian Wine Route tour with a visit to Colmar and the Unterlinden Museum. The French city of Colmar was German between the years of 1871 and again between 1940 and 1945. Colmar was mostly spared from destruction during the French Revolution and the two world wars. Colmar has a sunny microclimate and is one of the driest cities in France. By San Diego standards they still get a lot of rain at 24 inches per year. Colmar is located along the Alsatian wine route and considers itself the capital of Alsatian wine.

The town is another charming town filled with meandering cobblestone streets, gift shops, coffee houses, bakeries and eating places. We visited an area called Little Venice because of its many narrow canals. This area was once the neighborhood where the butcher’s, tanner’s and fishmonger lived and worked.

We visited the Museum Unterlinden, formerly a Dominican religious sisters’ convent built in the 13th-century. Within this beautiful museum is an Isenheim Altarpiece painted by Matthias Grunewald. This extraordinary altarpiece contains several hinged panels that, when opened, changed the altarpiece for different seasons of the church calendar. The panels have now been separated so they can all be seen individually within a room that once served as the sisters’ chapel, complete with stained glass windows and vaulted ceilings.

Typical foods found in this town were the Macaroons, made in all sorts of flavors and colors. They are only a couple of inches in diameter but were being made in shops all over town. The crescent shaped Croissants are very popular here as well. The croissants have been made in France since the middle ages and are popular for breakfast.

After lunch we continued on to a very small village by the name of Riquewehr. This small village was just a couple of blocks long and featured many tourist shops, wine tasting spots and many macaroon shops. The colorful half-timbered houses with flower boxes filled with colorful geraniums lined the main street.

After dinner, the crew from our ship, the River Splendor, put on a crew show where about 30 of the 50 crew members participated in some way. It was very much a variety show with singing, skits, jokes and a lot of laughs.