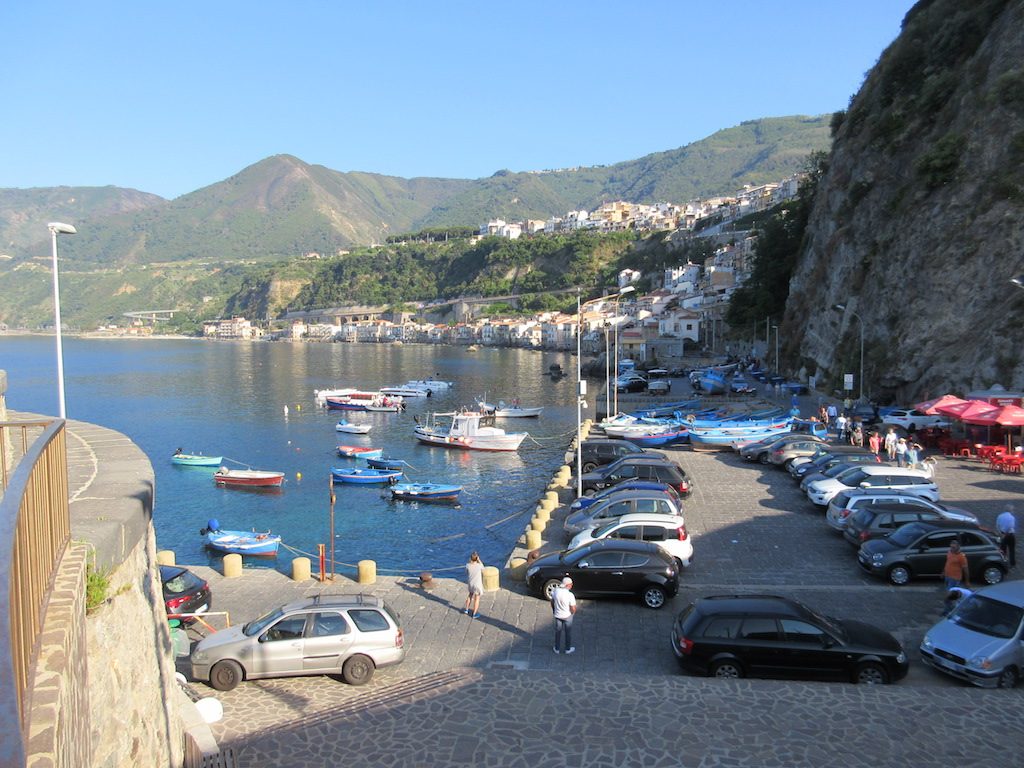 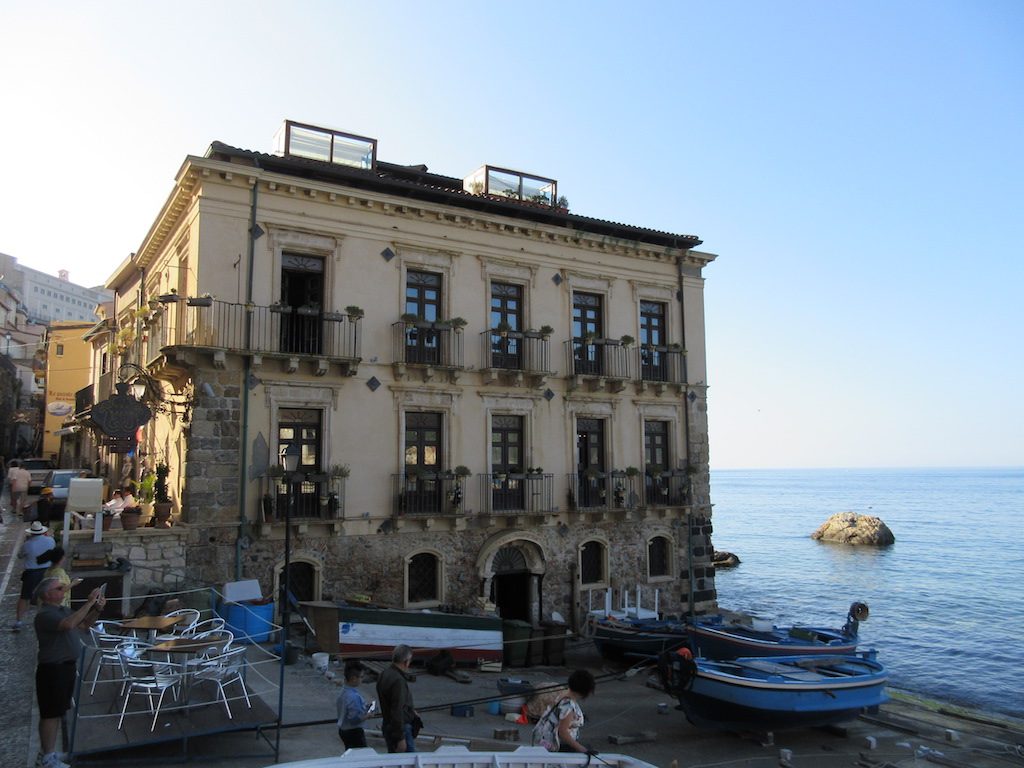 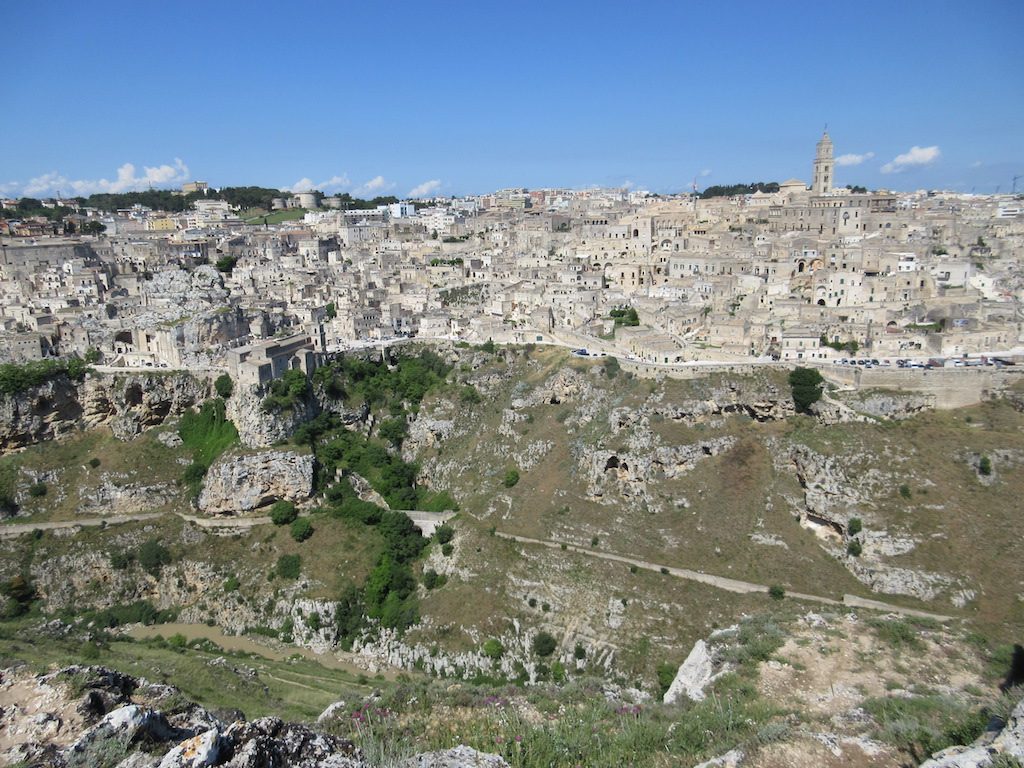 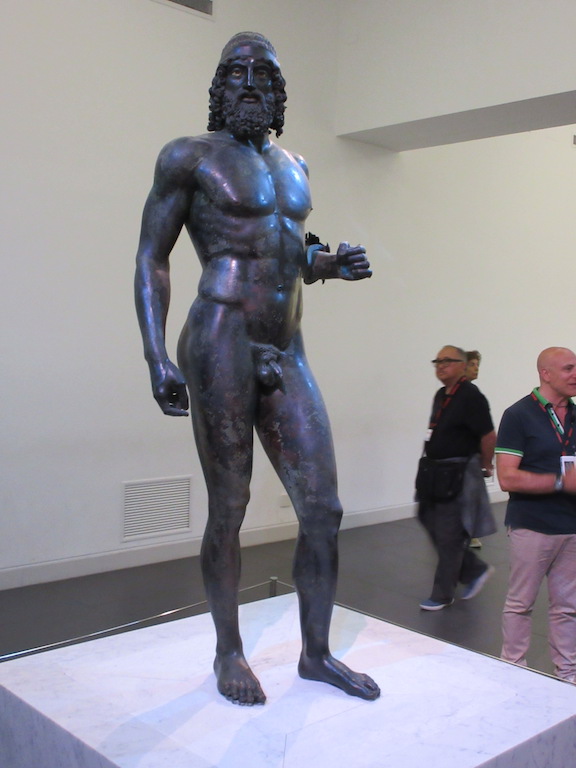 We departed Alberobello this morning for a town called Matera where we enjoyed a panoramic view of the picturesque Sassi houses. Matera is one of the oldest continuously inhabited cities in the world, having been inhabited since the 10thmillennium BC. The town is built in a rocky ravine created by a river and the Sassi homes are dug into the rock itself. You might think of them as caverns rather than a house. Once considered an area of poverty since many of the dwellings were uninhabitable, today these dwellings are being converted to thriving homes and businesses.

The drive on this day was about 325 miles so we were on the bus for most of the day. We did make several stops at roadside gas stations that had restaurants for food and restrooms. We even stopped at a gelato shop that was so busy you could hardly get the gelato and they had only two toilets for hundreds of visitors. It is not usually this busy but it was a local saints birthday (and Mother’s Day) and many people had come to town to celebrate the event.

Next, we enjoyed a spectacular drive south along the Gulf of Taranto and a stop in Scilla (pronounced like Sheila), called the “Venice of Calabria.” This small village style town sits on a hillside along the water with a nice harbor, meandering streets with many shops and restaurants as well as a fortress on the hill. Our visit was very short but it looked like it was a lovely spot to visit.

Leaving the coast, we headed for the town of Reggio Calabria, located at the southernmost point or the toe of Italy. With a population of about 260,000 people, Reggio Calabria is separated from the island of Sicily by the Strait of Messina. The surrounding metropolitan area is comprised of nearly 600,000 inhabitants. Reggio Calabria was mostly destroyed in a huge earthquake in 1908 followed by a tsunami, so the city is more modern than ancient. The earthquake and tsunami killed 27% of its inhabitants and the nearby city of Messina on the island of Sicily lost 42% of its residents. In total about 95,000 people were killed.

Reggio’s economy revolves around agriculture and the export of fruits, tobacco, briar (a hard-wooded root used in the making of pipes) and an essence called bergamot used in the production of perfume. Due to its proximity on the sea it also has a large fishing industry and is a popular tourist destination for its beaches.

After arriving at our hotel, we enjoyed a guided visit of the National Archaeological Museum of Magna Graecia dedicated to Ancient Greece. The museum houses the world-famous bronze warrior sculptures called Bronzi di Riace. They have two gorgeous bronze male statues that stand some seven feet tall and are beautifully sculpted. They have a huge collection of other items in this beautiful museum but with our limited time we focused on the bronze statues.

Dinner was included at our hotel in the top floor dining room with a view out over the city. Dinner included a pasta salad with cheese, olives, capers, ground anchovies and fresh tomatoes. The main course was a pork roast with potatoes followed by a fruit tart for dessert.