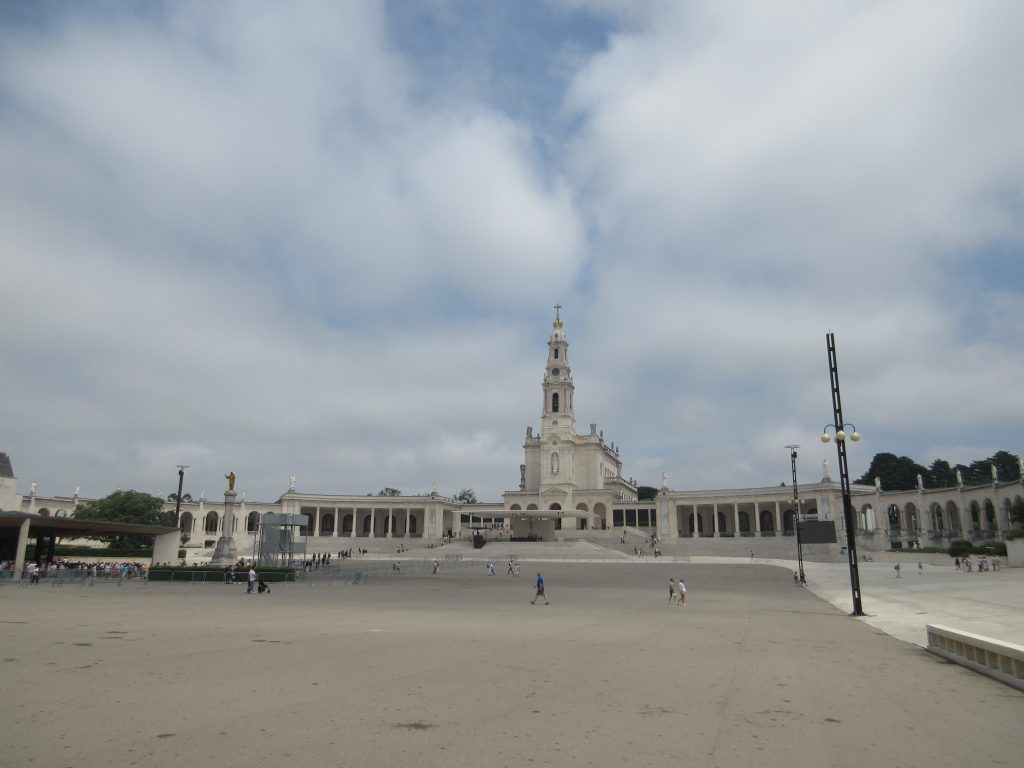 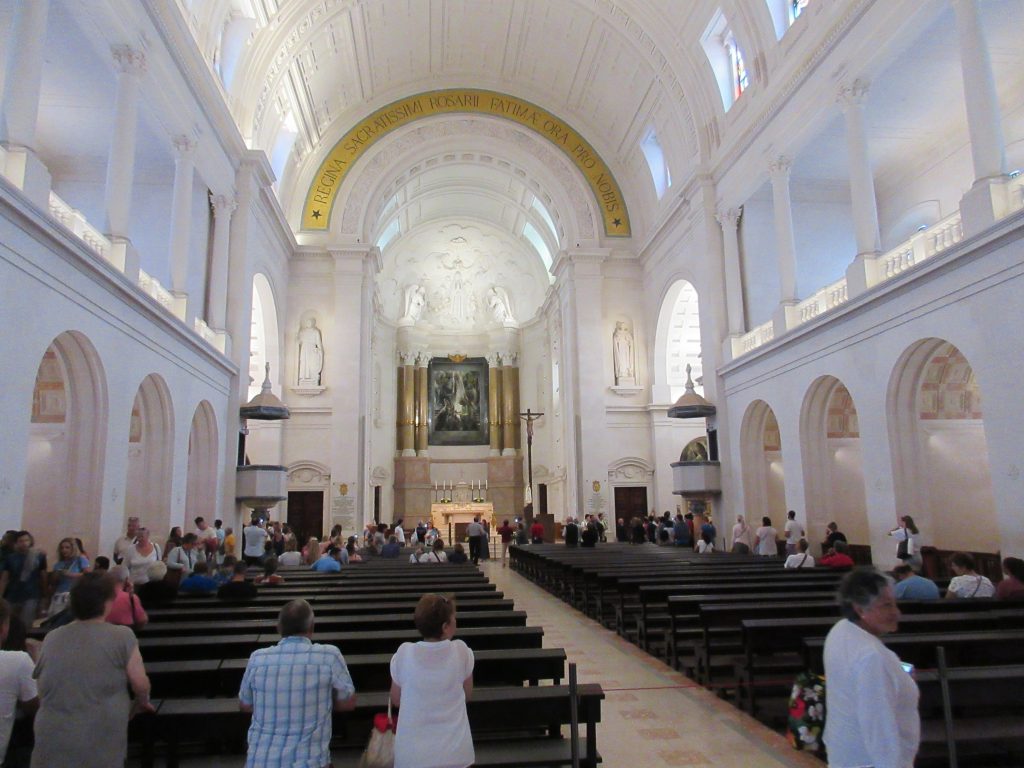 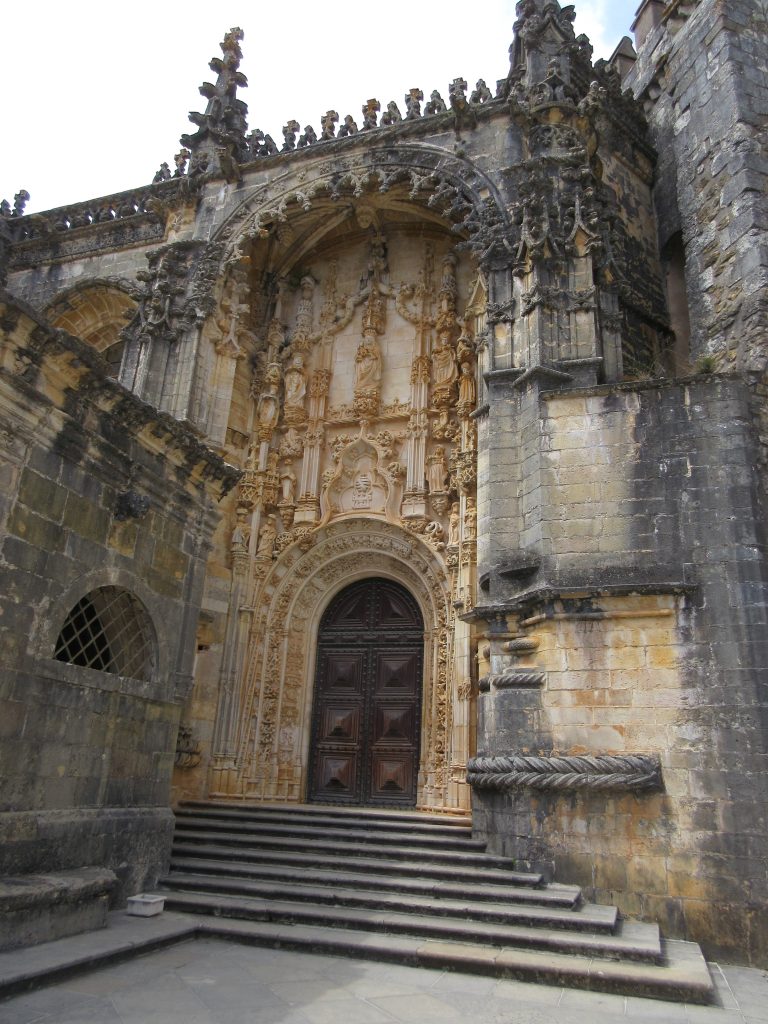 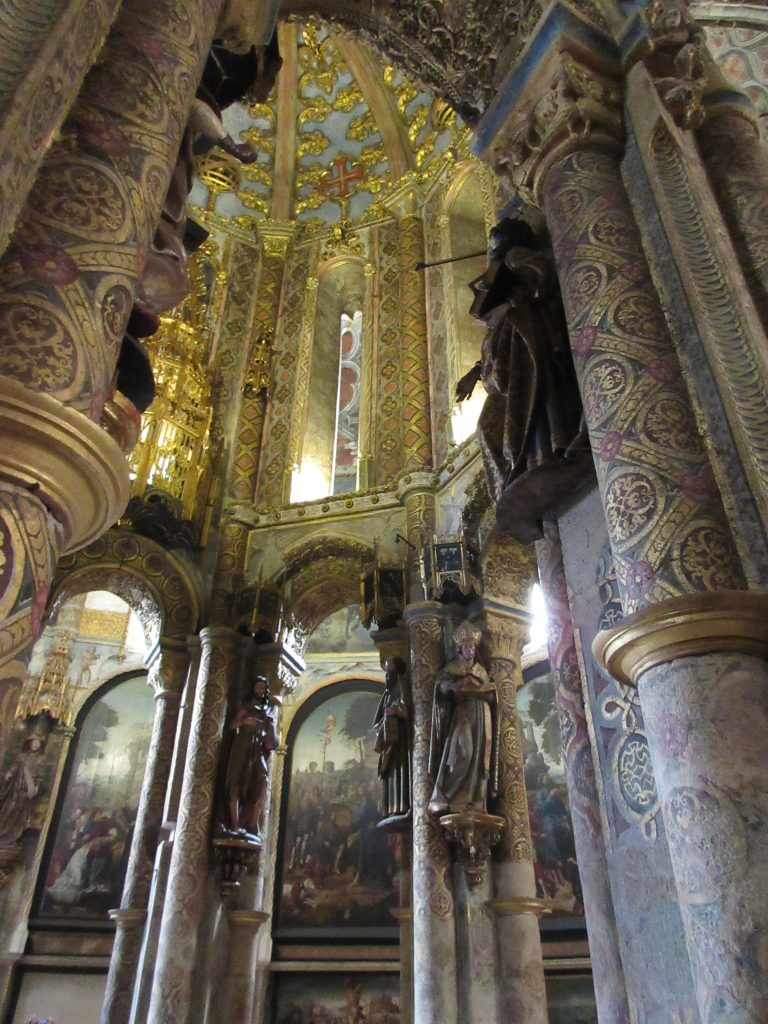 On this day our entire group headed out early by tour bus with a local guide, Dieogo, who took us to the town of Fatima about 2.5 hours south of Porto towards Lisbon. This small town of about 12,000 people became famous when in 1917 three local shepherd children saw an apparition or vision of Our Lady of Fatima believed to be the Virgin Mary.

Today there is a large basilica and sanctuary where pilgrims come to pay tribute to Fatima. Outside the basilica is a very large square where public services are held twice a year. Inside the basilica we saw where each of the three children who had the vision of Our Lady of Fatima are interned. Outside the basilica we saw people crawling on their knees towards the church in hopes of healing an ailment. Also outside the church there is an outdoor open air altar for services and an enormous area where people can buy and burn candles in honor of loved ones or as an offering in praise and prayer of family members and loved ones.

The basilica is simple in ornamentation in comparison to many of the churches we have seen in Portugal but very nice. It is quite large and there were many visitors on the day we were there.  We had a bite for lunch at a restaurant nearby.

After our visit to Fatima we drove about 45-minutes to the town of Tomar to explore the Convento de Cristo built by the Knights of Templar in the 12thcentury. The Templars were a Catholic military order founded in 1119 and was active until 1312. The order was among the wealthiest and most powerful in the world throughout Christendom and grew rapidly in membership and power, although they had to give their money away and give up sex, among other things.  (It might be difficult to recruit these days). They were the most skilled fighting units of the Crusades (and were partially responsible for starting them) and they developed innovative financial techniques that were an early form of banking.

The convent and castle complex was named a UNESCO World Heritage site in 1983. We visited the incredible complex including the circular church ornately decorated with ribbed vaulted ceilings, many sculptures and paintings and colorful painted mural walls. The complex is very extensive with eight cloisters, huge hallways of dormitory rooms, a very large dining room, kitchen and more. It is in extraordinary condition given its age and was such a treat to see.

We walked along the shopping street and had some gelato before taking the bus home, arriving around 9:00 PM.