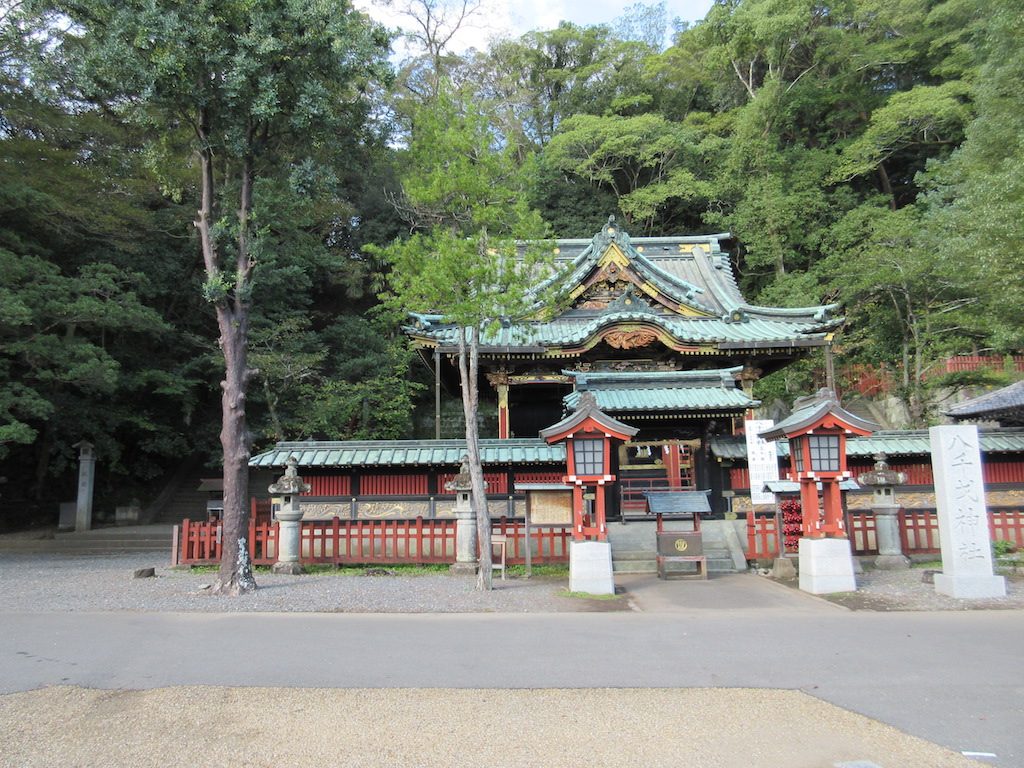 Shimizu is about 25 miles from the town of Tokyo and has a population of about 35,000 inhabitants. Since ancient times, Shimizu has thrived and prospered as a harbor town due to its natural harbor. In 1899 Shimizu was established as an open port for trading with the 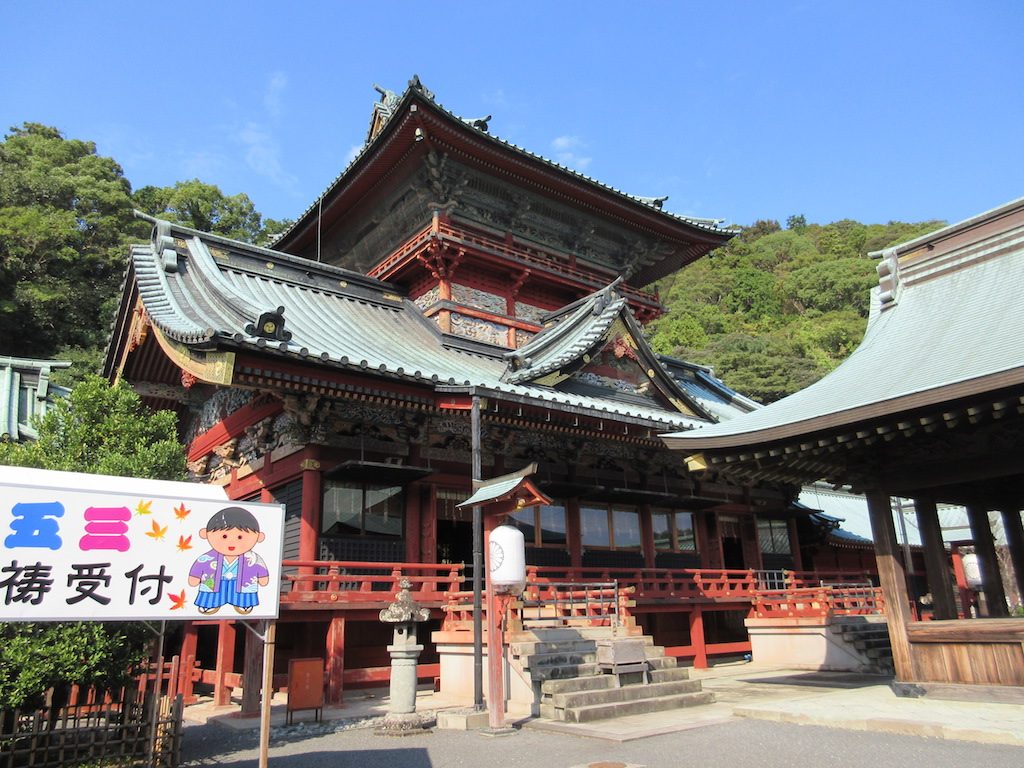 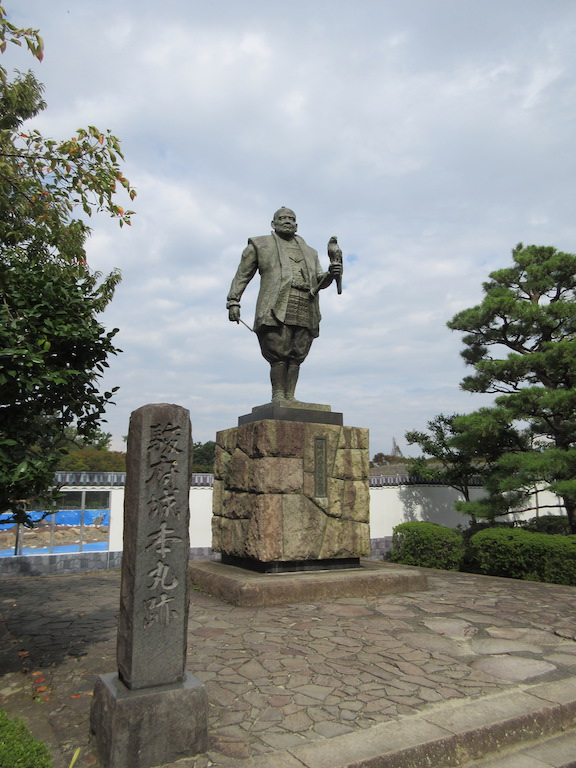 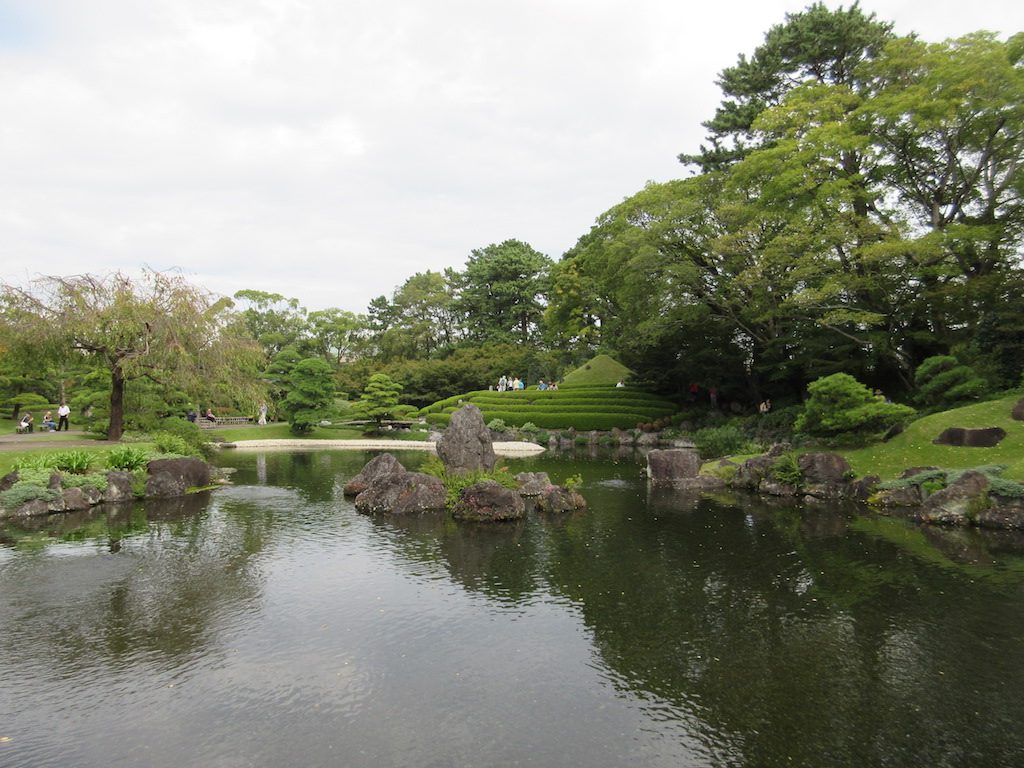 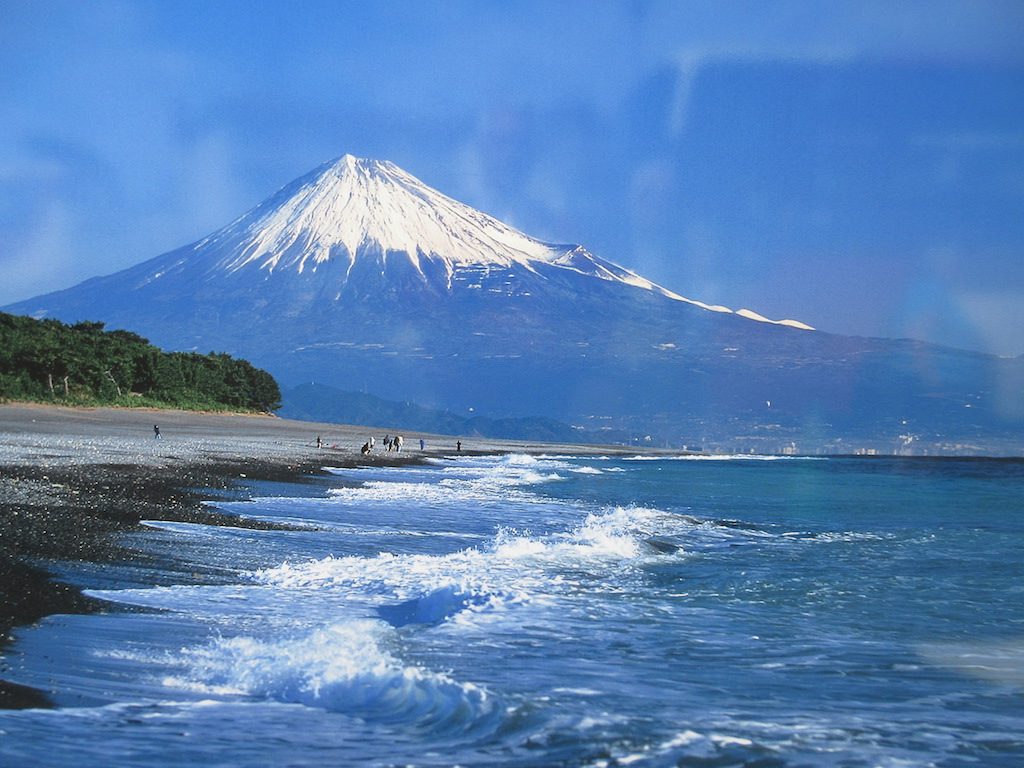 United States and the United Kingdom. Shimizu port is a major commercial fishing port as well as handling tankers for imported natural gas and handles more than 250,000 containers each year in products. The area is known as a producer of Japanese Mandarin oranges, roses and green tea.

Our tour on this day was called “Sunpu Castle Park and Views of Mt. Fuji”. We stepped back in time to explore the key historical sites of Shizuoka. We began at Sunpu Castle Park, built by Shogun Tokugawa Ieyasu in 1585 where we viewed the ruins of this Edo-period castle. We saw its stone walls and moats, the East Gate and guard tower that were reconstructed using original construction plans. The main site of the castle is now being excavated and was mostly closed off. We saw a bronze statue of Ieyasu and an orange tree believed to have been planted by him.

Next, we headed to the Momijiyama Japanese Garden, located adjacent to the Castle Park. The park has four landscaped gardens to represent each of the four seasons and a traditional teahouse. The grounds of the park include a beautiful lake, an iris garden, camellias, a pine grove and a grass covered mount made to represent Mt. Fuji.

Next, we were off to Shizuoka Sengen Shrine — a complex of three main architectural buildings. The shrine features an extensive collection of artifacts from the Tokugawa Shogunate that ruled Japan. The guide that we had today said that the Shinto religion has about 8-million different gods. The buildings here were more ornate than many we have seen and were more colorfully painted. The interesting thing to me is that these temples are not actually used for the people to enter but instead to pray outside of the temple and leave a donation. On the rare occasion of a birth or wedding one can arrange for the priest to take you into the temple for a special prayer although this requires a significant donation which may not be published.

Our last stop was at the Miho-no-Matsubara. This is a picturesque pine grove along the eastern coast of the Miho Peninsula designated as a spot of scenic beauty. We walked about 1/3 of a mile down a boardwalk nestled amongst the pine trees to the rocky beach to try and capture the illusive Mt. Fuji. Unfortunately, our guide let us know that she is a bit shy when handsome men are in her presence and she hides behind the clouds. This day was one of those days when she was hiding.

When we returned to the ship the local heritage organization presented a geisha show on the main stage. They showed us several dances performed by two young girls in white powdered faces and elegant and ornate kimono dress. They also wore hair pieces that you see depicted in photos with the hair up in a very structured curves and flowers attached. Two older women accompanied the girls with one playing a small string instrument and the other singing along.

We saw a documentary called “Walk with Me” about the Zen Buddhist monks and nuns who have dedicated their lives to mastering the art of mindfulness with their famous teacher Thich Nhat Hanh.

Dinner was a Gala night with a Kimono theme so many of the women dressed for the evening in Kimono. Some of the gentlemen had kimonos as well and the dining room was decorated with an Asian theme. Each place setting had a colorful bamboo placemat and chopsticks. Small bamboo plants were on each table and the chairs were covered in red and black fabric to match the napkins.

The entertainment was a singer and comedian from Britain by the name of Jo Little. Her name fit her size as she is a petite woman but she has a wonderful voice.