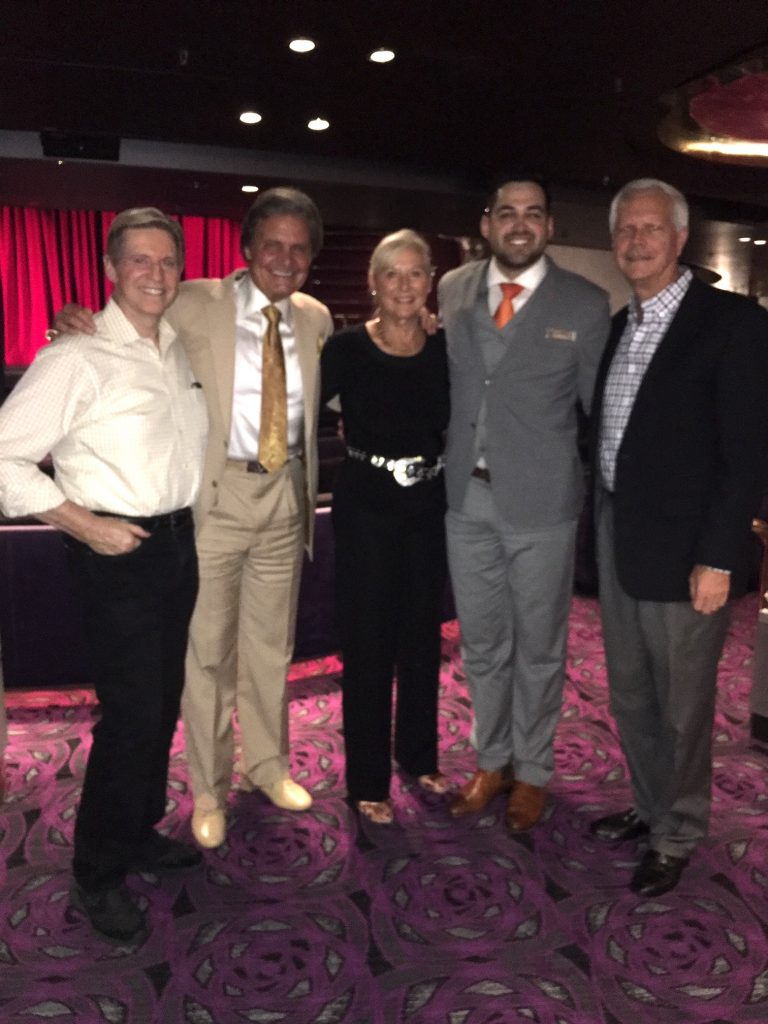 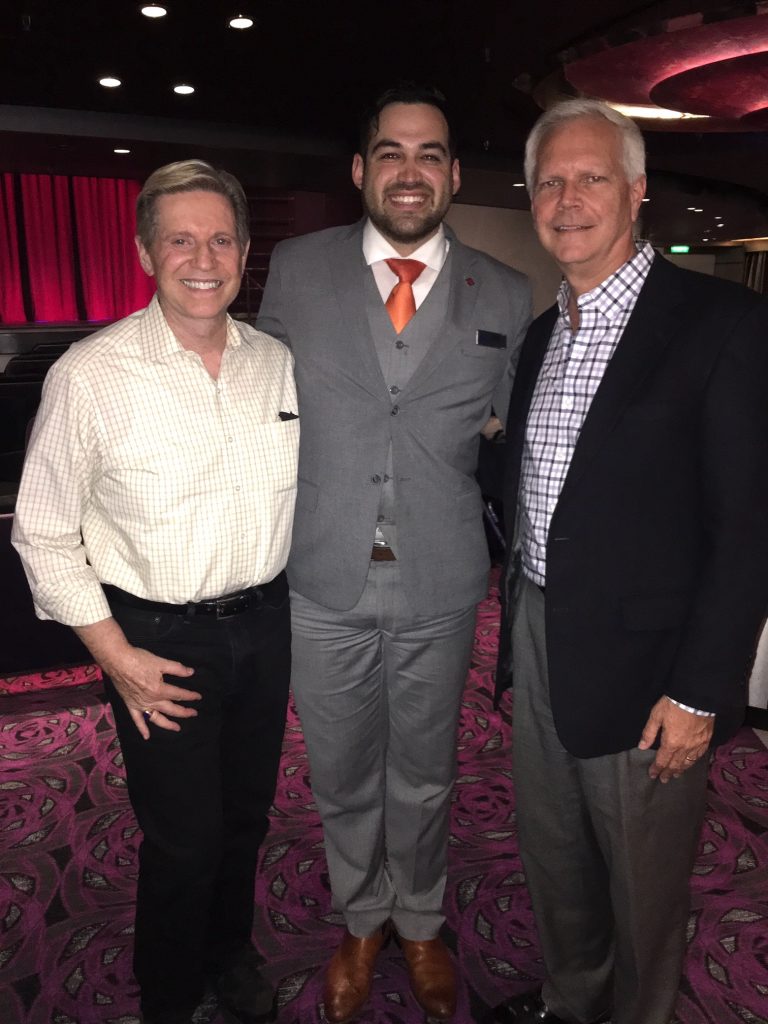 The rough seas continued with the ship rolling from side to side, often interrupted by a violent shaking where things fall off the shelves and everything rattles.

We attended Jorge’s Morning Show with harp player and vocalist from Australia Alana Conway. Next, Ian gave a talk on things to see and do in our two ports in Hawaii.

Kent attended a lecture by Professor David Horne on Pearl Harbor while Mark attended a cooking class in America’s Test Kitchen with Spencer. Spencer showed folks how to make a chicken marsala, a rice pilaf and a chocolate cake. The marsala smelled wonderful and didn’t look too difficult to prepare.

In the afternoon Hawaiian Cultural Ambassador Kainoa gave a lecture on the formation of Hawaii as a territory and later the 50th State of the U.S. Kainoa was very adamant that he was a Polynesian and not an American as he does not live in America but in the Pacific Ocean far from America. He said that young people in Hawaii are carrying on the culture and learning the Hawaiian language.

Kent enjoyed Afternoon Tea with Jeffrey and Madeline while Mark worked on a community puzzle. The puzzle Nazi was not at the puzzle table this afternoon so it was safe to work on the puzzle.

Cruise Specialists host Tom Mullen hosted us at a Hawaiian themed cocktail party in the Explorers Lounge. We had passed hot appetizers and limitless drinks.

The evening’s entertainment was a show by the Amsterdam singers and dancers titled On Tour. Afterward we took photos with Jorge, Alex and Kristen (the passenger dance instructors from Canada) and headed off to our cabin!