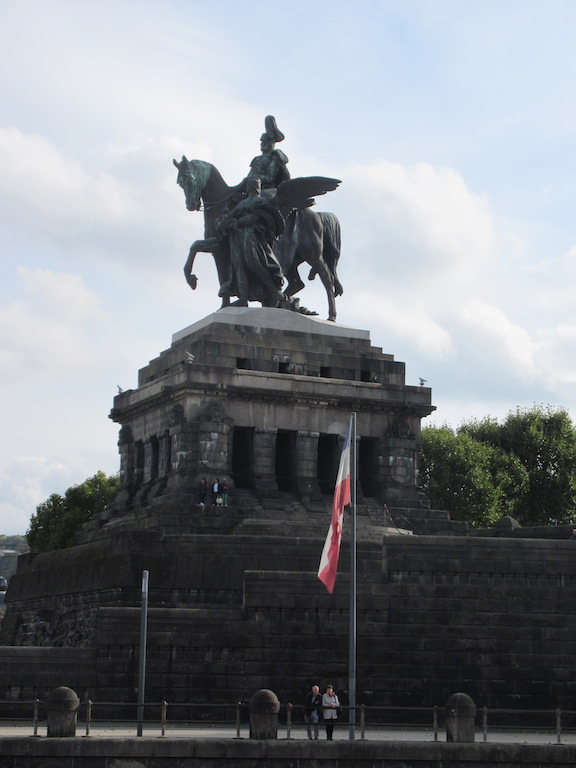 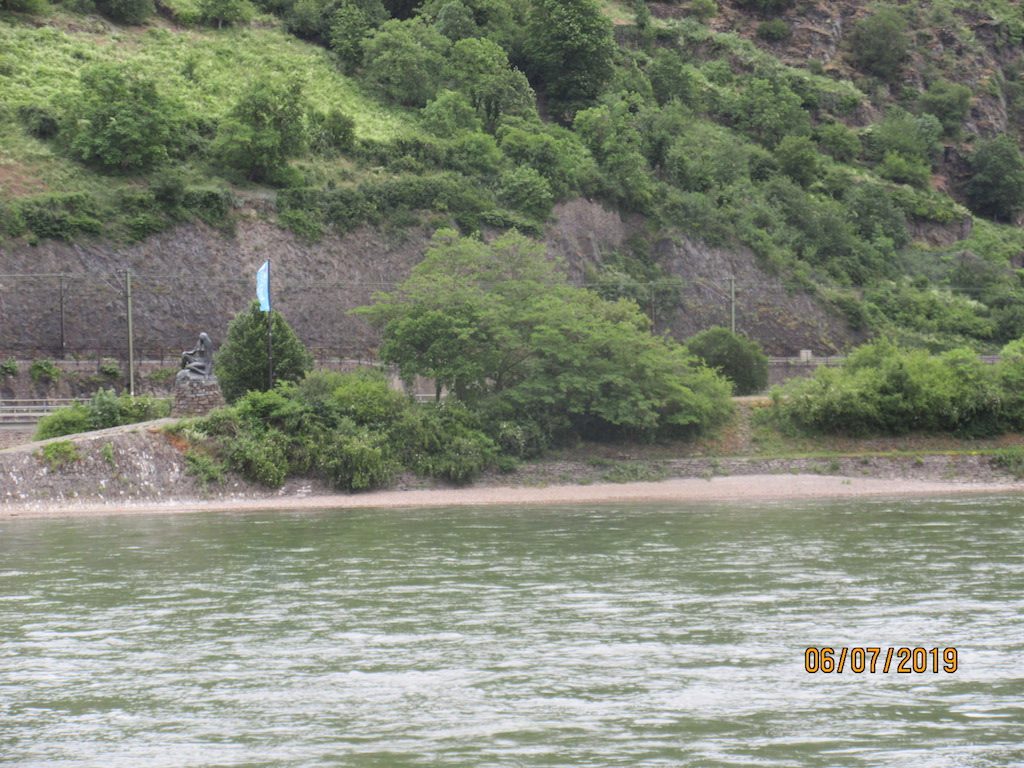 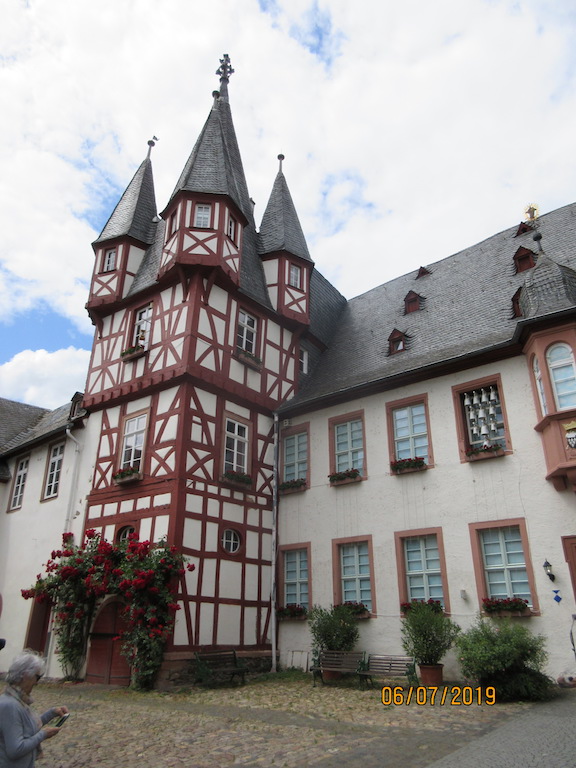 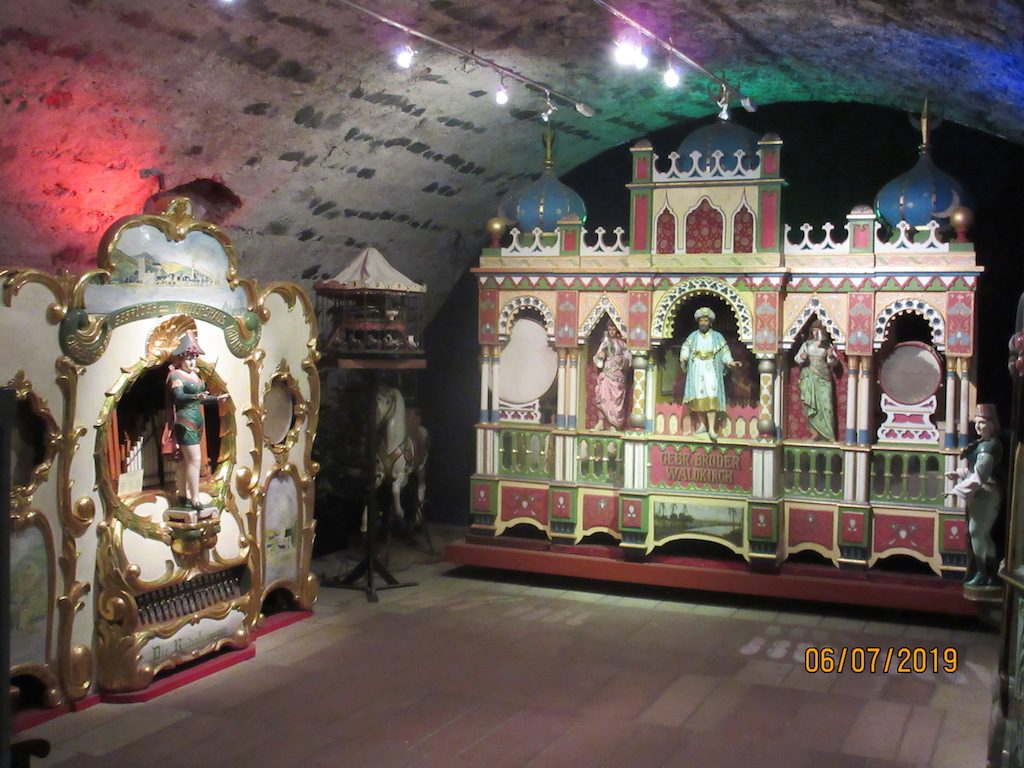 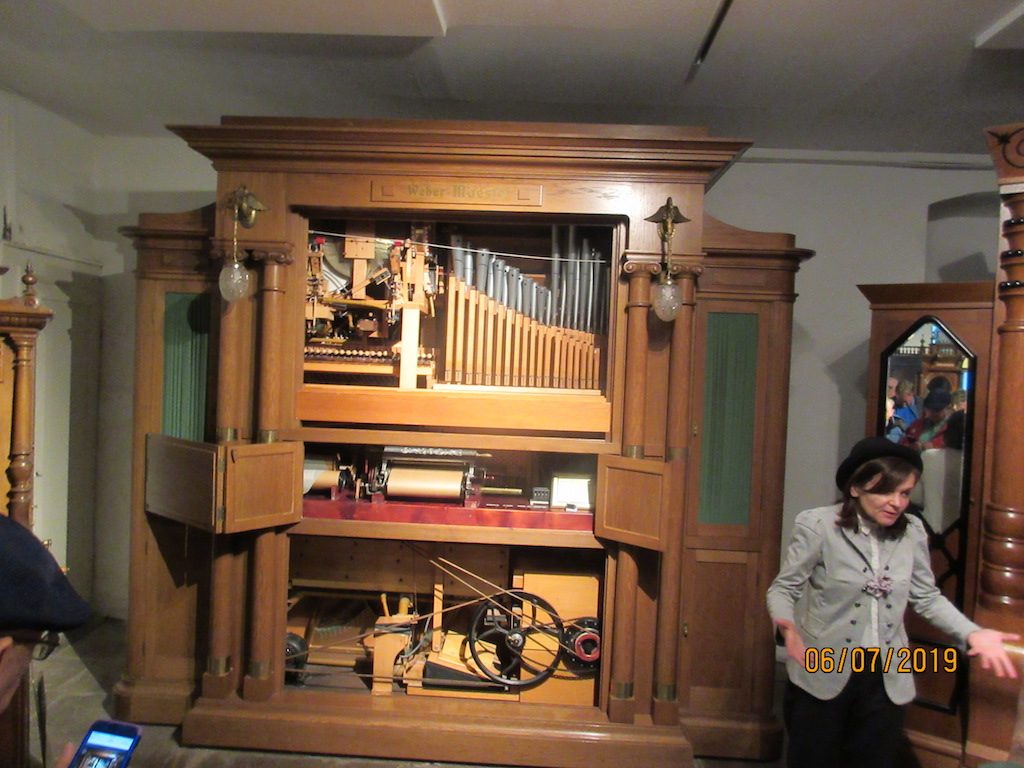 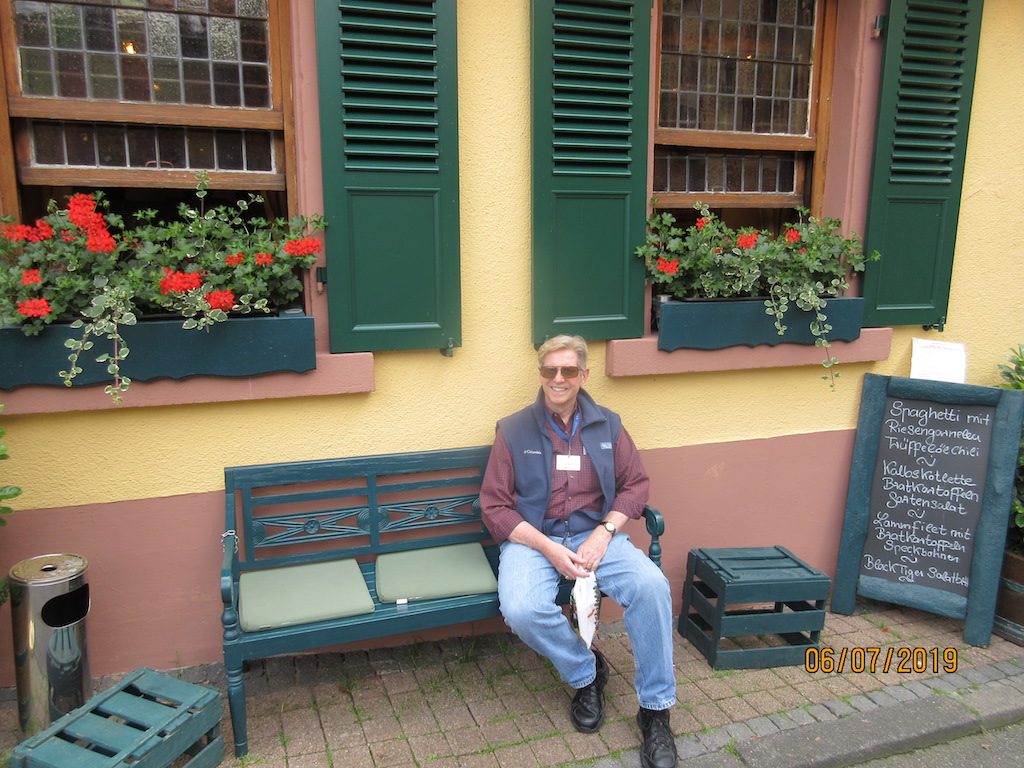 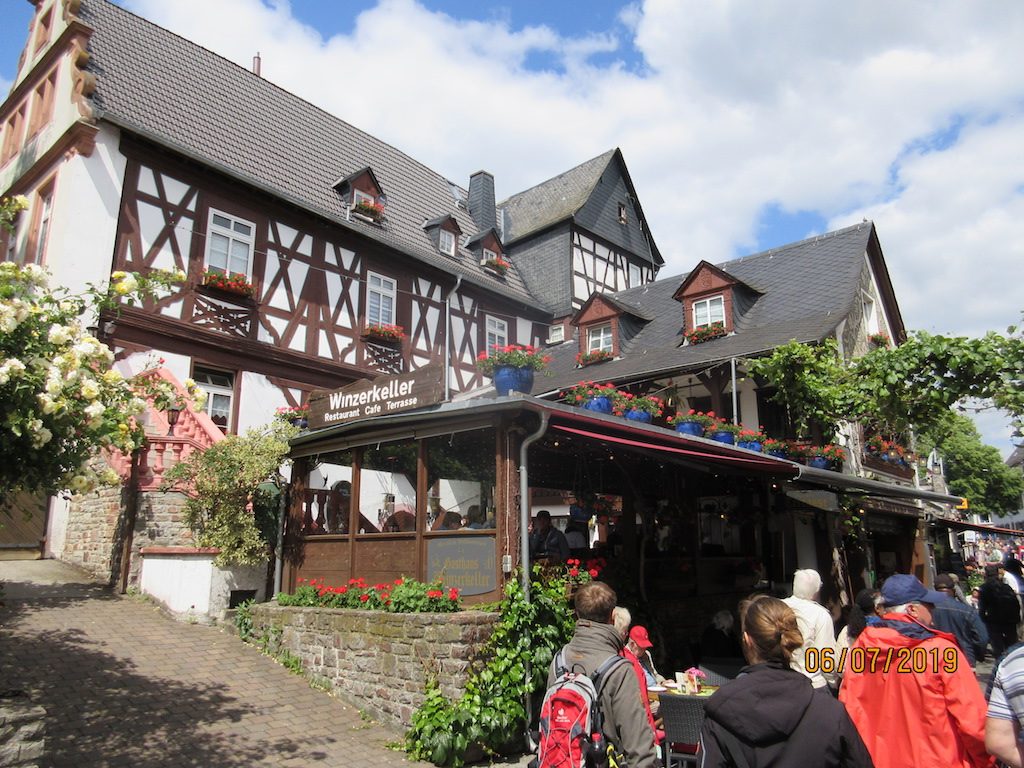 This morning was spent onboard our ship scenic sailing in the Upper Rhine Valley. The river banks are filled with lush green landscapes, hillsides of vineyards, charming villages and towns and enormous castles perched atop the hillsides. We passed the German Corner at the town of Koblenz where the Mozelle and Rhine Rivers merge. The corner features a large monumental statue of William the Great on horseback.

The Upper Rhine Valley is considered the most scenic stretch of the river, and a UNESCO World Heritage Site. Along this stretch we saw many castles, as well as the famous Lorelei Statue and Rock. In 1801, German author Clemens Brentano composed his ballad Zu Bacharach am Rheine as part of a fragmentary continuation of his novel Godwi oder Das steinerne Bild der Mutter. It first told the story of an enchanting female associated with the rock. In the poem, the beautiful Lore Lay, betrayed by her sweetheart, is accused of bewitching men and causing their death. Rather than sentence her to death, the bishop consigns her to a nunnery. On the way thereto, accompanied by three knights, she comes to the Lorelei rock. She asks permission to climb it and view the Rhine once again. She does so and, thinking that she sees her love in the Rhine, falls to her death.

We arrived in Rudesheim early in the afternoon where we took a tram shaped like a small train to Siegfried’s Musikkabinett Museum where they have about 350 self-playing instruments from the past three centuries. We were given a 45-minute tour of the museum that included the playing of a variety of the historic instruments. The museum is housed in an architecturally interesting 15th century knight’s manor house called Bromserhof. The structure is two stories tall with many large rooms featuring ornately painted murals on the walls and ceilings, a stone wine cellar and a lovely colorful garden.

Rüdesheim is an ancient little town, with a population of about 10,000 people, known for outstanding Riesling wines and places to drink them. One charming little street, the Drosselgasse, is lined solidly with pubs and wine taverns. There was a local band performing in the town square as people wandered by or pulled up a chair to enjoy the music while sipping a glass of local wine. The town’s winding streets are very charming with most buildings having colorful flower boxes in the windows and filling any open space.

High above the town and reached by cable car is the colossal Niederwald Monument, which was built in 1877-1883 to commemorate the unification of Germany. Built at an estimated cost of one million gold marks, it stands 125 feet tall. It is a popular spot for superb views of the Rhine Gorge. The monument features a 34-foot-tall Germania (The personification of the German nation or the Germans as a whole depicted as a robust woman with long flowing hair and wearing armour.) figure holding the recovered crown of the emperor in the right hand and in the left hand the imperial sword. Below the statue is a relief of William I riding a horse with nobility, the army commanders and soldiers.