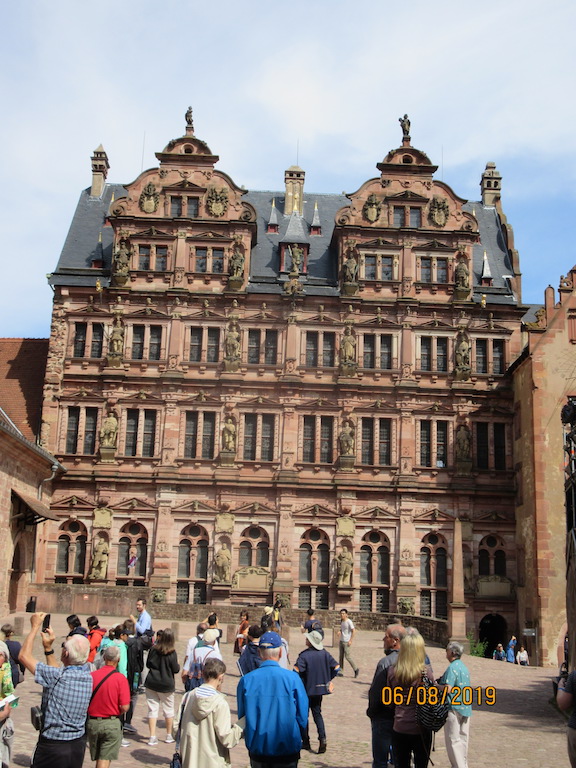 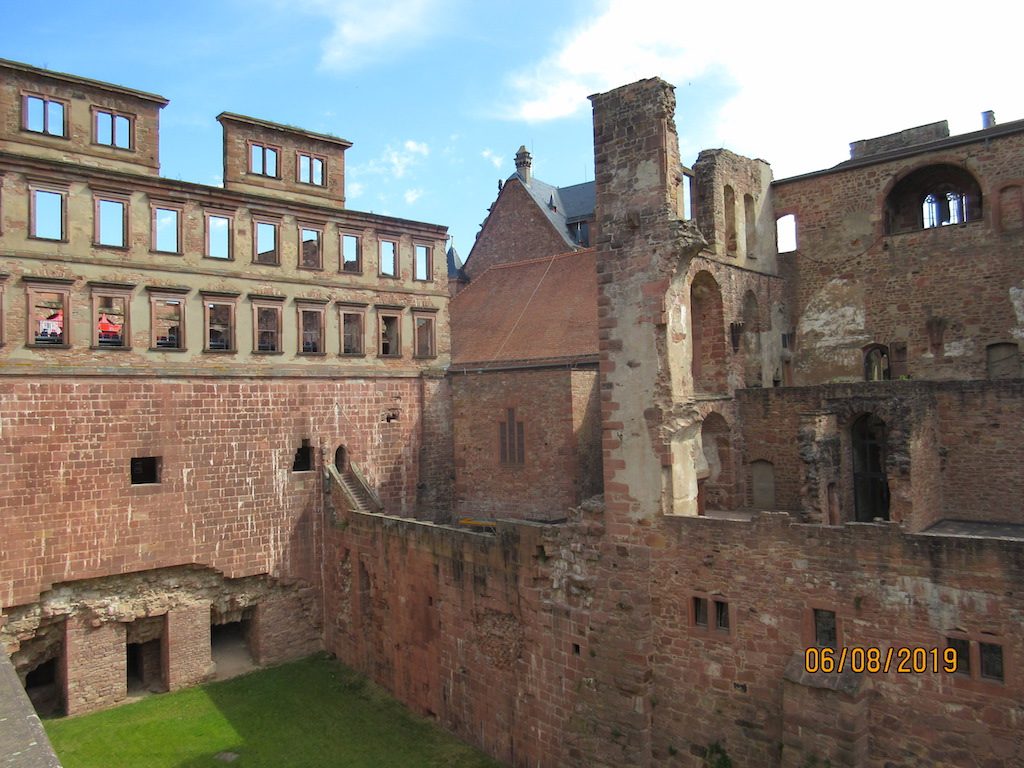 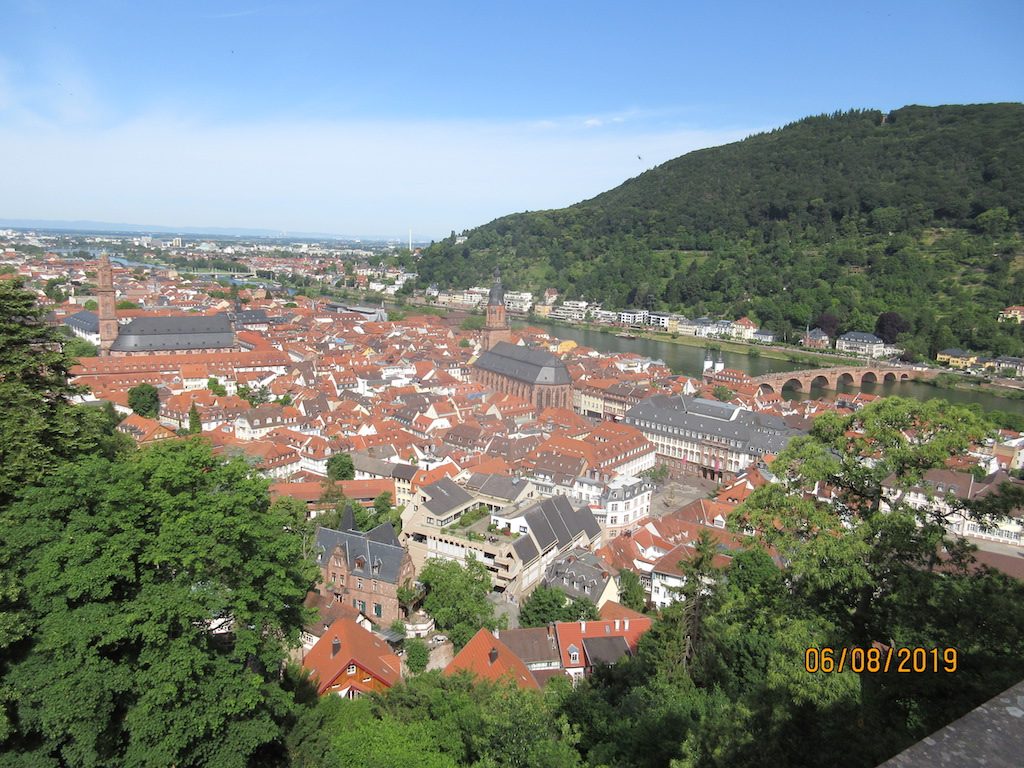 Heidelberg View from the Castle 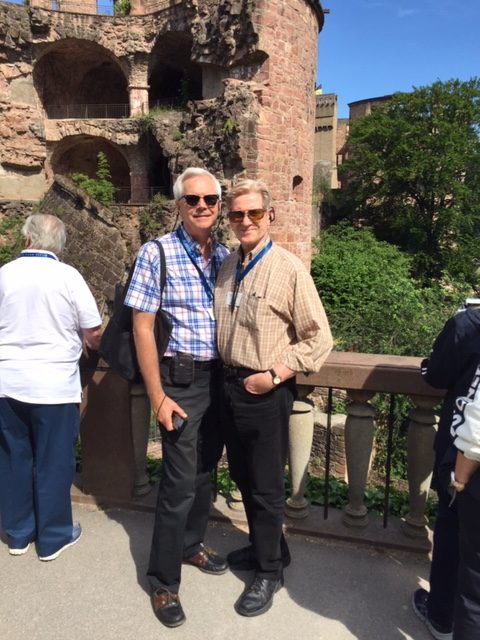 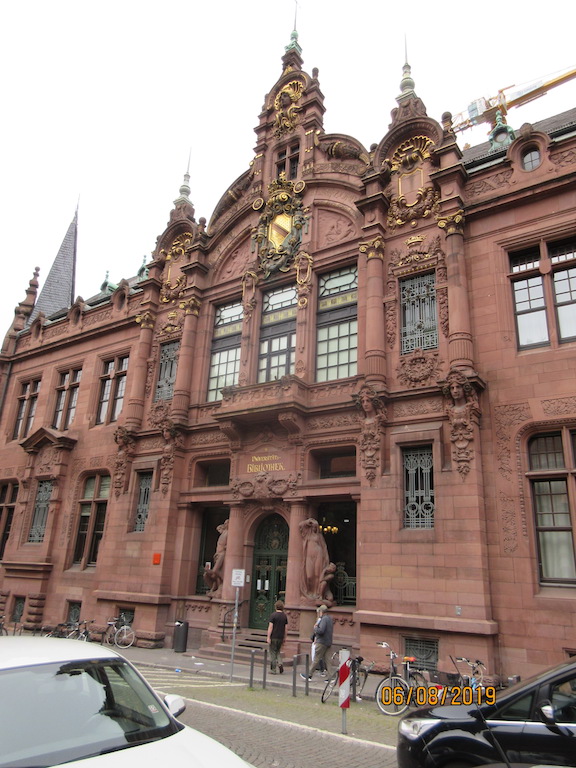 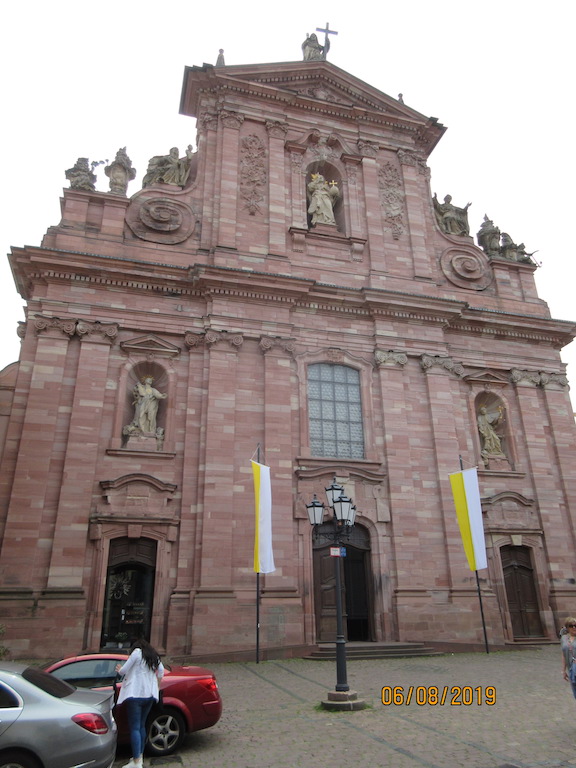 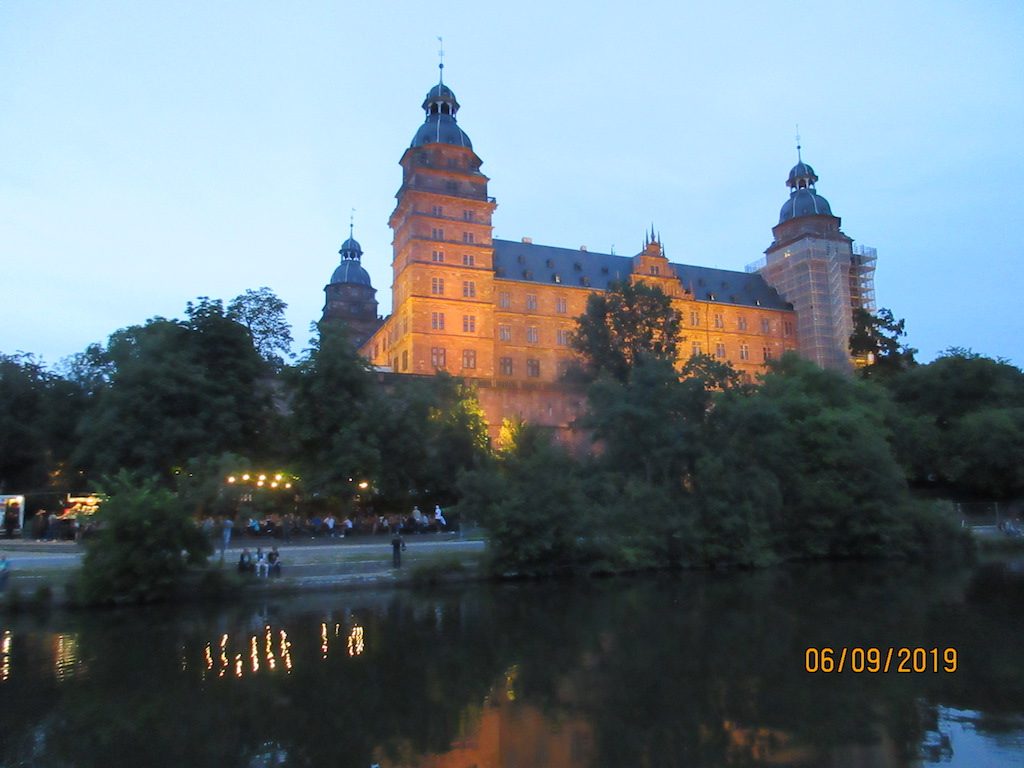 This morning we disembarked our ship in Frankfurt for a full day to Heidelberg, a UNESCO World Heritage Site. Heidelberg most likely gets its name from two words “Heide” meaning pagan and “Berg” meaning mountain, relating to a nearby prehistoric pagan mountain sanctuary. Located in southwestern Germany on the Neckar River, Heidelberg has a population of about 160,000 inhabitants. Heidelberg is home to Germany’s oldest college, Heidelberg University and the 15th-Century Heidelberg Castle. Historic Heidelberg dates back to the 12th century and boasts not only history, but also a tranquil riverside setting. Today, it is a beautifully preserved medieval town that has been called the epitome of romantic Germany. Because Heidelberg escaped damage throughout World War II, many of the buildings in the Old Town are intact and are noteworthy examples of 13th-to 17th- century baroque architecture. Heidelberg is both a popular tourist destination and an educational and research center — home to the Institute of Nuclear Physics, Medical Research, Astronomy, and Foreign Public Law. The town’s many students lend a young face to an old town.

The castle is one of the most famous European castles, an imposing Gothic-Renaissance ruin of red sandstone that illustrates the history of Germany. The earliest castle structure was built before 1214 and later expanded into two castles around 1294. In 1537, a lightning bolt destroyed the upper castle. The present structures had been expanded by 1650, before damage by later wars and fires. In 1764, another lightning bolt caused a fire that destroyed some rebuilt sections. The castle has only been partially rebuilt since its demolition in the 17th and 18th centuries. What remains today is well preserved and quite beautiful as are the views from the castle overlooking the river, town and surrounding countryside. Inside the castle we visited the largest wooden wine barrel in the world that can hold 58,000 gallons of wine. Unfortunately, it was empty!

After visiting the castle, we rode a funicular from the castle to the town center where we took a walking tour of some of the highlights before enjoying lunch at a local restaurant. For lunch we were served a baked burrito-like rolled noodle tortilla filled with spinach, pork, broccoli and cheese. This was served with a potato salad, green salad, fresh bread and pudding for dessert.

Heidelberg is located in one of the warmest regions of Germany making it a place where almond and fig trees flourish along with olive trees. Rose-ringed parakeets and a wild population of Siberian swan geese can be seen on the islands of the Neckar River.

In 1938 the Nazi’s burned down two synagogues at two locations in the city and began deporting 150 Jews to Dachau concentration camp. In 1940 another 281 Jews were sent to Camp Gurs concentration camp in France.

Today, Heidelberg is filled with tourists enjoying the many restaurants, shopping at the many souvenir shops as well as visiting the many gorgeous churches and the castle atop the hill. The architecture of the buildings is quaint and charming, flower boxes are found at many windows and the cobblestone streets are filled with outdoor dining options.

While we were at Heidelberg the ship transited the river to the town of Aschaffenburg where we re-boarded the boat.

After dinner with Ric and Kevin, we enjoyed a local violin/cello entertainment group called the 4 Virtuosos (La Finesse) in the Blue Note Lounge onboard.