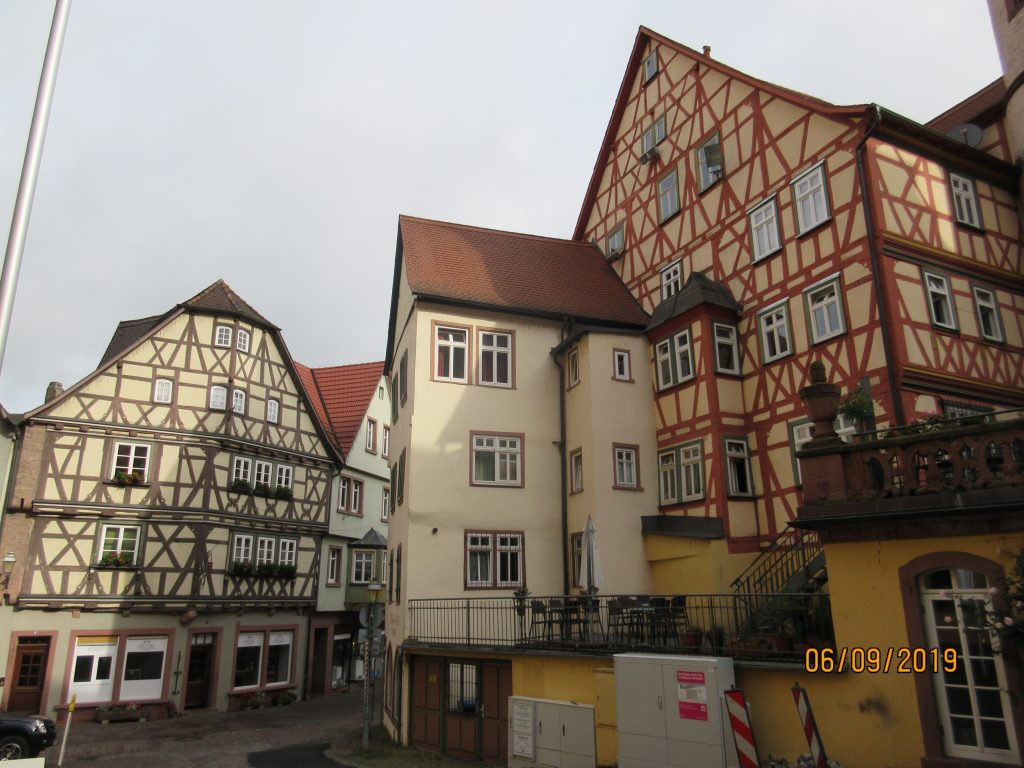 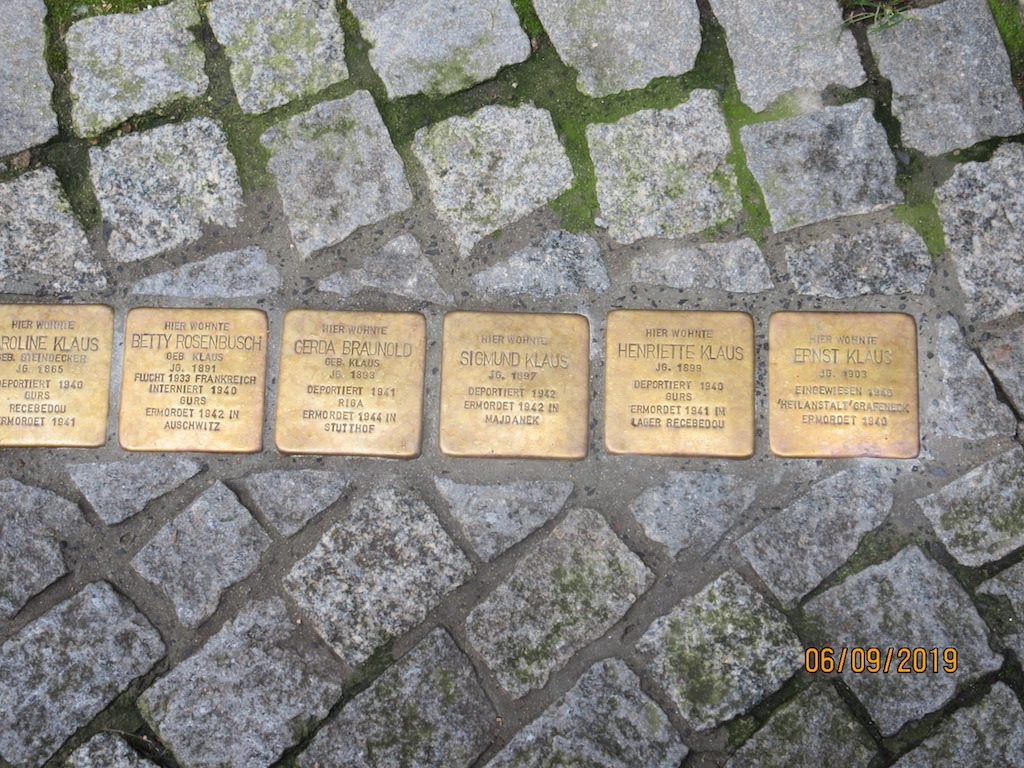 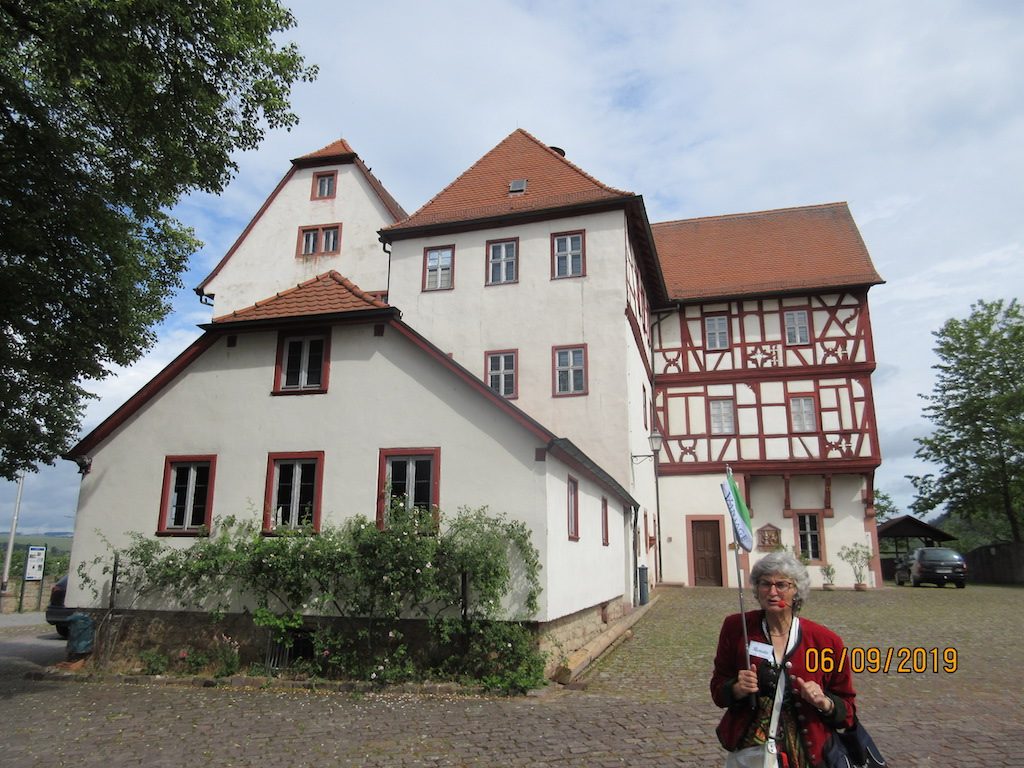 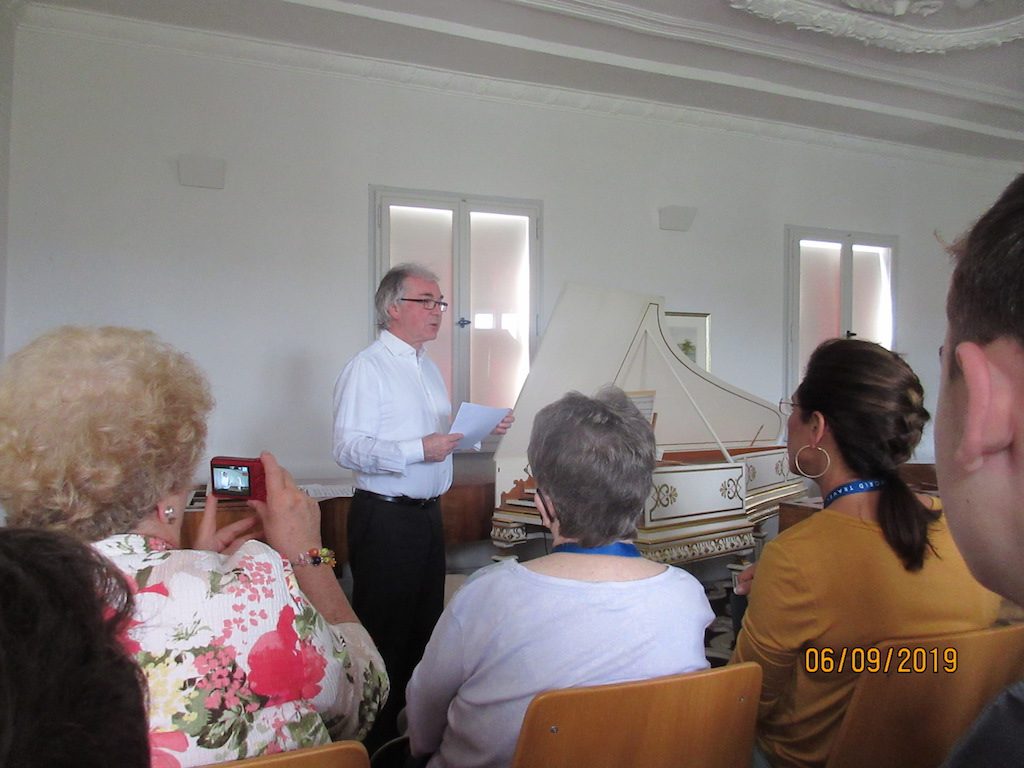 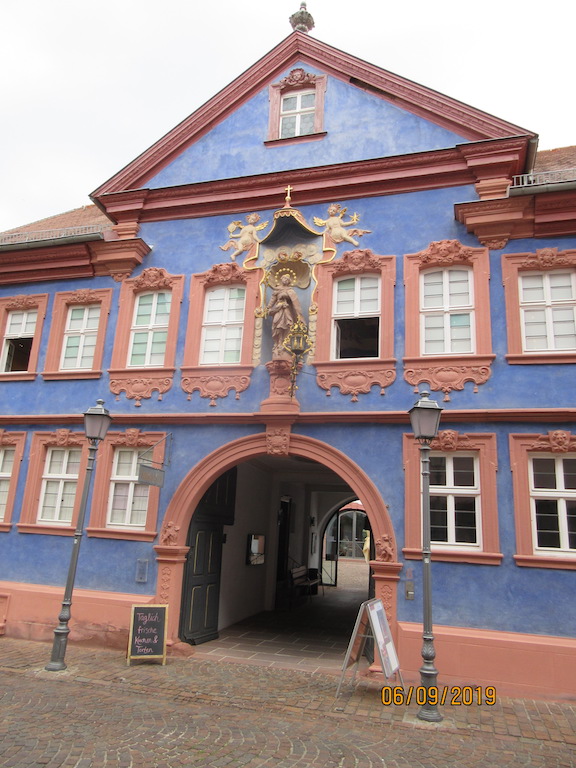 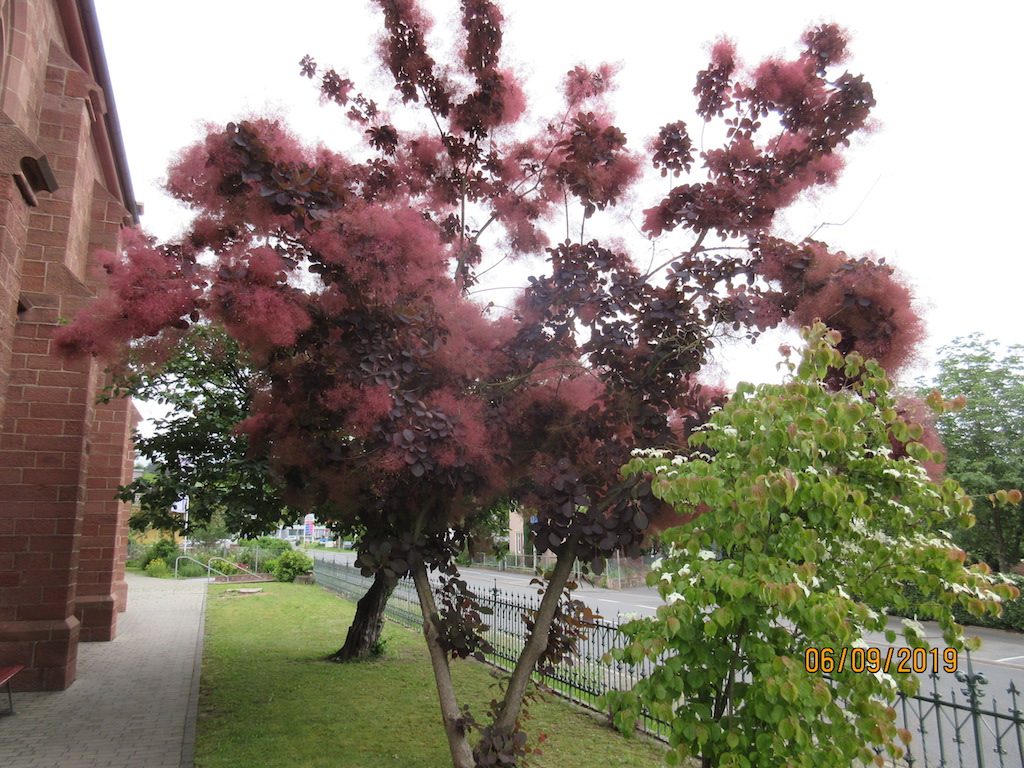 On this day we docked in the charming small village of Wertheim with 24,000 inhabitants and took a short walking tour of the village. It was a national religious holiday for Pentecost so most of the retail shops were closed and only some of the food service shops were open. Many Christians in Germany observe the second day of Pentecost, on the day after Pentecost (Called Whitsunday). Pentecost commemorates the Holy Ghost’s descent on Jesus Christ’s disciples, according to the Bible. The village contained many half-timber homes beautifully painted and maintained. The cobblestone streets were clean and flowers could be found around every corner and in every window box. We visited the interior of the main church where the organist was practicing the organ. In this town as well as many others we see brass plaques in the cobblestone streets outside of buildings indicating where Jewish people killed in the holocaust lived.

After our short tour we headed to a small neighboring village called Triefenstein where we visited the largest private collection of rare 16th and 17th century pianos that are also in working condition. The collection is owned and maintained by Michael Gunther in his large private residence. He walked us through the progression of the first piano-style instrument, the harpsicord, that progressed to the current day piano. Michael is also an accomplished musician who played four of the instruments for us to hear the progression of the instruments. Very interesting.

For lunch we headed to the village of Marktheidenfeld where we enjoyed a barbecue lunch with some traditional live music in a large indoor structure resembling a country barn. They served up traditional German food like Bratwurst, sausages, pork, chicken, potato salad, a green salad, bean salad, cucumber salad and bottomless glasses of beer, wine and soft drinks. A couple of musicians playing the accordion and guitar sang both local German songs as well as a variety of American songs.

After lunch we were transported back to our ship which had transited the river to the town of Marktheidenfeld. This quaint town has a population of about 11,000 inhabitants.

We toured the Franck-Haus built in 1745, known as the home of wine merchant and salesman Franz Valentin Franck. They believe that Franck was the inventor of the first sparkling wine. The home has been beautifully restored and the main ballroom has been restored with ornate ceiling frescos. The residence is used today to house changing art exhibitions and also includes a coffee house.

There are some interesting ladies touring with us. One is 90 years old and is originally from Europe. She walks, dances and is a role model for us all. Another lady is traveling with her husband. However, she has Alzheimer’s and always has a smile, although we’re not sure she knows what is going on. There are three sisters from Buffalo, traveling with our group. They all appeared the first day with miniature crowns…indicating how they wanted to be treated…..they are a hoot. There are other gay and lesbian people traveling with us also.

Dinner in the dining room on this night included a wine pairing menu where they featured three different wines. The food has been acceptable but somethings have been excellent while others are not very good. That has been a bit disappointing.