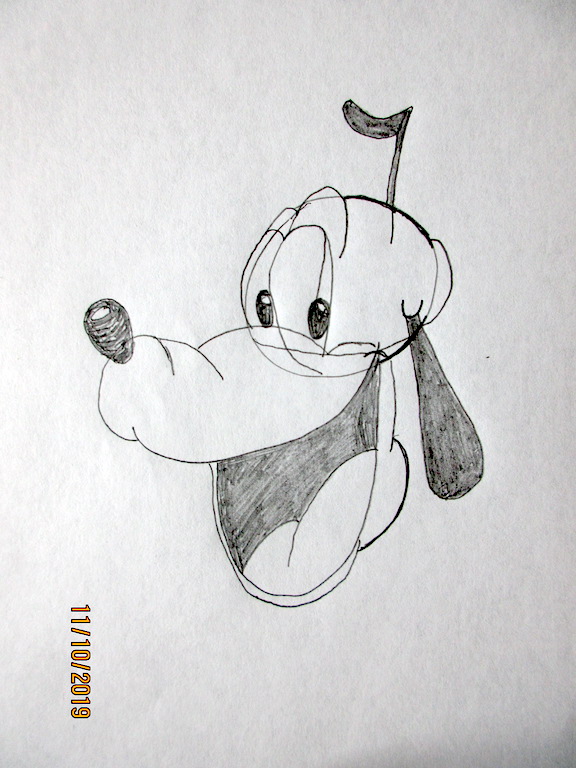 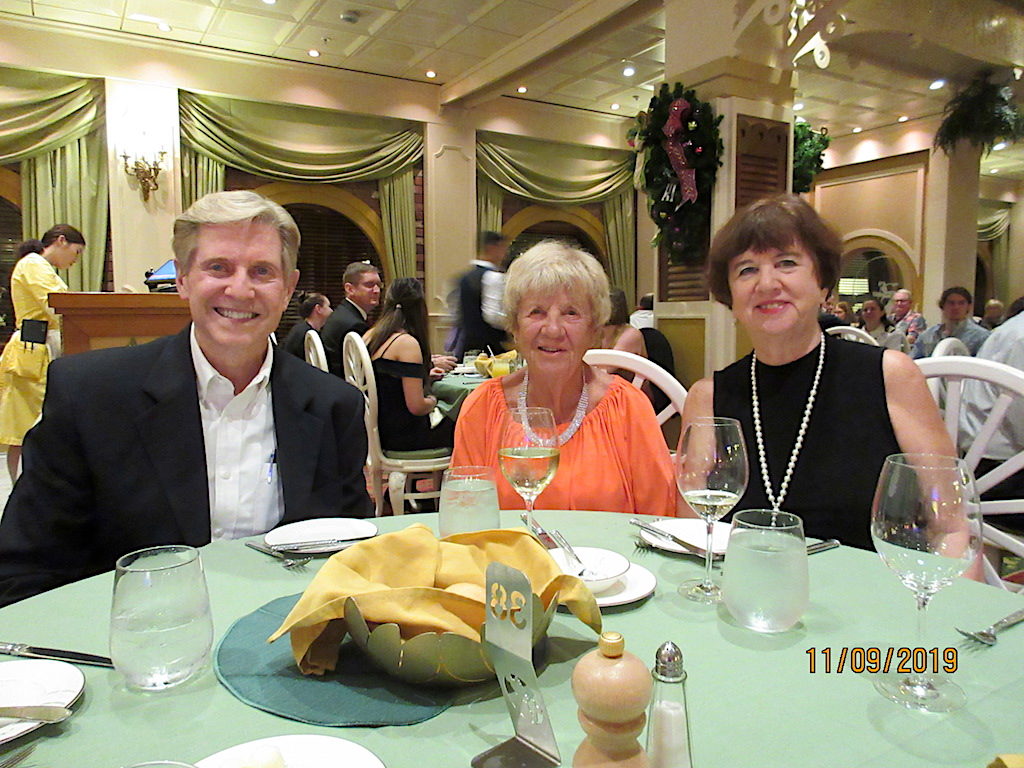 Kent, Claire and Sandy at Dinner 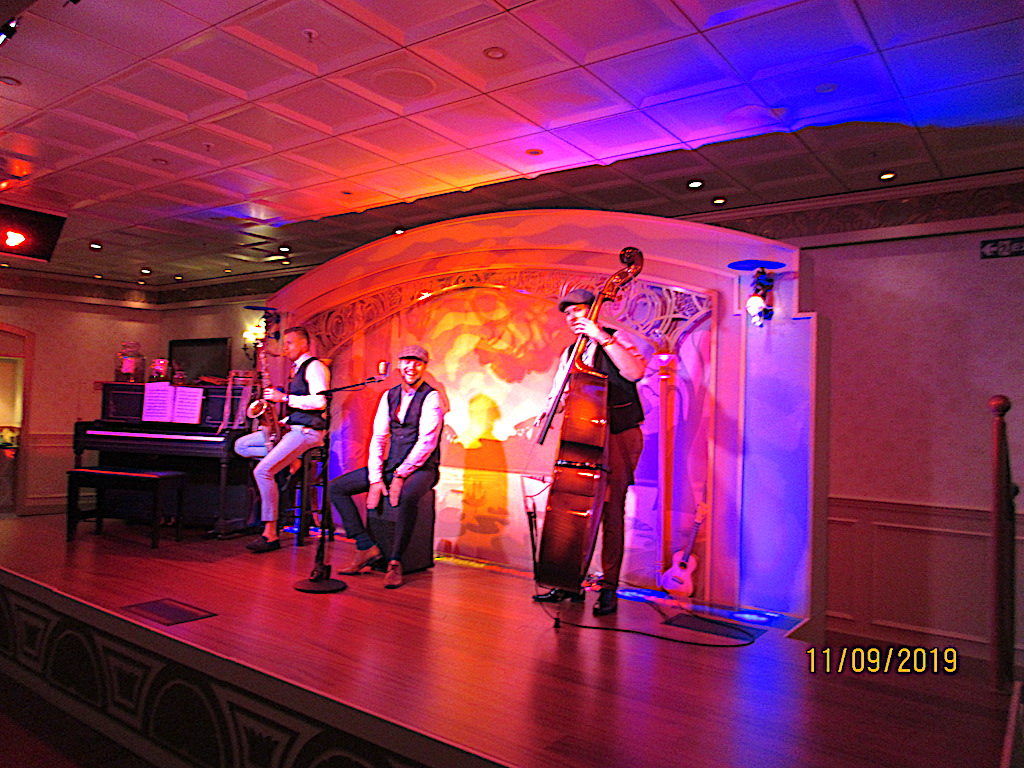 This was a day at sea as we made our way south towards our first port of call, Cabo San Lucas. We also turned our clocks forward one hour as we are also moving east along the Baja California coastline. As we traveled south the air temperature was rising as well.

The Wonder has a series called the Animator where you can learn to draw different Disney characters. On this day they were showing us how to draw Pluto and so Mark gave it a try. It is done one step at a time starting with a circle and then adding one line at a time. See the results of Mark’s efforts above.

We attended a morning lecture with Captain Ken Puckett who spoke about the history of the years prior to the building of the Panama Canal. Captain Puckett served in the US Navy and the US Army before serving for 16 years as a Senior Panama Canal Pilot. During his career he piloted over 1,440 merchant and military vessels through the Panama Canal, so he is very familiar with its workings. He has quite a sense of humor and will be giving several lectures over the coming week.

There is a Disney Company employee who is the Director of Corporate Communications onboard by the name of Jeffrey Epstein. He gave a presentation about what is happening with Disney. Jeffrey works to provide consistent messaging to the media, employees, and guests. He also oversees the Disney archives, the Disney Fan Club, the D23 Expo, publications, website and social media. Many of the things Jeffrey spoke of were foreign to us as we are not as big Disney fans as many of the guests onboard and knew very little about Disney activities.

There was a Captain’s Welcome Reception in the lobby where they served drinks and had many photographers taking photos of the guests. It was a formal night and many of the guests were dressed beautifully whole others could be found wearing t-shirts and jeans. Many of the guests, particularly the women, wear Minnie Mouse ears and bows on their heads at all times. They come in all colors from black and white plaid to sequin covered and everything in between. Many of the children are dressed in princess dresses and Disney logo clothes are seen everywhere.

Before dinner we attended the Golden Mickeys, a theatrical show featuring songs and vignettes of many Disney musical shows and characters. There is a cast of singers and dancers onboard who performed in the vignettes and many of the most loved Disney characters made appearances, including Mickey.

For dinner, we ate tonight in Tiana’s Place dining room, which is a New Orleans themed restaurant with a small stage to one side. A trio played a variety of music from the south during dinner and Tiana greeted us at the door and came around to each table to meet the guests. The food has a New Orleans theme like spicy crab dip, Louisiana style chicken, etc. We went right to the cabin after dinner to sleep.