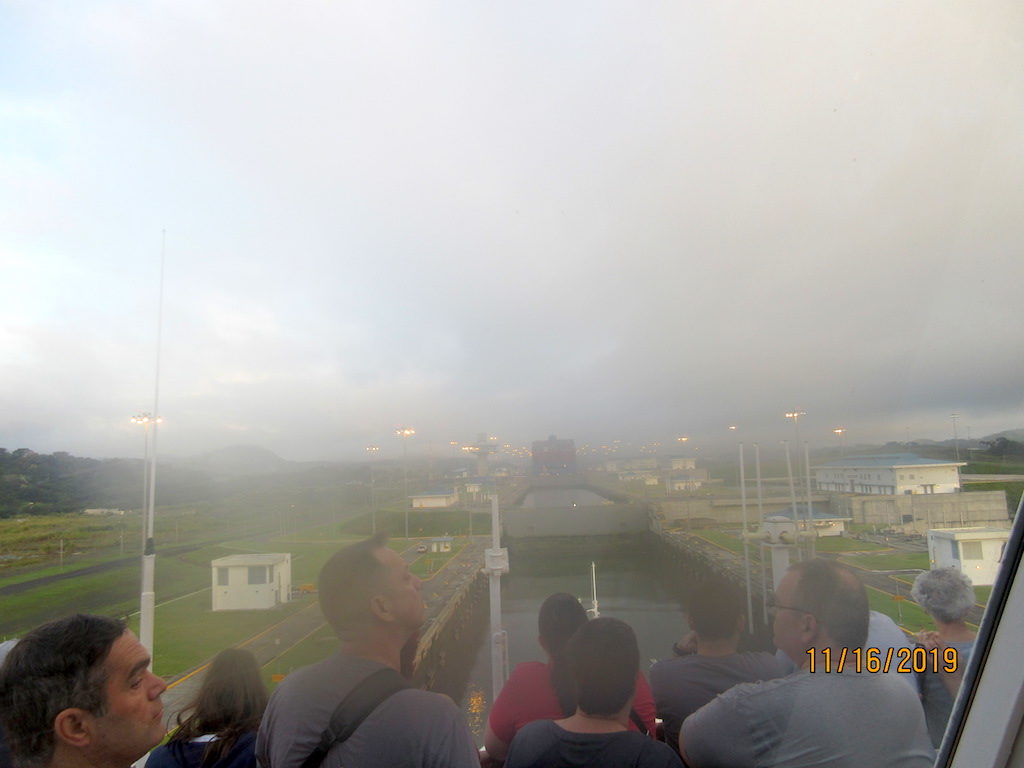 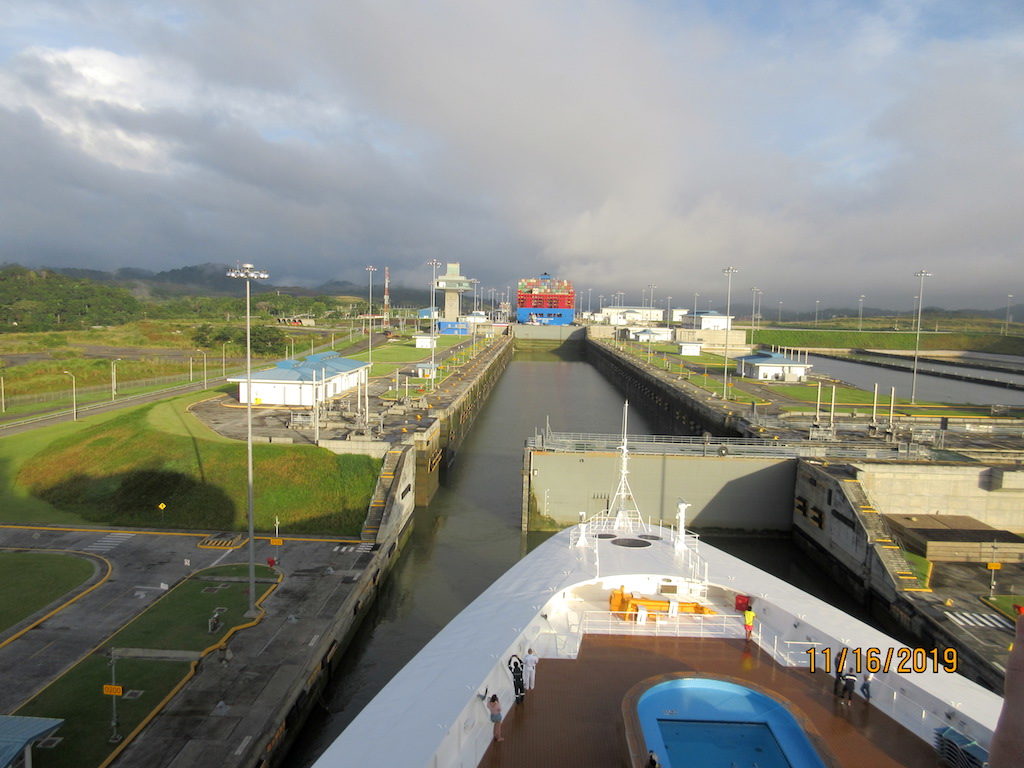 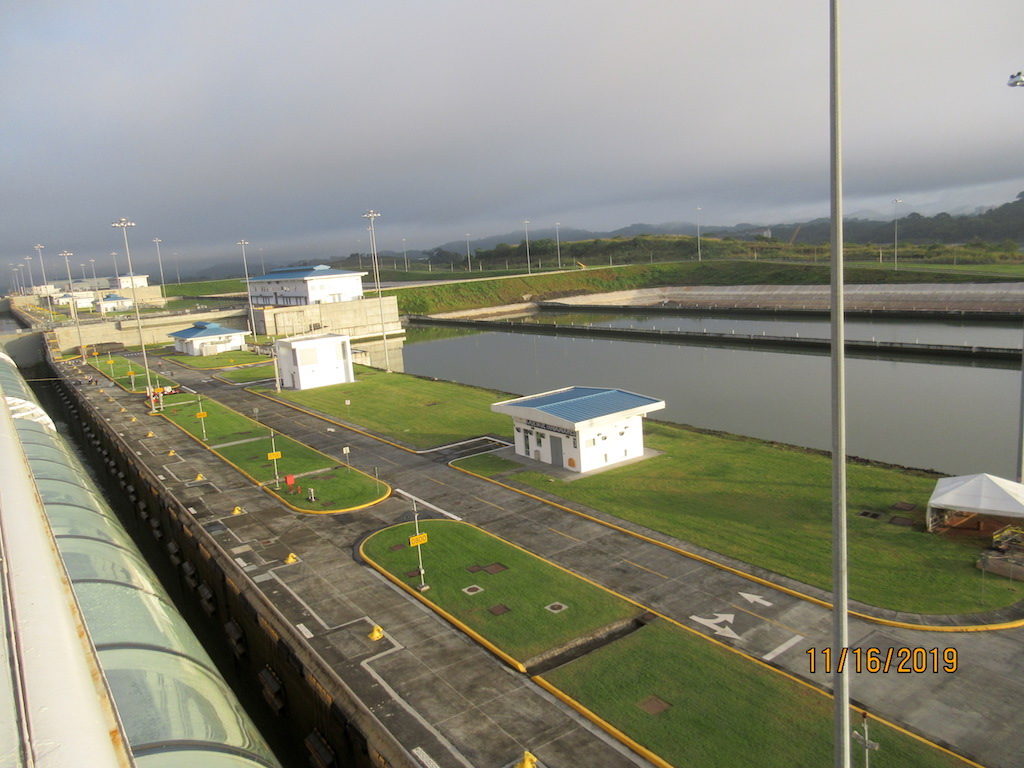 The Panama Canal is an artificial waterway across the Isthmus of Panama connecting the Atlantic Ocean with the Pacific Ocean. The canal was opened in and was one of the largest and most difficult engineering projects ever undertaken. The canal created a huge cost saving short cut for cargo ships allowing them to avoid the southernmost tip of South America.

In order to reduce the amount of excavation work needed to connect the two bodies of water, a system of locks was installed. These locks raise ships 85 feet above sea level to cross the Isthmus and then lower the ships back to sea level. The original locks were 110 feet wide, but in 2016 a new expanded canal allowed transit of today’s largest cargo ships. The new larger locks are 1,400 feet in length, 180 feet wide and 60 feet deep. Today about 14,000 Vessels transit the canal annually. The time that it takes to pass through the canal is approximately 8-10 hours. An average cruise ship pays about $50,000 to transit the canal.

Our estimated time to enter the Cocoli Locks was about 5:00am but when we awoke and looked out the window about 6:00am we had not yet entered the locks. We decided to go up on deck to check out our transit with most of the other ship’s guests. We found that we were delayed entering the locks because there was a large container ship already in the lock most likely from the night before. It was believed that fog and or night fall had delayed the container ship from exiting the lock the night before. These mega container ships only move through the canal during daylight hours and when they can see ahead of themselves according to Captain Puckett.

Due to our transit of the canal and its uncertain timing there were very few activities planned for the day. Folks enjoyed a nearly rain free day on deck of partly sunny skies and warm humid temperatures. The scenery along the Culebra Cut and the Gatun Lake is extremely lush and green due to the large amount of annual rain fall exceeding 100 inches.

It took us until nearly 5:00pm to transit the entire canal and to exit the Agua Clara Locks into the Caribbean Sea.

In the afternoon, Kent took in the movie The Toy Story 4 in 3D. He thought that it was very sweet and cried through the film.

The evening’s entertainment was the Disney movie Maleficent Mistress of Evil with Angelina Jolie. Not sure that I understood much of the movie but there were beautiful scenes, sweet fairies and tons of imagination.